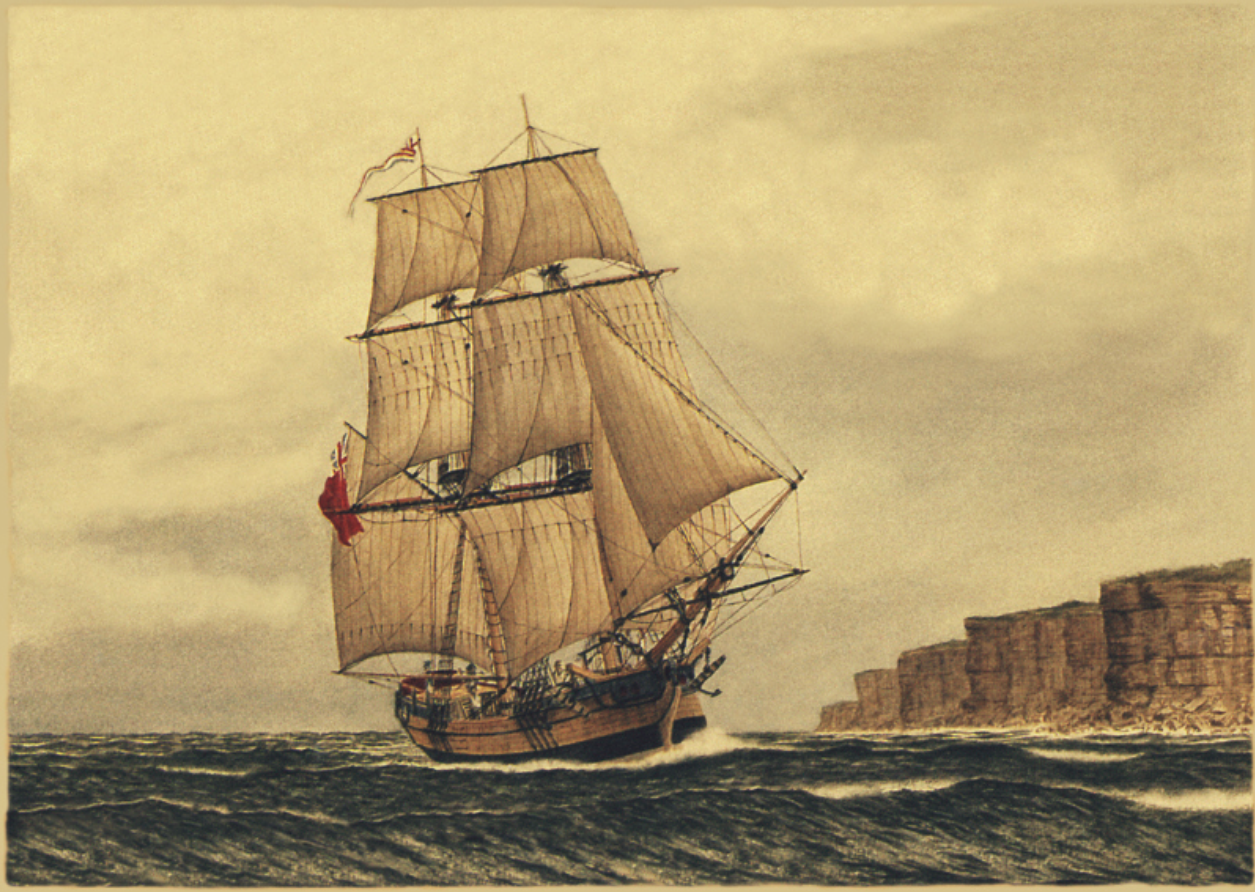 By the Commissioners for executing the office of Lord High Admiral of Great Britain & ca.
Additional Instructions for Lt James Cook, Appointed to Command His Majesty’s Bark the Endeavour

Whereas the making Discoverys of Countries hitherto unknown, and the Attaining a Knowledge of distant Parts which though formerly discover’d have yet been but imperfectly explored, will redound greatly to the Honour of this Nation as a Maritime Power, as well as to the Dignity of the Crown of Great Britain, and may tend greatly to the advancement of the Trade and Navigation thereof; and Whereas there is reason to imagine that a Continent or Land of great extent, may be found to the Southward of the Tract lately made by Captn Wallis in His Majesty’s Ship the Dolphin (of which you will herewith receive a Copy) or of the Tract of any former Navigators in Pursuit of the like kind, You are therefore in Pursuance of His Majesty’s Pleasure hereby requir’d and directed to put to Sea with the Bark you Command so soon as the Observation of the Transit of the Planet Venus shall be finished and observe the following Instructions. You are to proceed to the Southward in order to make discovery of the Continent abovementioned until’ you arrive in the Latitude of 40°, unless you sooner fall in with it. But not having discover’d it or any Evident sign of it in that Run you are to proceed in search of it to the Westward between the Latitude beforementioned and the Latitude of 35° until’ you discover it, or fall in with the Eastern side of the Land discover’d by Tasman and now called New Zeland.

If you discover the Continent abovementioned either in your Run to the Southward or to the Westward as above directed, You are to employ yourself diligently in exploring as great an Extent of the Coast as you can carefully observing the true situation thereof both in Latitude and Longitude, the Variation of the Needle; bearings of Head Lands Height direction and Course of the Tides and Currents, Depths and Soundings of the Sea, Shoals, Rocks &ca and also surveying and making Charts, and taking Views of Such Bays, Harbours and Parts of the Coasts as may be useful to Navigation. You are also carefully to observe the Nature of the Soil, and the Products thereof; the Beasts and Fowls that inhabit or frequent it, the Fishes that are to be found in the Rivers or upon the Coast and in what Plenty and in Case you find any Mines, Minerals, or valuable Stones you are to bring home Specimens of each, as also such Specimens of the Seeds of the Trees, Fruits and Grains as you may be able to collect, and Transmit them to our Secretary that We may cause proper Examination and Experiments to be made of them. You are likewise to observe the Genius, Temper, Disposition and Number of the Natives, if there be any and endeavour by all proper means to cultivate a Friendship and Alliance with them, making them presents of such Trifles as they may Value inviting them to Traffick, and Shewing them every kind of Civility and Regard; taking Care however not to suffer yourself to be surprized by them, but to be always upon your guard against any Accidents.

You are also with the Consent of the Natives to take Possession of Convenient Situations in the Country in the Name of the King of Great Britain: Or: if you find the Country uninhabited take Possession for his Majesty by setting up Proper Marks and Inscriptions, as first discoverers and possessors.

But if you shall fail of discovering the Continent beforemention’d, you will with upon falling in with New Zeland carefully observe the Latitude and Longitude in which that Land is situated and explore as much of the Coast as the Condition of the Bark, the health of her Crew, and the State of your Provisions will admit of having always great Attention to reserve as much of the latter as will enable you to reach some known Port where you may procure a Sufficiency to carry You to England either round the Cape of Good Hope, or Cape Horn as from Circumstances you may judge the Most Eligible way of returning home.

You will also observe with accuracy the Situation of such Islands as you may discover in the Course of your Voyage that have not hitherto been discover’d by any Europeans and take Possession for His Majesty and make Surveys and Draughts of such of them as may appear to be of Consequence, without Suffering yourself however to be thereby diverted from the Object which you are always to have in View, the Discovery of the Southern Continent so often Mentioned.

But for as much as in an undertaking of this nature several Emergencies may Arise not to be foreseen, and therefore not to be particularly to be provided for by Instruction beforehand, you are in all such Cases to proceed, as, upon advice with your Officers you shall judge most advantageous to the Service on which you are employed.

You are to send by all proper Conveyance to the Secretary of the Royal Society Copys of the Observations you shall have made of the Transit of Venus; and you are at the same time to send to our Secretary for our information accounts of your Proceedings, and Copys of the Surveys and discoverings you shall have made and upon your Arrival in England you are immediately to repair to this Office in order to lay before us a full account of your Proceedings in the whole Course of your Voyage; taking care before you leave the Vessel to demand from the Officers and Petty Officers the Log Books and Journals they may have Kept, and to seal them up for our inspection and enjoyning them, and the whole Crew, not to divulge where they have been until’ they shall have Permission so to do.