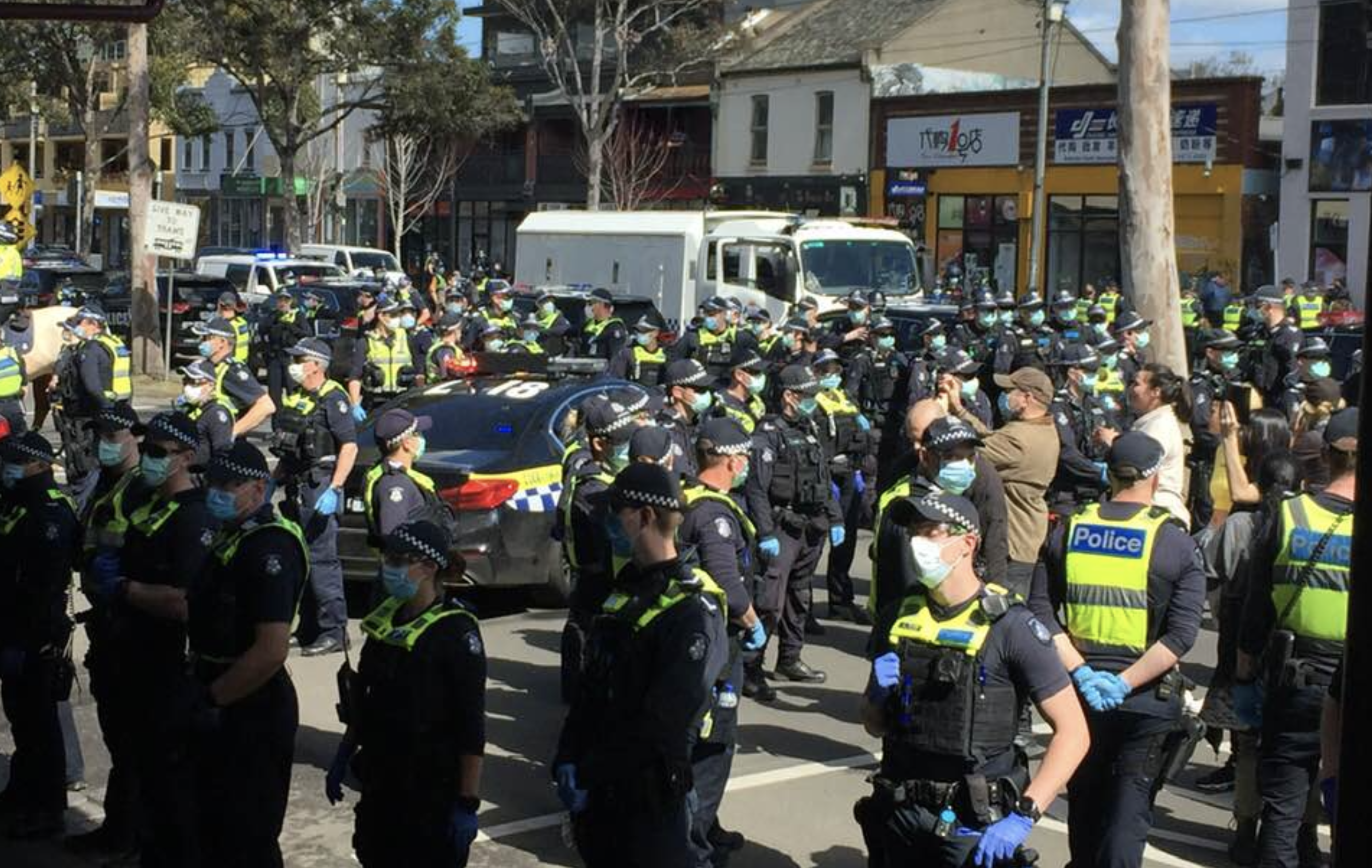 Home »Police»Police State denial of the right to politically protest.

Victoria Government Gazette No. S 505 Wednesday 15 September 2021 is a government gazette by the Assistant Commissioner, North West Metro, acting as a delegate of the Chief Commissioner of Police under section 10D(1) of the Control of Weapons Act 1990 over the area of Melbourne CBD and surrounding areas, this is in response to the Upcoming Freedom Protest.

Planned designation of an area

(i)     more than one incident of violence or disorder has occurred in that area in the previous 12 months that involved the use of weapons; or

(ii)     an event is to be held in that area and incidents of violence or disorder involving the use of weapons have occurred at previous occasions of that event (wherever occurring); and

(b)     there is a likelihood that the violence or disorder will recur.