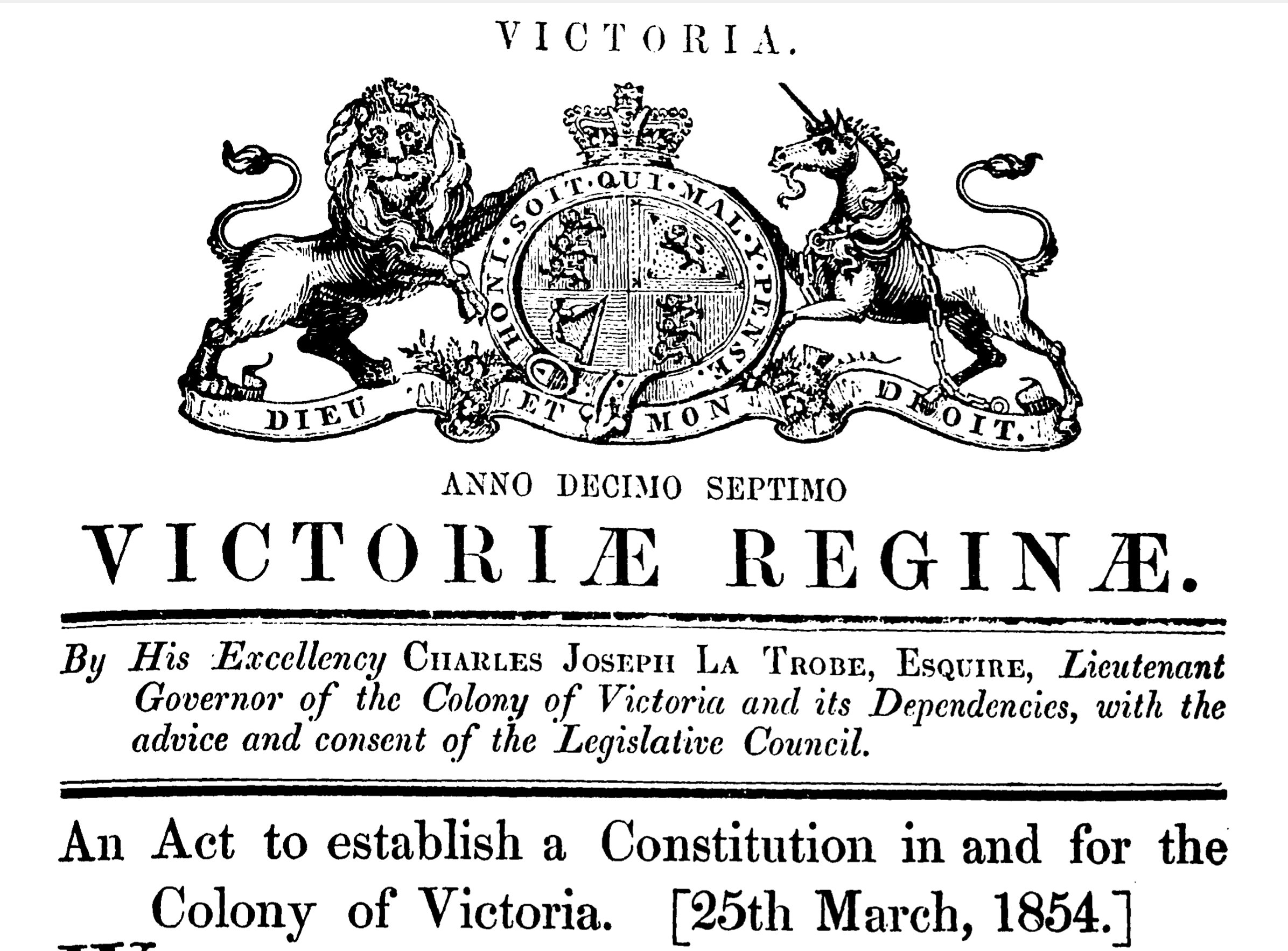 The Victorian Constitution has a history spanning back 167 years. There are many unanswered questions about the 1854 / 1855 Constitution. We will now look at how it was created, Why it was repealed and if the power existed in 1975 to repeal it.

In March 1854 a Bill entitled "An Act to establish a Constitution in and for the Colony of Victoria" was created to substitute the stand alone Legislative Council with a Legislative Assembly and Council. this Bill was reserved for Her Majesty's approval and sent to Britain for Royal Assent. It was amended and finally passed on the 18th July 1855 as an Act of the Imperial Parliament.

So why was the original Bill amended once it reached Britain? Could the colonists of Victoria stepped beyond their scope of power prior to federation or is this overstep of power purely unique to the current Parliament?

The main amendment we will focus on is the amendment of section LX of the 1854 reserved Bill, and what was finally enacted in 1855.

Let's look at section LX of the 1854 Bill as originally drafted, it provides the following in respect of pensions.

Now lets compare the 1855 amended version after its return from Britain and the UK Parliament.

So the Legislature of Victoria can repeal, alter or vary ALL or any of the provisions of the 1855 Constitution. So every single provision of the Act maybe repealed and replaced, but the Act itself must remain as there is no authority to repeal the Act itself.

Now let's look at the 1900 Commonwealth Constitution, specifically section 106 in respect of the States Constitution.

Did the State of Victoria possess a power to repeal an Imperial Act in 1975? Let's look at the Commonwealth's Constitutional milestones for the answer.

The final milestone below from 1986 after allegedly attaining independence from the United Kingdom, clearly tells us from 1986 the States now had the power to repeal or amend any UK legislation extending to them. The power to repeal the Victorian Constitution 1855 was clearly unavailable at the time of repeal in 1975 when Victoria enacted its modern Constitution.

beyond the power of the Parliament. This Schedule has now been repealed to hide this act beyond power. 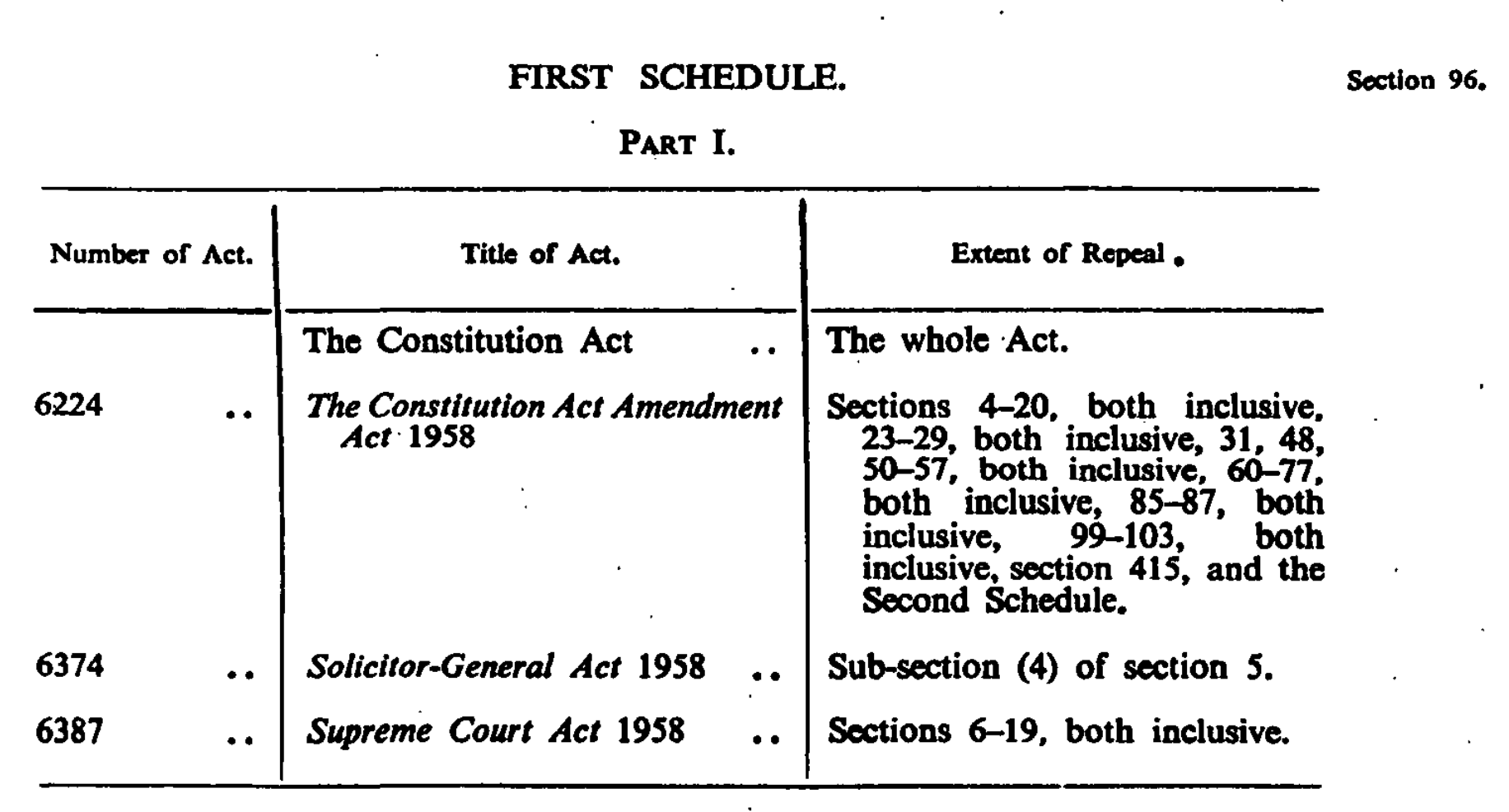 SOURCE ~ Schedule of the Constitution Act 1975 below, as enacted.

So with all the facts now at hand, we have just one last question to ponder of the Parliaments actions to repeal the original State Constitution beyond the power of the State of Victoria, if no power could be relied upon for the repeal in 1975, is the 1855 Victorian Constitution current valid law today?

1854 Bill of the Victorian Legislature.