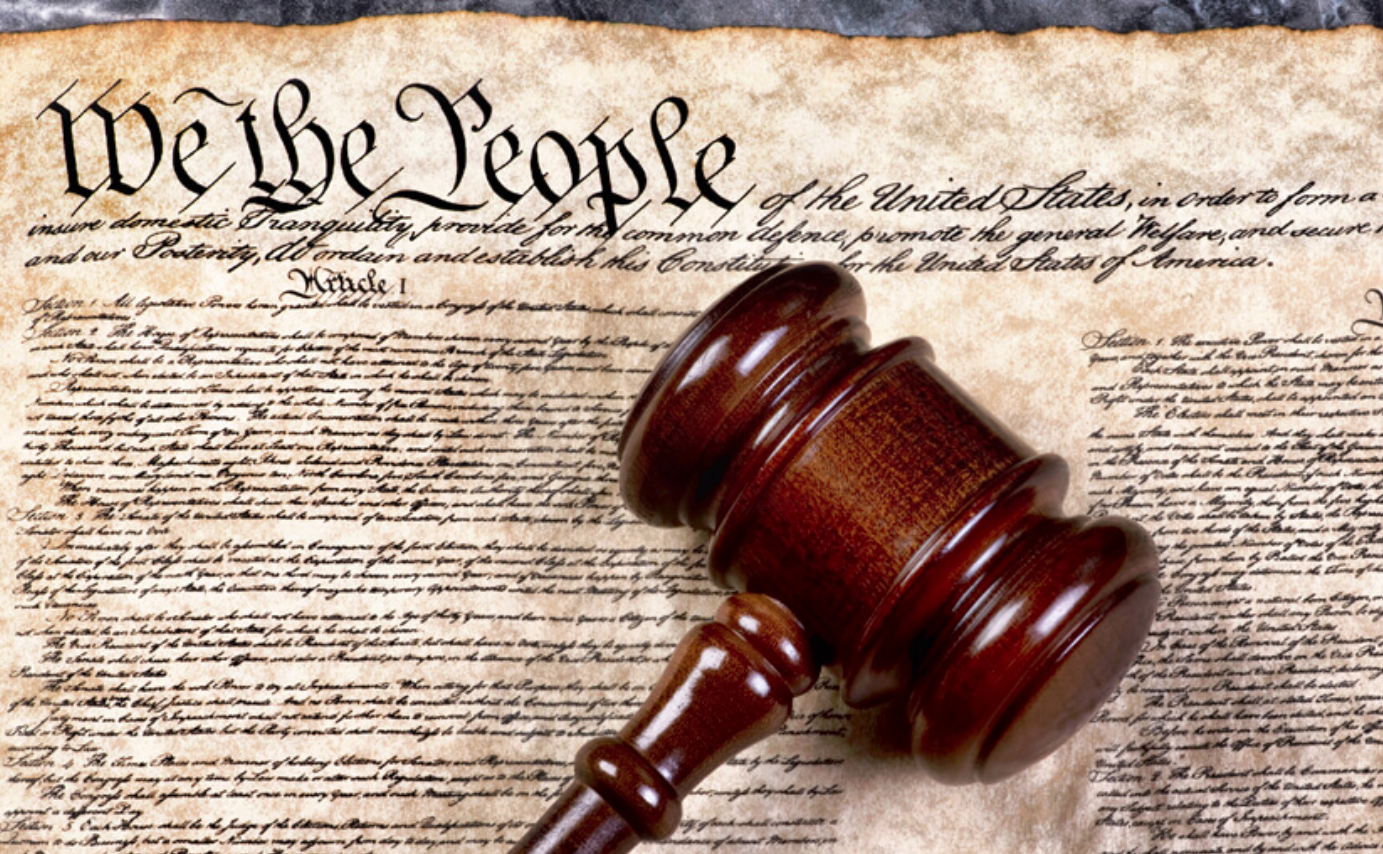 THE MEANING OF CONSTITUTIONAL SUPREMACY

Under this doctrine, if a law or contract violates any norm of the Constitution, that law or contract, whether promulgated by the legislative or by the executive branch or entered into by private persons for private purposes, is null and void and without any force and effect. Thus, since the Constitution is the fundamental, paramount and supreme law of the nation, it is deemed written in every statute and contract. (Manila Prince Hotel v. GSIS, G.R. No. 122156, Feb. 3, 1997)

The Constitution is the basic and paramount law to which all other laws must conform and to which all persons, including the highest officials of the land, must defer. No act shall be valid, however nobly intentioned, if it conflicts with the Constitution. The Constitution must ever remain supreme. All must bow to the mandate of this law. Expediency must not be allowed to sap its strength nor greed for power debase its rectitude. Right or wrong, the Constitution must be upheld as long as it has not been changed by the sovereign people lest its disregard result in the usurpation of the majesty of the law by the pretenders to illegitimate power.”

Constitutional supremacy is viewed as a check on governmental power. No matter who is elected, the constitution’s principles must be enforced. In the abstract, this prevents a wide range of potential government abuses. In practice, governments may ignore aspects of their nation’s constitution or interpret them in different ways.

Constitutions can be amended, but the requirements for amending constitutions tend make doing so difficult. A constitution that can easily be changed lacks the protections of one that requires a broad consensus to change.

While constitutional supremacy is designed to be strong, upholding it can be challenging. In many cases, people have no means of enforcing it. If a court states that the government is in violation of part of the constitution, it likely has no means of enforcing its decision. In some cases, the government might simply ignore these rulings. In many nations, the military operates with some degree of independence. If the military chooses to allow violations to continue, revolt may be the only solution.

THE MEANING OF PARLIAMENTARY SUPREMACY

legislation and so it is not bound by written law (in some cases, even a constitution) or by precedent.

In some countries, parliamentary sovereignty may be contrasted with separation of powers, which limits the legislature’s scope often to general law-making, and judicial review, where laws passed by the legislature may be declared invalid in certain circumstances.

It is argued that the doctrine of Parliament supremacy practised strictly by adhering to the concept that Parliament does not use its sovereign power instituted by the legislature, in an oppressive and tyrannical way .

In the absence of a written constitution it is possible for the legislature to use its powers in an unauthorized manner. Even if this could be identified as the matter due to the presence of the conventions we believe that Parliament would not do this due to principles of constitutionalism and rule of law.

With regard to Geoffrey Marshall’s argument “the most obvious and undisputed convention of the British constitutional system is that parliament does not use its ultimate sovereign power of legislation in an oppressive or tyrannical way. That is a vague but a clearly accepted constitutional rule resting on the principle of constitutionalism and the rule of law.” three fundamental questions arise. At first we need to consider as how this convention is “enforced”? and secondly whether this convention is an adequate protection against oppression and tyranny and finally how might such protection be strengthened. Though the writer argues that as “clearly accepted” in my view I partially agree and disagree with the writer for the reasons I indicate below. The doctrine of Parliament sovereignty establishes the supreme law making body of England which is the legislature. The statutes created by the parliament are  non justifiable  which shows the capacity of Parliament as a retrospective law making body. Though this is the fact, it was different before the ‘Glorious Revolution’ of 1688. The unlimited parliament legislative authority was not always being accepted in courts. In the case of Dr Bonham’s it is stated that the common law had the power to control Acts of Parliament and sometime declare them to be void and similarly in Day v Savadge the view was expressed that if an Act was against natural equity in that it made a man a judge in his own case the Act would be void in it self. After the Glorious Revolution Parliament asserted the supremacy over the monarch which made Parliament held the purse strings and which now had the legislative power.

Parliament which enjoys this legislative authority includes the Queen the House of Lords and House of Commons. Dicey explained legislative supremacy as “ neither more no less than this namely, that parliament thus defined has under English constitution the rights to make or to unmake any law which whatsoever ; and   further  that  no  person or body is recognized by the law of England as having a right to override or set aside the legislation of Parliament” . This shows that Parliament can implement or end any law. The word used to describe this is “ Queen in Parliament”. The enrolled bill rule and doctrine of implied repeal strengthen the unlimited power of Parliament as Parliament is unable to bind its successors , it follows that legislation enacted by Parliament  is  not immune from amendment or repeal by legislation enacted by a later Parliament. In this sense , supremacy could be said as a continuing attribute of  Parliament.

Though Parliament has the unlimited sovereign power according to Geoffrey Marshall , it does not misuse it as the existence of the conventions. In general the convention are strictly observed practices which does not have a legal foundation and they are not being challenged or enforceable in courts. The legislative power of Parliament is limited by convention based on constitutionalism and rule of law.

Constitutionalism is the idea that the government can and should be legally limited in its powers and that its authority depends on its observing these limitations “ The central element of constitutionalism is that the political society , government officials are free to do anything they please in any manner they choose; they are bound to observe both the limitations on power and the procedures which are set out in the supreme , constitutional law of the society” . Therefore it is obvious and clearly shown that higher law making body is the parliament and the officials are bound by certain limitations when making the law.

Next comes the rule of law which says the law is above every person and it applied to every person though they agreed or not. This is also called as the Supremacy of the law. This undoubtedly expresses that no one is above law and no one is exempted from and even no one can grant an exemption to law. Dicey highlights three main aspects of rule of law which says no one can be punished or made to suffer except for a breach of law proved in an ordinary court and secondly no one is above the law and everyone is equal before the law regardless of social economic or social status and finally the rule of law includes the results of judicial decisions determining the right of the private persons.