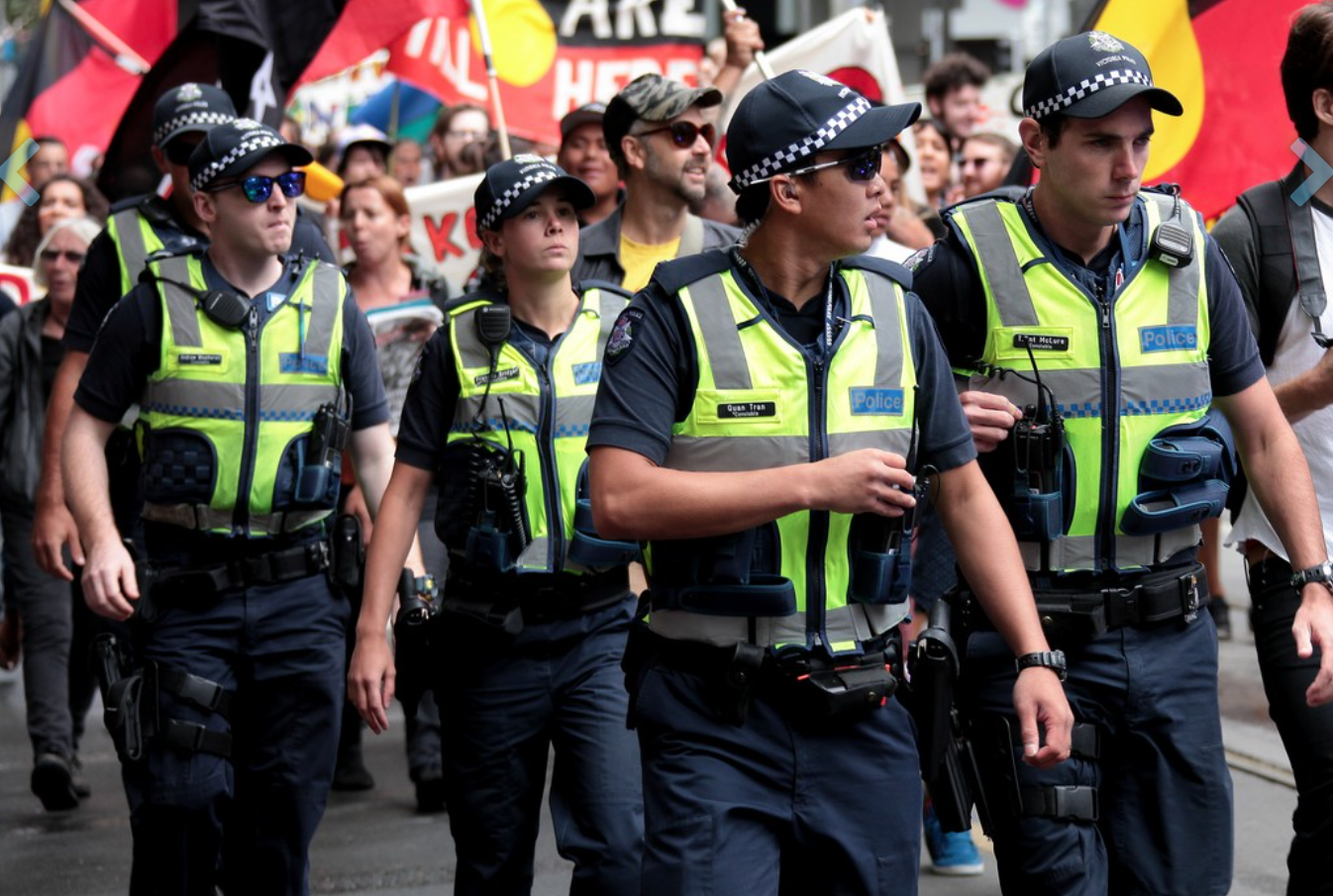 Young people are often stopped and charged by police because of their colour, race or because they are from a family who are known to police, rather than because of their behaviour or a reasonable suspicion held by the police officer.

Victoria saw a landmark legal case around ‘racial profiling’ which was launched by the Flemington Kensington Community Legal Centre (FKCLC) and six young men to challenge Victoria police practice. Haile-Michael v Konstantinidis was settled in the Federal Court of Australia in February 2013 with agreement from Victoria Police to publicly review its training and ‘field contact’ practices (stopping people in public and recording their personal information). Read more about the case and settlement here.

In late 2013 Victoria Police released a three year action plan to eliminate racial profiling. The plan, outlined in  “Equality is not the same…”  the Victoria Police response included  a review of field contact policies, a trial of ‘stop & search’ receipting, unconscious bias training and the setting up of stakeholder advisory groups, including the Chief Commissioner’s Human Rights Strategic Advisory Committee and Young People’s Portfolio Reference Group (YPRG), of which Youthlaw is a member. Then Chief Commissioner Ken Lay said:

“This is almost a new start for us. Never before have the Victoria Police consulted so widely with the community about the way we engage.”

Since then, as part of a 3 year action plan to eliminate racial profiling, Victoria Police has been piloting ‘stop & search’ receipts  in Dandenong, Moonee Valley, Boroondara, and Mildura. requiring  police to provide a receipt to a person stopped. That receipt includes the police officer’s number and why he or she has stopped the person. The aim is to prevent arbitrary and racially discriminatory stops and searches by police, as well as assisting in tracking and documenting any racial disparities in stop and search patterns.

Victoria Police evaluated these trials and reported at the end of 2016.  Based on this report Victoria Police command have decided not to pursue a receipting policy and practice, nor roll it out  more broadly. Rather they have proposed the introduction of a Victoria Police “business card” to hand to young people they stop.

You can access much more information about racial profiling in Australia and internationally at the Police Accountability Project website.

Few young people or adults make complaints about police abuse or mistreatment in Victoriaeven where it is very serious. This is because the complaints are investigated by Victoria Police rather than a body separate from them. Young people tell us they are fearful of making the situation worse, being targeted by local police, not having their complaint believed and getting further charges as a result.

We and many others in the community have been campaigning for years for the Victorian government to establish an independent organisation to investigate police complaints.

Victoria does have the Independent Broad-based Anti-corruption Commission (IBAC) but it has limited resources or powers to investigate serious complaints against police.

It can and has  conducted  investigations where there is serious misconduct and a high level of corruption or collusion such as the Ballarat police inquiry, but overwhelmingly (up to 90 per cent) of individual complaints are referred back to Victoria Police to investigate.

Corinna Horvath was treated appallingly by  police officers . After unsuccessfully complaining and even suing the police, Flemington-Kensington Community Legal Centre assisted her to complain to the UN about these serious breaches of her human rights.  In May 2014 the UN Human Rights Committee handed down their decision. This decision Corinna Horvath  directed the Australian Government and States to ensure she and victims of police assault  are adequately compensated and have their complaint investigated independently

Since this decision many have been calling for either IBAC, or another independent body to be adequately funded and have the clear direction from gov’t to investigate complaints of police abuse. This has included politicians such as Federal Senators Marshall who stated in parliament : “I call on legislation to be presented to the Victorian parliament that provides for an independent body to investigate and prosecute cases of misconduct by police. And that the state government properly resources such a body so it can fund a team of investigators to get through the backlog of complaints against police that currently .” (30 Sept 2014)

Is independent investigation a human right? The Youthlaw test case.

Youthlaw provided legal advice to a young man Nassir Bare about his treatment by police.  He described having his teeth chipped while being pushed into the gutter, being capsicum sprayed while handcuffed, and being racially slurred by Victoria Police officers. This happened in February 2009, when he was 17 years old.

When IBAC refused to investigate and referred to the complaint to Victoria Police,  we challenged this decision through the courts.  This took 5 years and was only possible because of the courage of Mr Bare and pro bono (free) support from Maddocks solicitors and senior barristers.

The case went to the Supreme court and was finally heard by the Court of Appeal in July 2015. The decision of the Supreme Court  judges was a 2 out of 3 majority decision in favour of our client. The court did not go as far as to find that his human rights required an independent investigation of his complaint  but they did direct that IBAC to reconsider investigation of the complaint.

So many years later and with few witnesses now available IBAC investigated the complaint resulting in IBAC deciding that the complaint could not be substantiated due to insufficient evidence.

Disappointing as the result was we were very proud of Nassir Bare for taking this case through the courts . It was very brave and the decision is one piece of many needed to build the case for an independent investigation body for complaints against police.

An independent investigation body for Victoria

From late December 2015 the Victorian gov’t has begun a reform to strengthen the state’s integrity systems including changes to the role & powers of the Ombudsman Auditor -General and IBAC.  We have taken this opportunity to call for this to include a review of the police complaints system in Victoria.

We and others have met with and submitted to the Victorian IBAC Parliamentary Committee. It released its report in February 2016 “Strengthening Victoria’s key anti-corruption agencies” in which it expressed interest in exploring independent investigation of police complaints.  In June 2016 this committee announced :  “The Committee has determined that it will undertake a review into the extent to which complaints against police should be independently investigated by IBAC. The Committee is planning to formally commence this work early next year when it will call for submissions, undertake research and conduct public hearings.”

PSOs where introduced in 2012 as a result of a state election campaign that was high on law & order . Government & Victoria Police said they were responding to the public’s safety concerns about public transport . Instead of introducing station officers or increasing existing transit police both major parties committed to the introduction of PSO’s.  The problem with PSO’s is that they receive less pay & training than regular police & yet are armed as well as any police officer. They are at train stations where there are a disproportionate number of young  & vulnerable people. They are stationed whether there is any need or not.  The impacts of the presence have included escalated confrontations with young people, ramped up issuing of fines and charges & harassment of vulnerable people.

What action do we want?

Youthlaw & partners in SJ4YP have lobbied for a review of the PSO scheme including  a review of their numbers, where they are positioned, possession of weapons, training, exercise of their discretion to caution and their scope to fine. We endorse the recommendations of Tracking Protection Service Officers:Insights from the First Three Years  as part of Your Rights on Track, a community legal project undertaken by the Federation of CLCs from 2012-15.

The Federation referred its report to the Office of Victorian Auditor-General, which undertook an audit of public safety on Victoria’s train system. Disappointingly this report did not pick up any of Federation’s recommendations.

Also check out Youthlaw’s smartphone-friendly website Streetsmart that gives all the legal information you need to know about police, PSOs, ticket inspectors and security guards as well as useful tips on how to handle yourself.