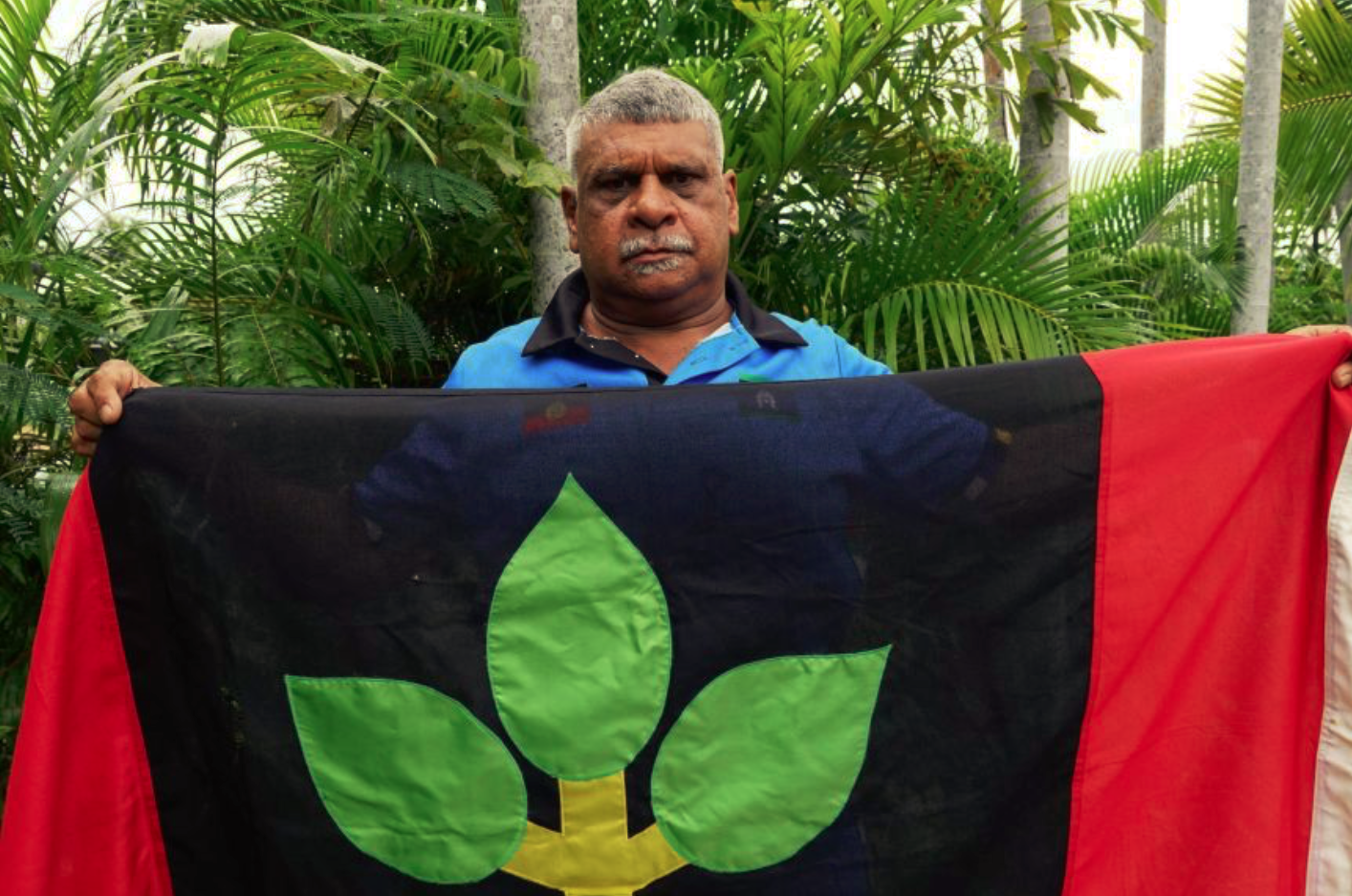 A legal battle over more than 50,000 hectares of Northern Territory land has divided families and taken years to resolve, and now one side is offering an olive branch to try to end it once and for all.

The High Court rejected an earlier Federal Court ruling which found in favour of the elders, who believe the NLC breached the law in how they went about formalising the land agreement.

"My argument was that they had not done their job properly, that they had delegated to the CEO, and that was not permitted by the law," Mr Fejo said after the court's judgment yesterday.

"The full court of the Federal Court agreed with me, but the High Court overturned that finding."

In 2016, the title deeds for Kenbi were handed over to traditional owners with great ceremony, including with an appearance by then-prime minister Malcolm Turnbull.

But some, including Mr Fejo and Mr Quall, were not recognised as traditional owners in the agreement, meaning they were not entitled to any benefits or royalties that could be earned off the land.

The elders now have the option of pursuing the fight against the NLC back in the Federal Court, but the head of the Northern Land Council, Marion Scrymgour, said she would try hard to dissuade them from going down that path.

"But if they wanted to get recognition and look at how they can be part of this, they need to reengage with the land council.

"I'll put the olive branch out to both Tibby and to Eric Fejo.

"I think it's really important for those families to come back and to sit down with the land council and look at how we can all work together."

Despite the NLC's calls for peace, Mr Fejo vowed to continue fighting.

"The NLC may have won this particular battle, but they haven't won the war," Mr Fejo said.

"The High Court has set out what the NLC is allowed to do by law, but the question remains: have the NLC actually done their job properly?"

He said the case had divided families and clan groups across the Top End.

"The sooner they can get it over and done with the sooner we can move forward properly," he said.

The Larrakia man said he was considering his avenues of an appeal in the Federal Court.