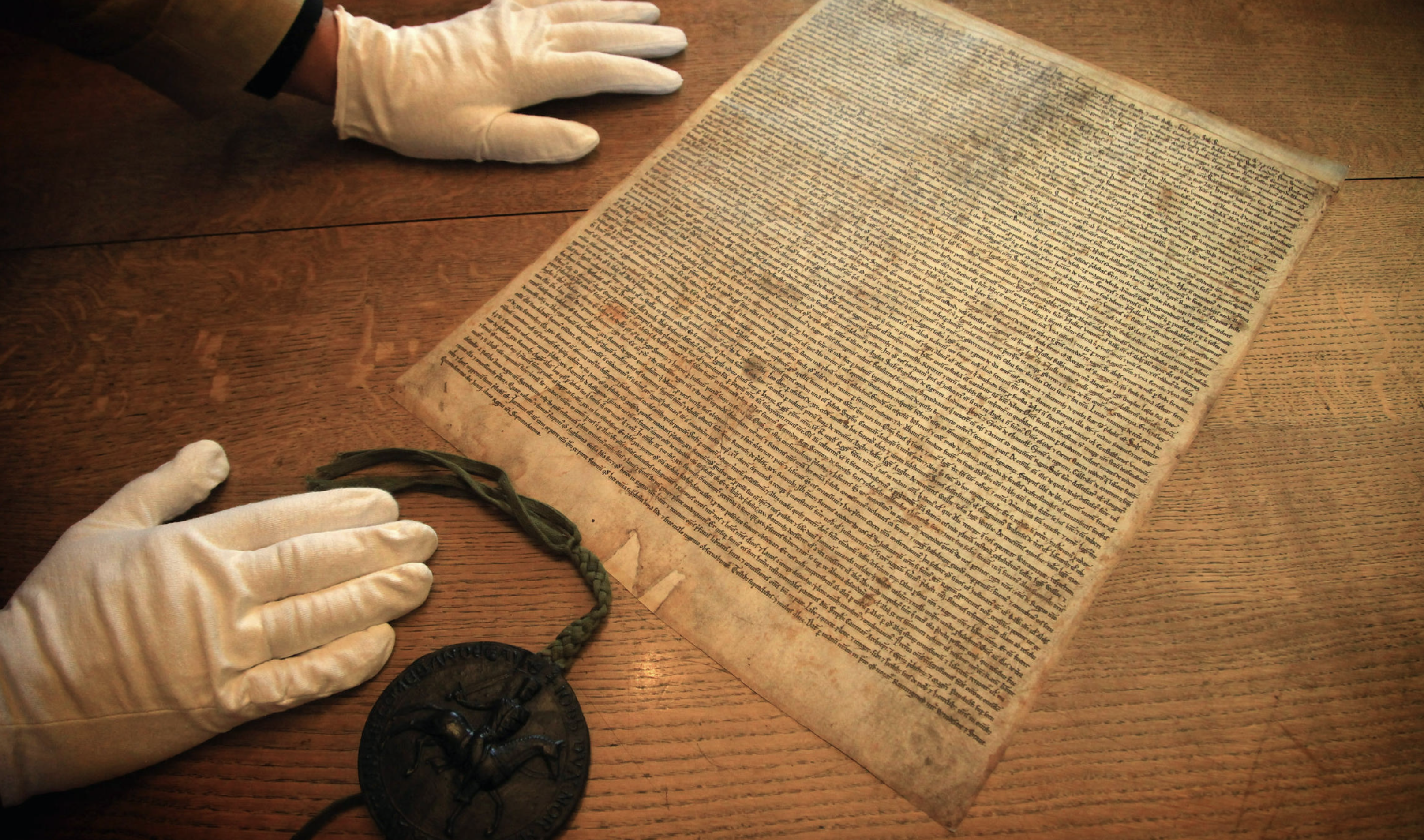 Constitution Watch is contacted regularly with claims "Article 61" of Magna Carta is a remedy to tyrannical government here in Australia 800+ years after its first version came into existence.  The social media claim made by many people states we have the right to lawfully dissent or rebel if they believe they’re being governed unjustly. Other posts show videos shared thousands of times of a business owner in Liverpool telling the police he did not plan to shut his business, and citing “Article 61” of Magna Carta.

The original version of Magna Carta granted powers to “assail” the monarch and “seek redress” to 25 barons in order to keep the provisions of the Magna Carta, but these powers were not granted to the population at large. Within a year of being written, this clause was removed from subsequent versions of Magna Carta. It was never incorporated into English statutory law.

Magna Carta (Latin for “great charter”) is the name given to a series of royal charters issued in the 13th century, following disputes between the King and a group of rebel barons. The charters served to limit the power of the monarch and enshrine certain rights.

The first Magna Carta was originally drawn up in 1215. However, it was quickly declared null and void by the Pope on the grounds it interfered with the authority of the King, and a civil war broke out in England. Following this it was then reissued in various forms over the following years, resulting in yet another version issued in 1225. It is this version that forms the basis of our common law today.

The contents of Magna Carta were placed on the statute book in 1297. In the centuries since however, much of this has been repealed.

The original 1215 version of Magna Carta had 63 clauses. Only four of these clauses are still relevant today, according to the parliament website. Clause 61 is not among these, as it was omitted from all subsequent versions of Magna Carta and was never incorporated into English law.

“The barons shall elect twenty-five of their number to keep, and cause to be observed with all their might, the peace and liberties granted and confirmed to them by this charter.

If we, our chief justice, our officials, or any of our servants offend in any respect against any man, or transgress any of the articles of the peace or of this security, and the offence is made known to four of the said twenty-five barons, they shall come to us – or in our absence from the kingdom to the chief justice – to declare it and claim immediate redress. If we, or in our absence abroad the chief justice, make no redress within forty days, reckoning from the day on which the offence was declared to us or to him, the four barons shall refer the matter to the rest of the twenty-five barons, who may distrain upon and assail us in every way possible, with the support of the whole community of the land, by seizing our castles, lands, possessions, or anything else saving only our own person and those of the queen and our children, until they have secured such redress as they have determined upon. Having secured the redress, they may then resume their normal obedience to us.”

These rights are granted to the 25 barons, not to the population at large. It then continues that:

“Any man who so desires may take an oath to obey the commands of the twenty-five barons for the achievement of these ends, and to join with them in assailing us to the utmost of his power.”

However that is quite different again from granting the rights of rebellion to “any man”—they are only given the power to obey the barons.

As already noted, whatever the contents of this original document, it was swiftly declared void and replaced by subsequent versions. There is no mention of a clause 61 or the 25 barons in the 1216 version or the ‘final’ 1225 version of the document.

The reason we bring this information to you is to hopefully assist those that are unsure & unaware from investing their time into such social media claim that bring to life the time old adage ~ "If its to good to be true, It usually is~!!!" We here at Constitution Watch welcome any evidence to the contrary, so as to set the record straight should it be wanting.