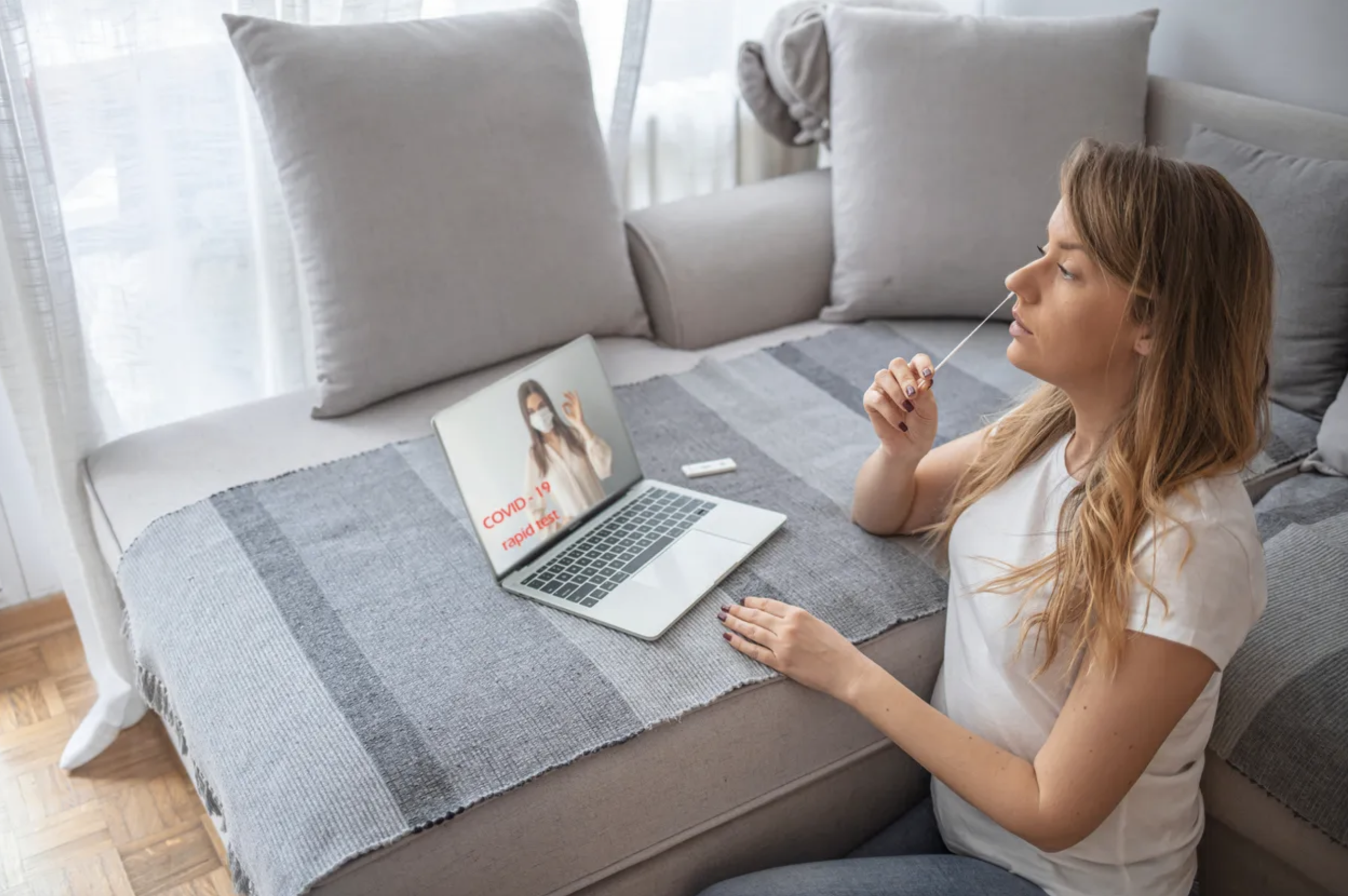 Is the new Covid-19 test dangerous?

The test is self-administered, there is no doctor, nurse, or technician present. What could possibly go wrong, as millions of people perform the test on themselves?

The document below references an undated FDA document titled,

The Binax test kit is manufactured by Abbott.

Here is the key quote from the FDA: “The Reagent Solution [included in the test kit] contains a harmful chemical (see table below). If the solution contacts the skin or eye, flush with copious amounts of water. If irritation persists, seek medical advice…”

Then the FDA document lists that harmful chemical: sodium azide. So just how harmful is it? The following information is sourced from the CDC website.

What sodium azide is

Where sodium azide is found and how it is used

How you could be exposed to sodium azide

What the long-term health effects may be

Survivors of serious sodium azide poisoning may have heart and brain damage.

How sodium azide poisoning is treated

The purpose of this document is to help health care workers and public health officials to recognize an unknown or suspected exposure to sodium azide. Sodium azide is a rapidly acting, potentially lethal chemical that exists as an odorless, white crystalline solid. It is used in automobile airbags to produce inflation of the airbag upon impact; after deployment, sodium azide is converted to nitrogen gas. Sodium azide is converted rapidly into hydrazoic acid vapor upon contact with water or an acid. Like sodium azide, hydrozoic acid is highly explosive. Similar to cyanide, sodium azide and hydrozoic acid also interfere with cellular respiration and aerobic metabolism, preventing the cells from using oxygen. The central nervous system and the cardiovascular system are most sensitive to acute sodium azide poisoning.

The amount and route of the exposure to sodium azide and the premorbid condition of the exposed person will contribute to the time of onset, duration, and the severity of illness.

Signs and symptoms of exposure

Following is a list of signs and symptoms that may be encountered in a person exposed to sodium azide. Signs and symptoms are not listed in order of importance, presentation or specificity. Also, partial presentations (an absence of some of the following signs/symptoms) do not necessarily imply less severe disease.

Note: The actual clinical manifestations of an exposure to sodium azide may be more variable than the syndrome described in this document.

The FDA document quoted contains the following: “The BinaxNOW COVID-19 Antigen Self Test does not differentiate between SARS-CoV and SARS…CoV-2.”

So a positive test, indicating infection, could mean nothing more than infection with the 2003 “SARS virus”.

“Positive results do not rule out bacterial infection or co-infection with other viruses. The agent detected may not be the definite cause of disease.”