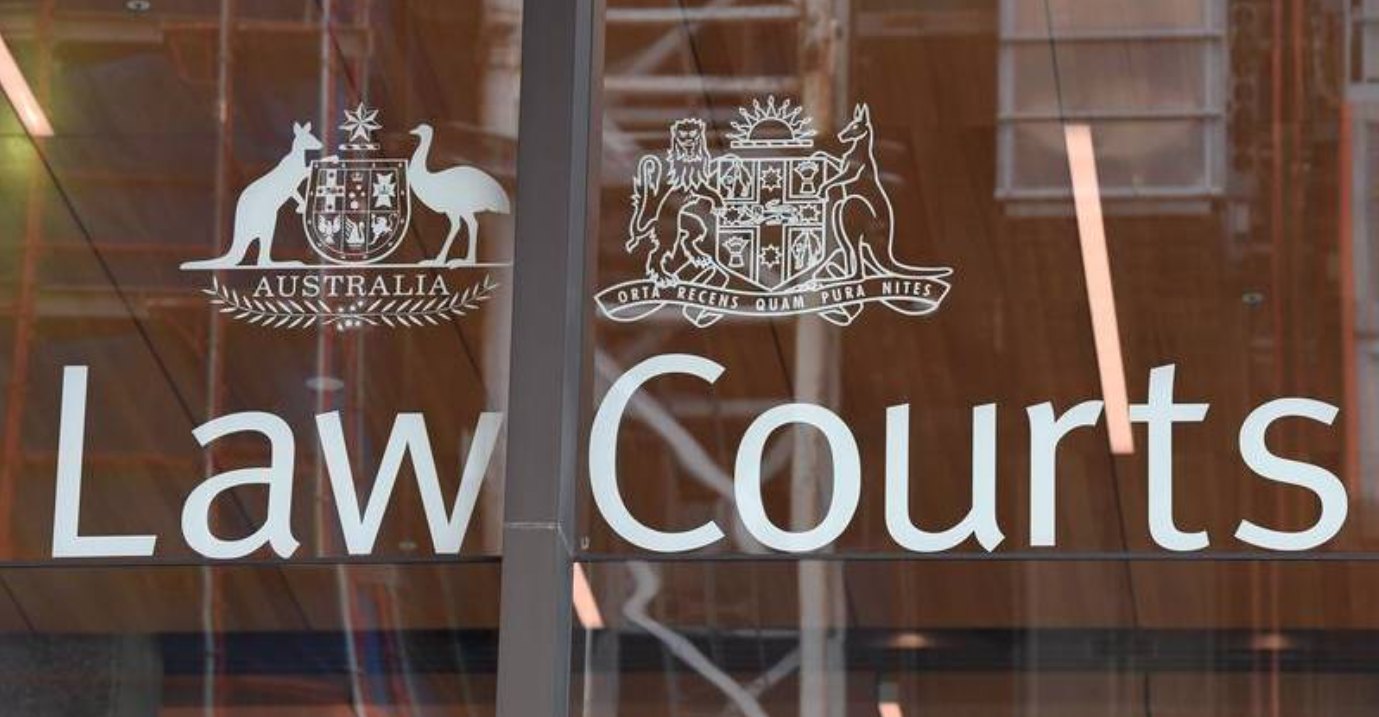 The court’s powers in relation to contempt are found in s 24 Local Court Act 2007. Those powers are the same as the District Court with respect to contempt of court committed in the face or hearing of the court: s 24(1).

Has there been a contempt in the face of the court

Contempt in the face of the court is an act which has the tendency to interfere with or undermine the authority, performance or dignity of the courts or those who participate in their proceedings: Witham v Holloway (1995) 183 CLR 525 per McHugh J at 538-539.

Examples of contempt include:

It is no offence simply to be angry with the authorities (including, of course, judicial authority). Some people can articulate their anger in measured language that clearly explains their reasons for feeling as they do. Others, especially when their anger is combined with high emotional stress, or alcohol, or other debilitating factors, cannot … Depending always on all the relevant evidence, it would probably be quite wrong to charge someone with an offence simply because such language was used in anger.

All options other than a summary charge of contempt should be considered first. Summary proceedings should only be instituted where it is urgent and imperative that the punishment be immediate. Summary proceedings are a last option, should be exercised with restraint, and only used in exceptional circumstances: Keeley v Brooking (1979) 143 CLR 162.

It is preferable that the court explore all options other than charging and hearing the matter summarily, as the magistrate may be the victim, a witness, the prosecutor and the judge of fact and ultimately of penalty. In European Asian Bank AG v Wentworth (1986) 5 NSWLR 445, Kirby P said at 452:

The combination, in the judge, of four such inimical functions is not only unusual, it is so exceptional that, though it may sometimes be required to deal peremptorily with an emergency situation, those occasions will be rare indeed. Especially will they be rare where, as in this State, a facility is provided in the Court of Appeal to relieve the judge of such an embarrassing concatenation of functions.

Other options that should be considered include:

The decision to proceed to a charge for contempt is a power to be used sparingly and only in serious cases. Its usefulness depends upon the wisdom and restraint with which it is exercised: Ex p Bellanto; Re Prior [1963] NSWR 1556 at 1566.

Referral to the Supreme Court

Section 24(4) Local Court Act 2007 enables the court to refer a matter to the Supreme Court for determination where it:

(i)
is alleged by another party, or
(ii)
appears to the Court on its own view that a person has committed a contempt of court.

This is because an exercise of the s 24(4) referral power involves potential prejudice to the alleged contemnor, as the penalty which can be imposed by the Supreme Court is greater than that which the Local Court can impose if it decides to deal with the contempt itself under s 24(1): Dangerfield at [56]; Chan at [29].

Exercising the power of referral requires the court to make two decisions:

1.
Whether it appears to the court on its own view that the person is guilty of contempt of court, and
2.
Whether the court should refer the matter to the Supreme Court for determination: Dangerfield at [52].

On [date] in proceedings between [names of parties] in the [court] at [place], [name of contemnor] [describe conduct — for example, refused to answer material questions put to him/her in cross-examination, as indicated in the attached transcript]. I have formed the view that this conduct amounted to a contempt of court. Pursuant to s 24(4) Local Court Act 2007, I refer this matter to the Supreme Court for determination in accordance with Pt 55 r 11(3) Supreme Court Rules.

In the event it is considered that none of the above-mentioned options should be utilised as an alternative to a summary charge, the person in contempt should be orally charged by the magistrate.

[Name], you are hereby charged with contempt of court in that on [date] in the [court] at [place] in proceedings before me between [names of parties] [set out conduct — [for example, when the witness AB was passing near you on the way to the witness box for the purpose of giving evidence, you loudly said words to the effect “you’re gone”] and that, as a result, you conducted yourself in a manner that had a real tendency to interfere with the administration of justice.

Adjournment for defence to charge

The charged person must be afforded a reasonable opportunity to make a defence to the charge, which will in most cases require an adjournment and the provision of information on legal aid. It is possible, but would be unusual, for the charged person to be held in custody. Bail must be considered: s 90 Bail Act 2013.

Where there is a plea of not guilty, a hearing is required. The magistrate is entitled to make use of his or her own observations, and should inform the defendant of these. Witnesses may be called by the court. The defendant has a right to, but is not obliged to give and call evidence. After the hearing, the magistrate determines the matter of the charge with the criminal standard of proof required: Coward v Stapleton (1953) 90 CLR 573.

If the defendant is found guilty, the court may punish by a fine not exceeding 20 penalty units or by imprisonment for a period not exceeding 28 days: s 24 Local Court Act 2007; s 199 District Court Act 1973.

For considerations on penalty for abuse to the court: see Prothonotary of the Supreme Court of NSW v Hall [2008] NSWSC 994.

For considerations on penalty for refusing to give evidence: see Principal Registrar of Supreme Court of (NSW) v Tran (2006) 166 A Crim R 393 which includes a schedule of comparable sentences for contempt of that type.

Generally, contemnors should be given an opportunity to purge their contempt, particularly where there is a refusal to give evidence: Smith v R (1991) 25 NSWLR 1. There is an overriding power to discharge a contemnor prior to the expiration of sentence: s 24(2) Local Court Act 2007.

An accused person, defendant, party to, or person called to give evidence in proceedings before the court commits an offence if they intentionally engage in behaviour in court during the proceedings which is disrespectful to the court or presiding magistrate: s 24A(1) Local Court Act 2007. The maximum penalty is 14 days imprisonment and/or 10 penalty units.

The offence does not apply to police prosecutors or Australian legal practitioners when they are acting in those capacities: s 24A(3).

Whether behaviour is disrespectful to the court is determined according to established court practice and convention: s 24A(1)(c).

The elements of an offence under s 200A(1) District Court Act 1973, in identical terms to s 24A(1), were discussed in Elzahed v Kaban [2019] NSWSC 670. Justice Harrison concluded that the offence criminalises certain behaviour in a two-step process:

The prosecution must prove each beyond reasonable doubt. However, the prosecution is not required to prove that in performing the relevant behaviour the offender intended to cause the consequence for which s 24A(1)(c) provides: Elzahed v Kaban, above, at [37]–[38].

Proceedings for offences of disrespectful behaviour in any court are summary in nature and are to be dealt with in the Local Court: see s 200A(4) District Court Act 1973; s 131(4) Supreme Court Act 1970; s 67A(4) Land and Environment Court Act 1979; s 103A(4) Coroners Act 2009. Note the Supreme Court may also hear such offences arising from conduct in that court in its summary jurisdiction.

A magistrate can refer disrespectful behaviour in proceedings over which they presided to the Attorney General: s 24A(7).

Proceedings for contempt may still be brought in respect of behaviour that constitutes an offence against s 24A(1), but a person cannot be prosecuted for both: ss 24A(11) and (12).

General deterence is an important consideration for offences of disrespectful behaviour: Elzahed v Kaban [2019] NSWSC 1466 at [83]. In that case Harrison J dismissed an appeal against a sentence of 75 hours community service for offences against s 200A District Court Act 1973. His Honour concluded that a s 10 order was not appropriate because the offending was not trivial, involving multiple offences directed to the maintenance of respect for the judicial process: Elzahed v Kaban at [81]–[82]. In rejecting a submission that recording a conviction carried an element of extra-judicial punishment, his Honour said at [84]:

there is a considerable prospect in the particular circumstances of this case that public opprobrium might actually be increased by a failure to record a conviction for offences that seem clearly to have been created in response to community expectations.

On sentence, no distinction should be drawn between the term “judge” and “court” for the purposes of an offence, as references to both do no more than inform the task of determining whether the conduct in question is disrespectful; the judge is the personification of the court: Elzahed v Kaban at [19]–[20].