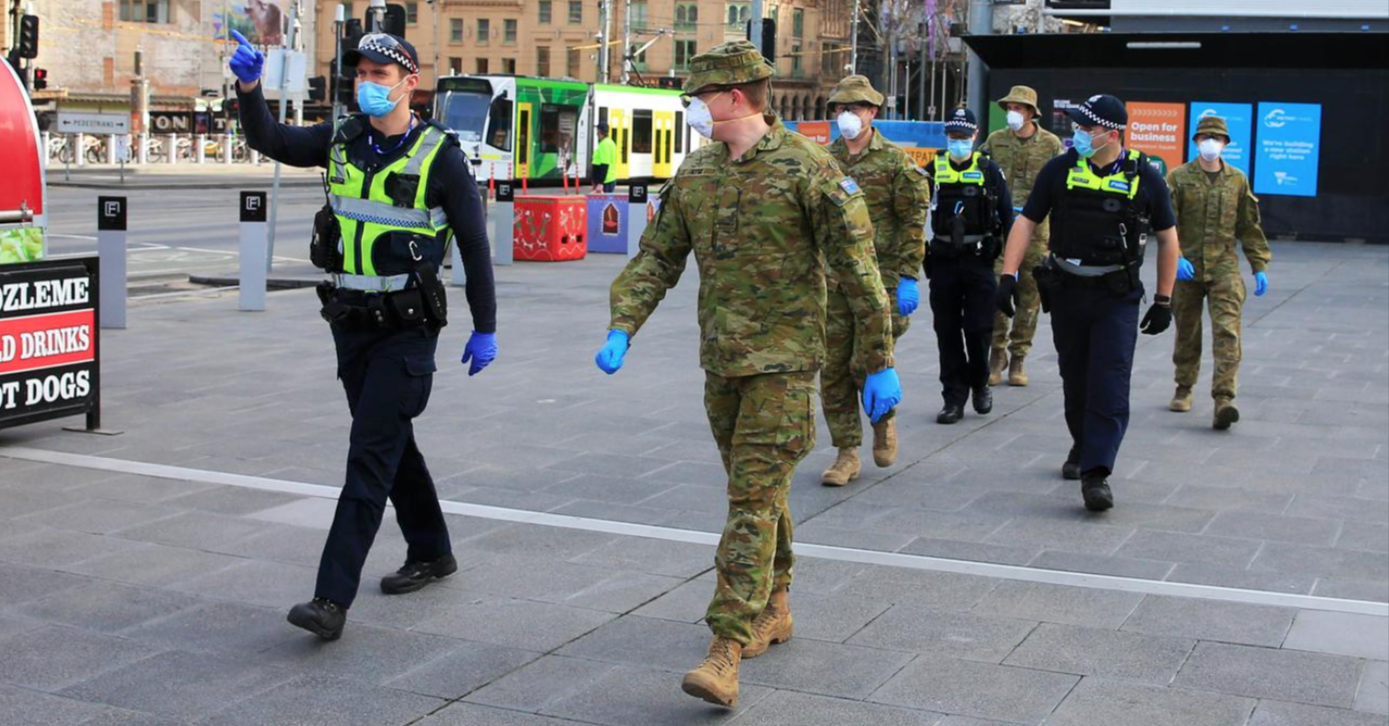 Home »Police»Beautiful one day, police state the next.

Economic devastation, house arrest and a police state. Surely there could have been a better way.

To control the spread of a dangerous virus that as yet has taken 24 lives in this country, 25 million Australians have been placed under indefinite house arrest, children's playgrounds are locked and patrolled by security guards, and the police fly drones over beaches and parks.To control a virus that as yet has infected 5000 Australians, the response of doctors and politicians to this serious health crisis was to create also a humanitarian and an economic crisis. In the years to come Australians will quite rightly question whether there could have been a better way.

Future generations will ask why the public was so quick to accept the opinions of those experts who presented the worst-case scenarios rather than listen to other experts, no less qualified to offer a judgment, but who suggested less draconian solutions than those that came to be implemented.

Those future generations will also ponder how in 2020 it was that so many Australians could have become so completely disengaged and removed from what happens in the economy that they could advocate policies that would have shut down practically all economic activity in the country.

Sadly, Albanese seems not to understand that the economic emergency Australia faces involves people's lives in exactly the same way as does the health emergency.

Australians like to joke about how the country's second-most populous state has become "The People's Socialist Republic of Victoria". But it is no laughing matter that in the space of just a few weeks Victoria became a police state, as its government made laws and then enforced those laws, in ways not very different from how the worst socialist regimes operate. The New South Wales government ('liberal' in name only) has been quick to follow Victoria's lead.

In Victoria, the most extreme house arrest laws in the country were enacted without parliamentary authority and without any form of public or democratic scrutiny. They were simply made under an enabling act that allows the government do anything it "considers is reasonably necessary to protect public health". Using this power, Victoria has enacted house arrest laws that are arbitrary, unpredictable, and that are changed, literally, hour by hour at the whim of politicians and bureaucrats.

On Wednesday morning the Victorian Premier declared that it was against the law for anyone to leave their home for any non-essential purpose, including couples who lived apart visiting each other. Just before 5pm that day, following a community backlash, the government announced couples would be exempt from the law.

Jonathan Sumption, a former judge on the UK Supreme Court, gave an interview to the BBC on Monday in which he warned of the consequences of untrammelled power in the hands of politicians and the police. Everything he said applies to Australia. Of police operating in the UK in the same way as they are in Victoria and New South Wales, Sumption said: "That is what a police state is like. It's a state in which the government can issue orders or express preferences with no legal authority and the police will enforce ministers’ wishes."

It is significant that despite all the coverage it has devoted to the current crisis, the mainstream media in Australia has made no reference to the interview. It might be that the answer to Sumption's question is too uncomfortable.

"Yes this is serious and yes it's understandable that people cry out to the government,’’ Sumption said.

"But the real question is: Is this serious enough to warrant putting most of our population into house imprisonment, wrecking our economy for an indefinite period, destroying businesses that honest and hard-working people have taken years to build up, saddling future generations with debt, depression, stress, heart attacks, suicides and unbelievable distress..."