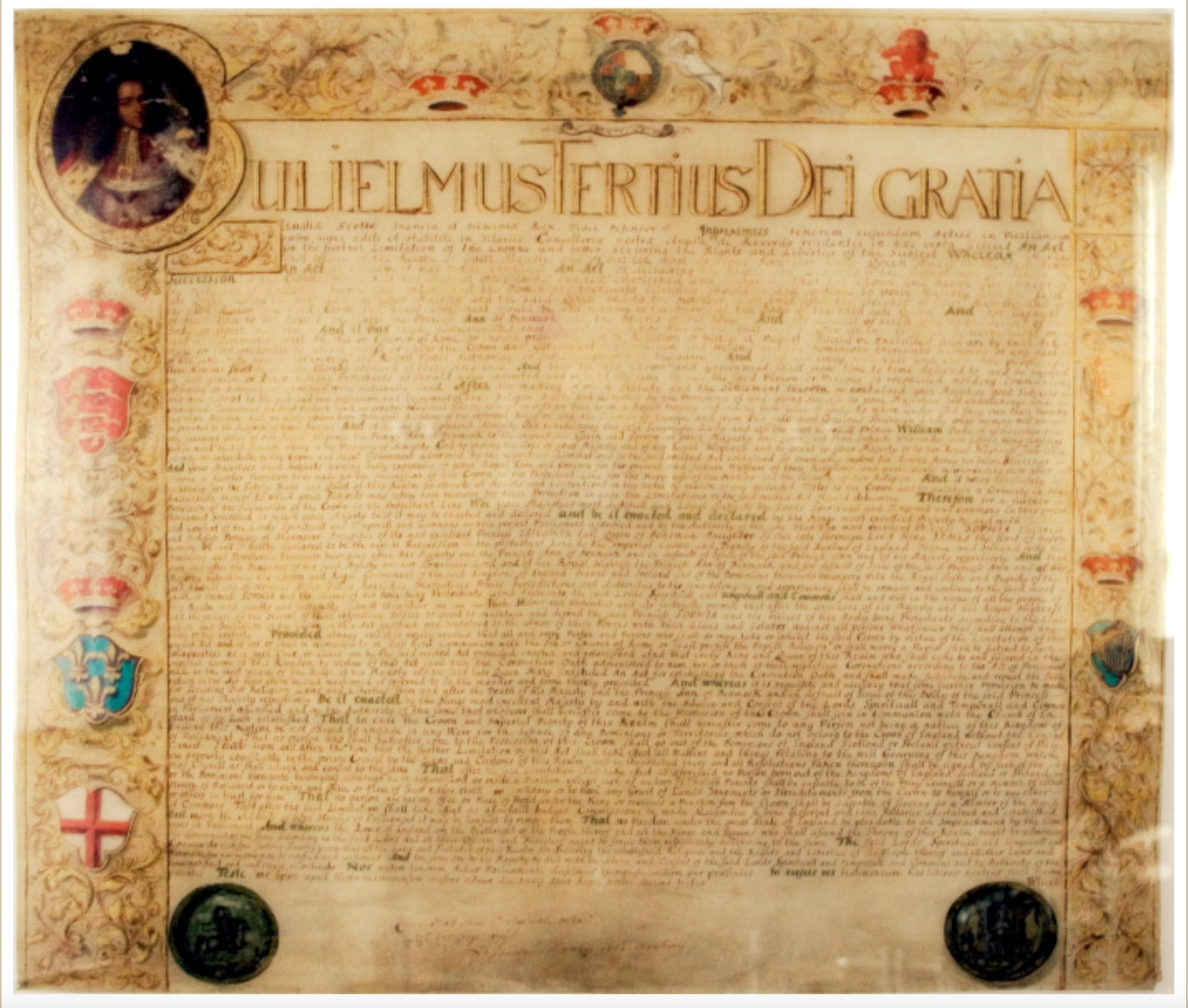 Whereas in the first year of the reign of your Majesty and of our late most gracious sovereign lady Queen Mary (of blessed memory) an Act of Parliament was made intituled (An Act for declaring the rights and liberties of the subject and for settling the succession of the crown) wherein it was (amongst other things) enacted, established and declared that the crown and regal government of the kingdoms of England, France and Ireland and the dominions thereunto belonging should be and continue to your Majesty and the said late Queen during the joint lives of your Majesty and the said Queen and to the survivor and that after the decease of your Majesty and of the said Queen the said crown and regal government should be and remain to the heirs of the body of the said late Queen and for default of such issue to her royal highness the Princess Anne of Denmark and the heirs of her body and for default of such issue to the heirs of the body of your Majesty: