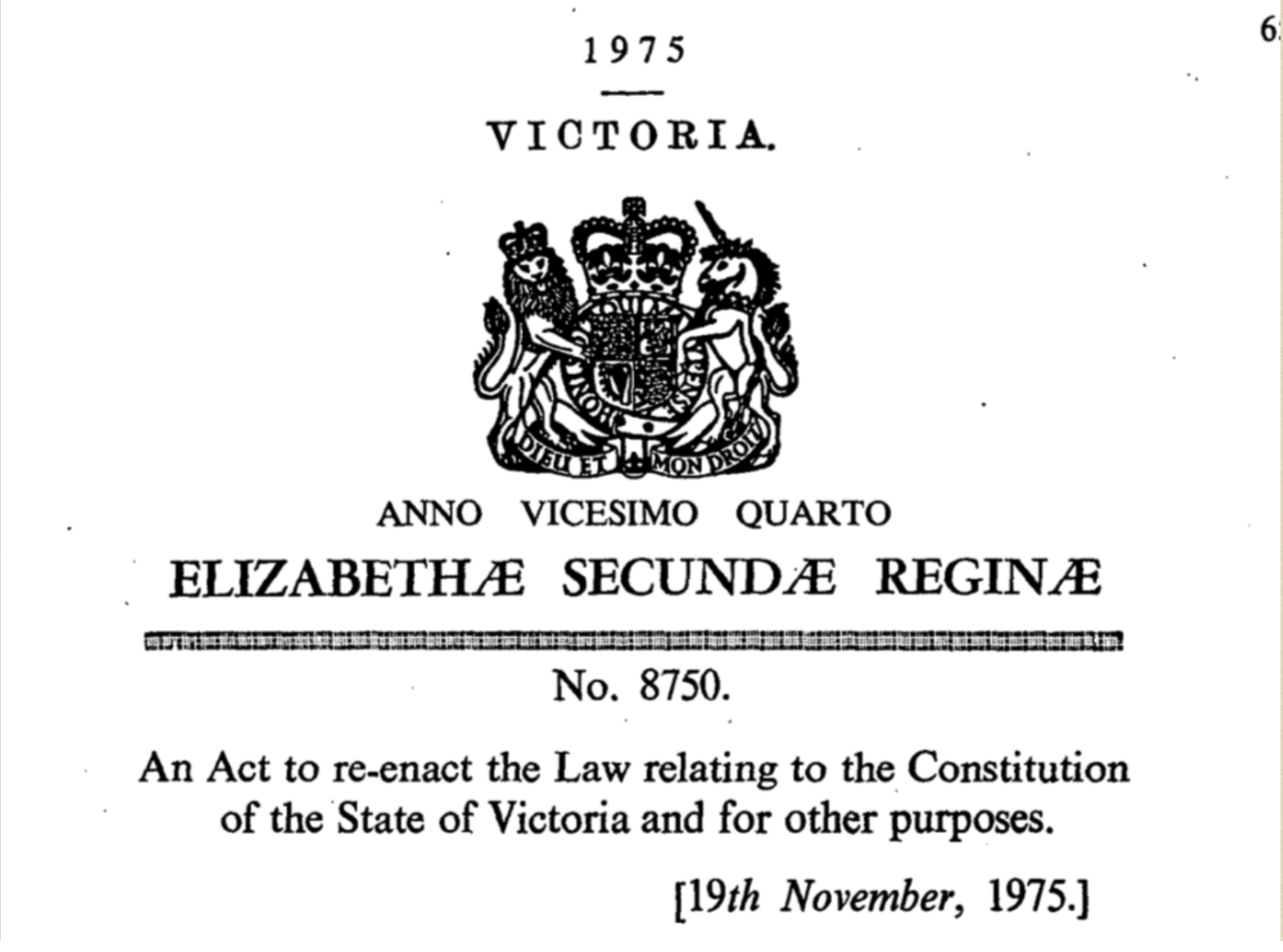 Home »Victoria»The Victorian Constitution 1975 ~ Is it Legal? ~ An alternative View.