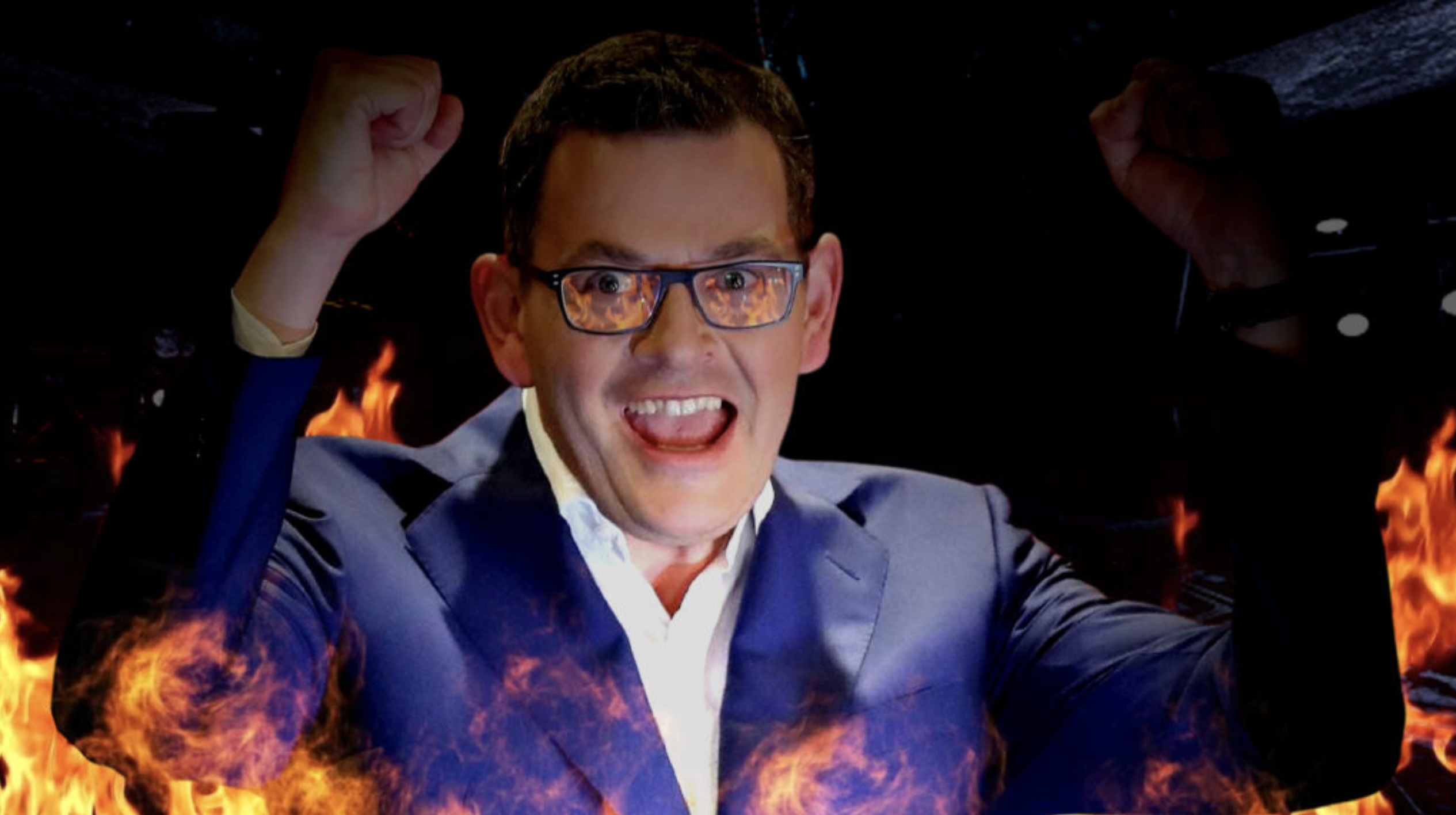 They see themselves as "very special" people, deserving of admiration and, consequently, have difficulty empathizing with the feelings and needs of others … Not only do dictators commonly show a "pervasive pattern of grandiosity," they also tend to behave with a vindictiveness often observed in narcissistic personality disorder.

Adolf Hitler, Mao Zedong (or Tse-tung), Josef Stalin, Pol Pot – names such as these haunt our cultural imaginations. These men were, by all available accounts, totalitarian dictators, who sought to maintain complete control over their respective governments and populations through radical methods, including the systematic murder and imprisonment of all who stood against them. In some cases, the terror they wielded helped them maintain power for years and emblazoned their names into our history books forever. Each of the names listed above is responsible for more than a million deaths, and even those citizens who were fortunate to have survived their reign lived in persistent fear of death, forced labor, or torture.

Dictatorial leaders such as these represent the extreme potential of the human capacity for evil, and yet, despite their apparent omnipotence within their individual spheres of power, these individuals also tended to suffer from excessive anxiety – mostly regarding paranoid fears of citizen uprising and/or assassination. For example:

In each of these dictatorial examples, men who sought to rule with an iron fist appeared to also behave in a manner driven by a hidden, extreme, and sometimes irrational fear of what fate might befall them.

This behavior does not seem to align with what we know of dictators. Not only do such individuals wield far-reaching, real-world power, a large number of these individuals also maintained a cultural and political environment that fed grand delusions regarding their self-importance. For instance, Saddam Hussein thought of himself as the savior of the Iraqi people. Muammar Gaddafi once had himself crowned the "King of Kings" of Africa, and the North Korean Kim line of succession proclaimed themselves to be almost god-like. Why would individuals who are so confident in their power have such severe anxiety?

One explanation is that many of these individuals were actually under constant threat of assassination. For instance, a former bodyguard to Fidel Castro said that he was aware of 638 separate attempts made on the leader's life, some of which were orchestrated by the CIA. Mao Zedong survived an assassination attempt, plotted by high ranking officers within his own military, and Saddam Hussein's own sons-in-law once attempted to kill his eldest son5. With such real and present threats, even from trusted allies, some sense of paranoia might be warranted.

Given the extremity of many dictators' fears, though, further explanation is warranted. An additional explanation of their behavioral patterns might be rooted in their individual personalities. Colloquially speaking, people often use "personality" as a synonym of how interesting a person appears to be in the eyes of onlookers, both within and from outside their respective sphere of influence. For instance, we might say that a loud comedian has "a lot of personality," whereas we might describe someone we view as boring and quiet as "lacking personality." In the psychological literature, though, personality is defined as the "enduring patterns of thinking and behavior that define the person and distinguish him or her from other people." In other words, your personality is what makes you distinct from those around you. In studying personality, psychologists can examine common traits across people and note how these traits may interact to predict behavior. In so doing, researchers can develop a better understanding of why people behave the way they do over the course of many years.

Narcissism Is A Consistent Trait

With regard to dictators, one particular trait that consistently stands out as relevant is narcissism. Narcissistic individuals have a "greatly exaggerated sense of their own importance" and are "preoccupied with their own achievements and abilities." They see themselves as "very special" people, deserving of admiration and, consequently, have difficulty empathizing with the feelings and needs of others.

When narcissism becomes extreme to the point that it:

… that individual may be diagnosed with narcissistic personality disorder, which is defined by a:

These individuals are "preoccupied with fantasies of unlimited success" and "power." They believe they are unique and can only be associated with others of equally high status. Furthermore, they require excessive admiration to remain happy, possess an extreme sense of entitlement, exploit others, and are often envious of others.

Descriptions of narcissistic personality disorder seem reminiscent of what we know of dictators. Not only do dictators commonly show a "pervasive pattern of grandiosity," they also tend to behave with a vindictiveness often observed in narcissistic personality disorder. For instance, in now famous psychological experiments, researchers found that highly narcissistic individuals were more likely to try to punish those individuals who negatively evaluated their work, even when the narcissistic person believed they were administering painful electric shocks. More recent work shows that, after a negative evaluation, narcissistic people will demonstrate greater aggression even to individuals unrelated to the feedback. Such experiments can help us understand the aggressive behavior of dictators, who are known to lash out against negative evaluations18.

Surprisingly, narcissism could also help explain the anxious behavior displayed by dictators. Researchers have identified two forms of narcissism: grandiose narcissism and vulnerable narcissism. Though grandiose narcissism is associated with all that you might expect from a narcissist (e.g., grandiosity and aggression), vulnerable narcissism is associated with an "insecure grandiosity," which seems to produce intense defensiveness and feelings of inadequacy. Such individuals are often described as being "worrying, emotional, defensive, anxious, bitter, tense, and complaining".

These components can be so extreme that narcissistic personality disorder can be misdiagnosed as borderline personality disorder, which is associated with high levels of anxiety. The intensity of the emotional experiences produced by narcissism in combination with actual dangers could produce remarkable levels of anxiety, worry, and uncertainty – to the point that one might actually consider moving their entire capital to the middle of a jungle based on the advice of an astrologer8.

Given that the majority of dictators seem to be incredibly narcissistic, could we possibly use that fact to predict individuals who are likely to become dictators? That is, if we know the prominent people in an unstable country, could we predict which of those people are likely to try force their way into power and try to stop them? This question is difficult to answer. First, not all dictators come to power in a similar manner or under similar circumstances. For example, Hitler came to power after an intense propaganda campaign and copious amounts of intimidation and violence on the part of the Nazi Party21. Mao Zedong became dictator after serving as a successful military leader throughout a long civil war2. Saddam Hussein climbed his way through the Iraqi political system for years until he was able to strong arm his way into power23. Finally, Kim Jong-un, who by available accounts, was raised in an extremely privileged, "Western" childhood24 also went on to exhibit the traits of a dictator.

Moreover, researchers remain uncertain as to why narcissistic personality disorder and narcissistic behaviors emerge. We know that the majority of individuals diagnosed with the disorder are male, and researchers speculate that certain genetic factors and parenting styles may increase the chance that someone develops the disorder. However, further research is necessary to understand whether these factors cause narcissistic personality disorder.

Combined, these factors make it incredibly difficult to predict which leaders will embody dictatorial tendencies. We simply do not fully understand the contributions of cultural, environmental, or political influences that facilitate the rise of a dictator. However, that does not mean that research into these issues is a fruitless endeavor. By better understanding the sociopolitical contexts that allow dictators to attain and maintain power and further investigating the role of personality, we may one day be able to proactively identify and attenuate dictatorial leadership prior to the emergence of their often horrific actions. In so doing, there would be the potential to save countless lives and stem the tide of years of oppression in many countries.