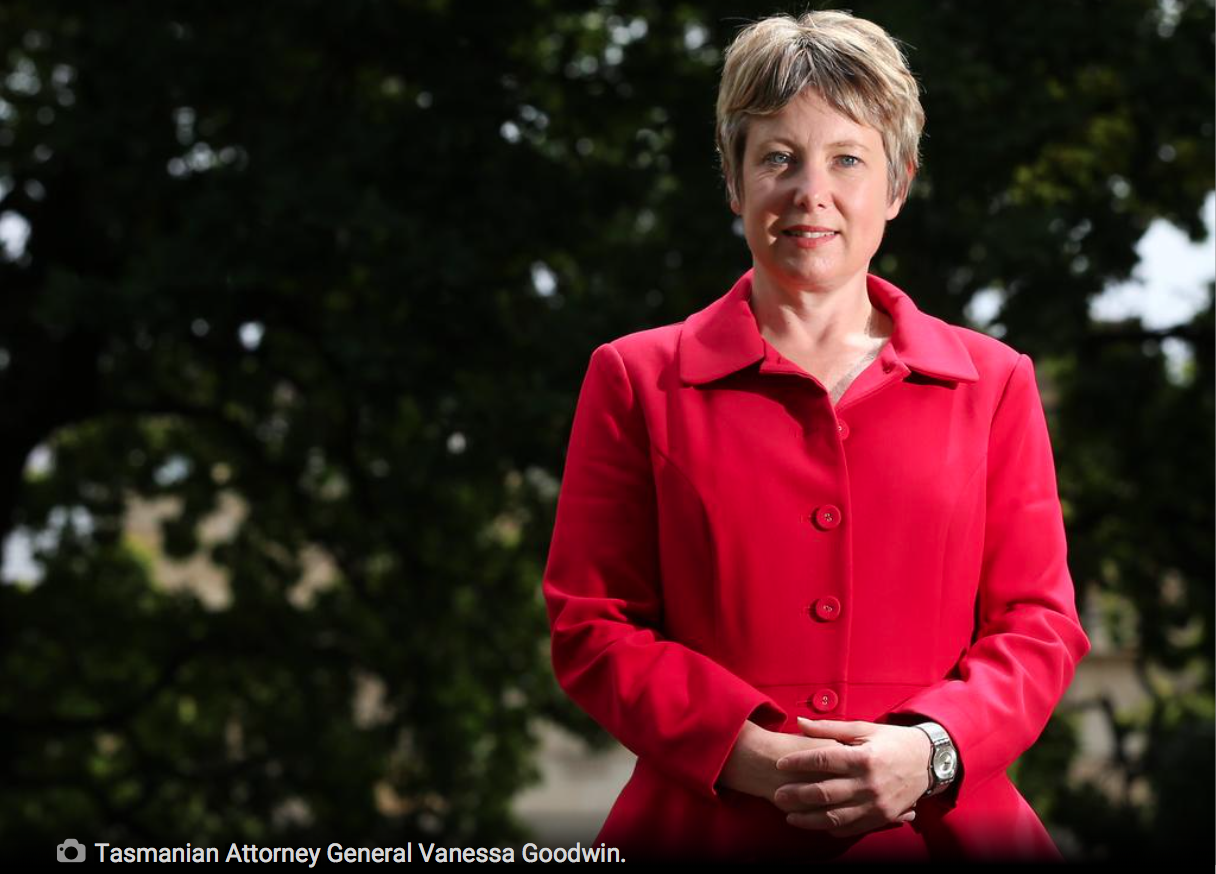 THE State Government has scrambled to conduct swearing-in ceremonies for magistrates after an oversight meant none has taken the oath of office properly for three decades.

Attorney-General Vanessa Goodwin, right, assured the public that tens of thousands of criminal convictions and jail sentences handed down during the period were still valid despite the error.

The news was released just hours before the Easter break.

Under the 1869 Promissory Oaths Act, all magistrates, coroners and justices of the peace are required to take the judicial oath tendered by the Clerk of the Executive Council and taken in the presence of the Governor or the Chief Justice or another judge of the Supreme Court.

But the requirement has not been followed for 30 years.

“Eleven magistrates were sworn in today in the Hobart Magistrates Court and the ­remainder will be sworn in as soon as possible.”

The oversight was only discovered recently and the Government has promised urgent legislation to fix the loophole. Meanwhile, judicial officers were being sworn in again — just to be sure.

“Existing magistrates, coroners and active bench judges are being correctly sworn in, in accordance with the Act. A swearing in took place earlier today,” Dr Goodwin said.

“Eleven magistrates were sworn in today in the Hobart Magistrates Court and the ­remainder will be sworn in as soon as possible.

“This is a unique situation but due to the prompt action the Government is taking it will not impact on the previous work of the magistrates.”

She said the Government would introduce legislation to update the appointment of magistrates, coroners and justices of the peace.

The requirement to take the oath was “impractical and outdated”, she said.

“It has recently been established that the process as outlined in the Act has not been used for the past three decades,” Dr Goodwin said.

“It is appropriate that, having identified this potential issue, the Government takes immediate action to update the relevant legislative provisions and ensure appointments remain valid.”

She said the Government had legal advice that upheld the validity of any decision or action taken by magistrates and justices to date.

“An amendment will be introduced in the next sitting of Parliament to update the process for taking the judicial oath to allow the oath to be taken before a magistrate,” she said.

Law Society president Matthew Verney said: “It’s a good thing that it has been noticed, remedied, and publicised. All of that reinforces confidence in the court system.”