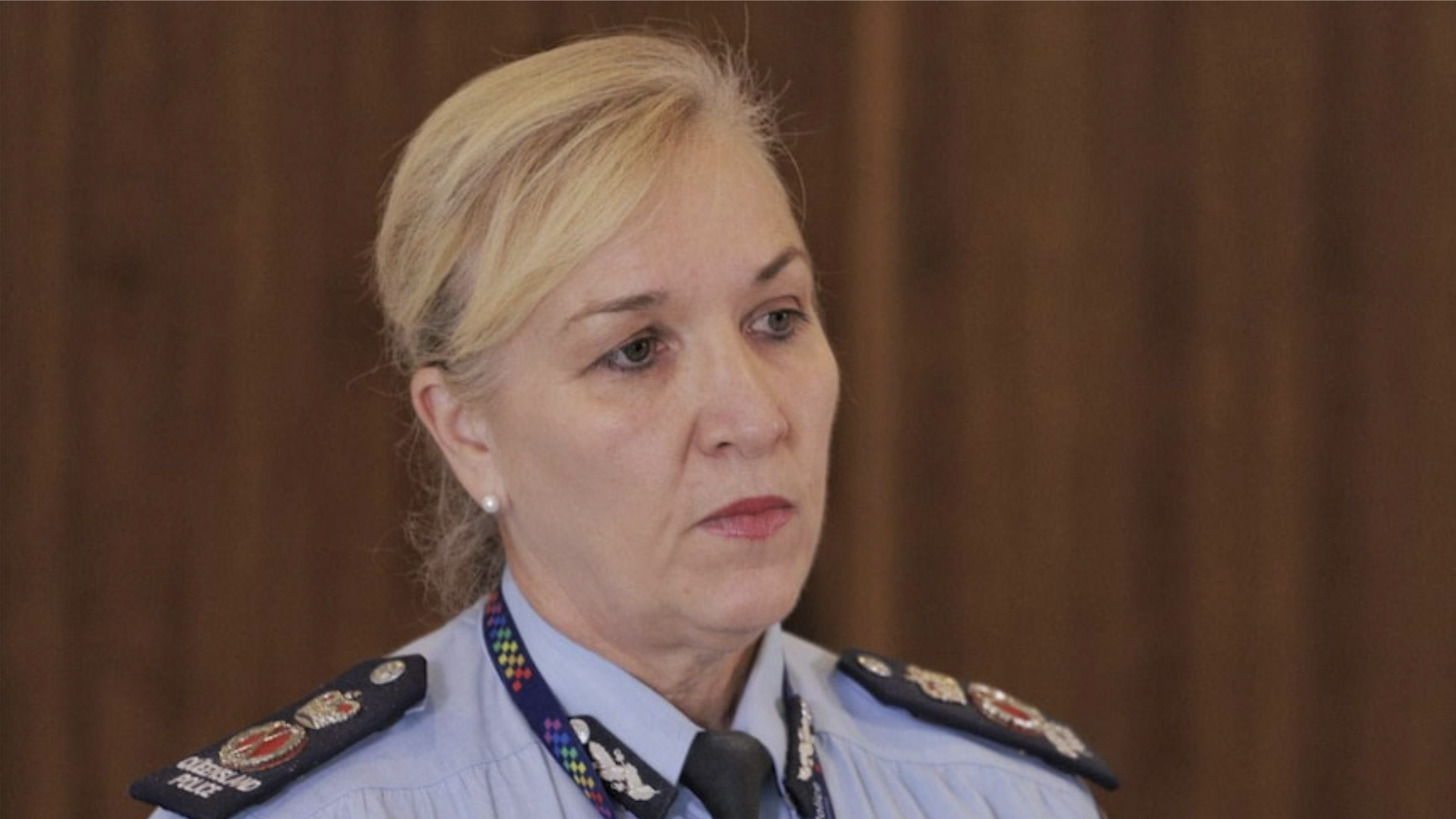 The Queensland Police Commissioner's direction for all staff to be vaccinated or face suspension and possible dismissal will be tested in the Supreme Court.

Seven Queensland Police Service (QPS) employees, including five serving police officers, are seeking a court order to invalidate the direction and stop it from being enforced.

Commissioner Katarina Carroll has directed both civilian staff and police to have at least one vaccination shot by October 4 and a second dose by January 24 next year.

Commissioner Carroll is named as the first respondent in the legal challenge.

She has said previously any staff member who fails to meet the deadline will be suspended for a week on pay and then asked to show cause why they should not be suspended without pay.

The QPS group are also seeking a stay on any disciplinary action or proceedings against them for not being vaccinated until their cases are finalised in court.

Queensland Police Commissioner Katarina Carroll says vaccination is the greatest protection against COVID-19 and that all QPS staff are required to get the jab within five months.

A separate group of Queensland police officers and their families set up a GoFundMe Page last month to raise money for legal challenges against compulsory vaccination.

More than $110,000 has been raised for this group and legal sources have told ABC News court action will be launched on their behalf in the coming days.

In the Supreme Court action filed from the seven employees, they are seeking a judicial review of the Commissioner's direction, alleging it breaches the rules of natural justice, human rights and anti-discrimination laws.

Court documents show the group also claim the direction for staff to vaccinate is an "improper exercise of power".

Their concerns include that the Commissioner's direction is an adverse action against employees that do not vaccinate because of political or religious beliefs.

It is unclear who is bankrolling the Supreme Court action.

The Queensland Police Union has said it is not funding the action and is unaware of who is doing so.

The group of seven are being represented by lawyer Sam Iskander and their case will be heard in the Supreme Court in Brisbane on Thursday.

A QPS spokesperson said while the matter is before the court, it would be inappropriate for the Queensland Police Service to comment.

'About making the community feel safe'

The QPS has stated previously that it sought independent legal advice on the vaccination mandate.

"The QPS is mandating vaccinations for the entire workforce in all QPS workplaces within the next five months to protect employees, their families and the community from COVID-19," a spokesperson said.

"The dynamic nature of policing means frontline officers interact with large volumes of people and move around to all corners of the state.

"It is important the Queensland community have confidence and feel safe when interacting with their police."

The spokesperson said staff were encouraged to speak with their managers to work out "individual issues and circumstances" over the next five months.

"While we respect individual choice and we will continue to engage closely with our members as we implement the directive, our overwhelming obligation is to ensure we have safe workplaces and a safe community," the spokesperson said.