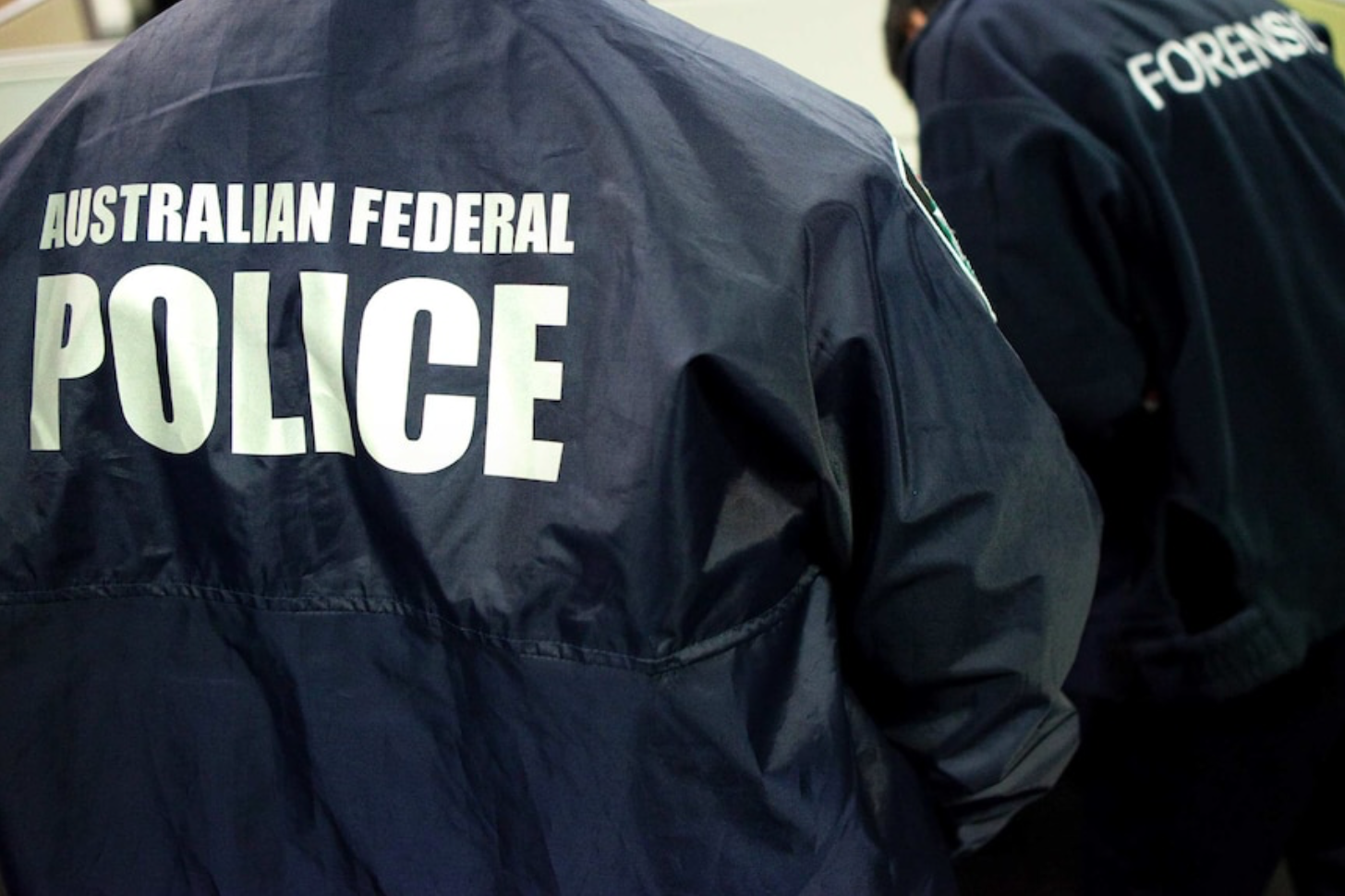 A Perth man has been charged as part of an investigation into a video which claimed to show the Australian Federal Police (AFP) Commissioner calling for the federal government to be overthrown. Authorities said their operation started about two weeks ago when the video began circulating online, which falsely claimed to show Commissioner Reece Kershaw calling people to join the AFP in the cause.

Acting Assistant Commissioner Andrew Donoghoe said the video was "complete and utter nonsense" with "no truth or credibility". Search warrants were executed in Brisbane, Cairns, Townsville, Perth and in rural South Australia at the weekend. He said investigations were ongoing, and a Perth man had been charged with impersonating a Commonwealth public official.

"We will allege this man claimed to be an AFP official during an unsuccessful attempt to obtain stamps and ID badges bearing the official AFP logo from a commercial business," Acting Assistant Commissioner Donoghoe said.

"Our inquiries in relation to that man are continuing."

If found guilty, he faces up to two years in jail.

He was ordered to appear in the Perth Magistrates Court later this month.

Police also recovered three boxes of replica AFP badges which had been sent to a home in Cairns.

Acting Commissioner Donoghoe said they had been found dumped in a local creek by Queensland Police.

He said the investigation was ongoing.

"There's a considerable amount of material that's still being gone through at this stage," he said.

"I'm not ruling out the possibility there will be further action, further search warrants, as a result of the information we've been able to gather."

But she said the situation should also remind people of how vulnerable some in the community are.

"We really should look out for our families, friends and colleagues," she said.

"During this lockdown period, especially in south-east Queensland, I urge all of us to come and unite and to check on our friends and make sure we're OK."

Acting Commissioner Donoghoe said police had identified the man in the video and found him to be part of a nationwide group. The AFP said the group met online regularly to discuss their interests in taking over the federal government. "Several people had been allegedly appointed as 'commissioners' in the force," he said.

"They had issued several 'warrants' for a number of high-profile government people and they intended to execute those arrest warrants on people." He said the videos were still circulating online, but police acted early to try to prevent people from acting on them. "We're working with the internet service providers now to see if we can have that material removed," he said. Acting Commissioner Donoghoe said the focus of the police investigation was on "criminality, not ideology".