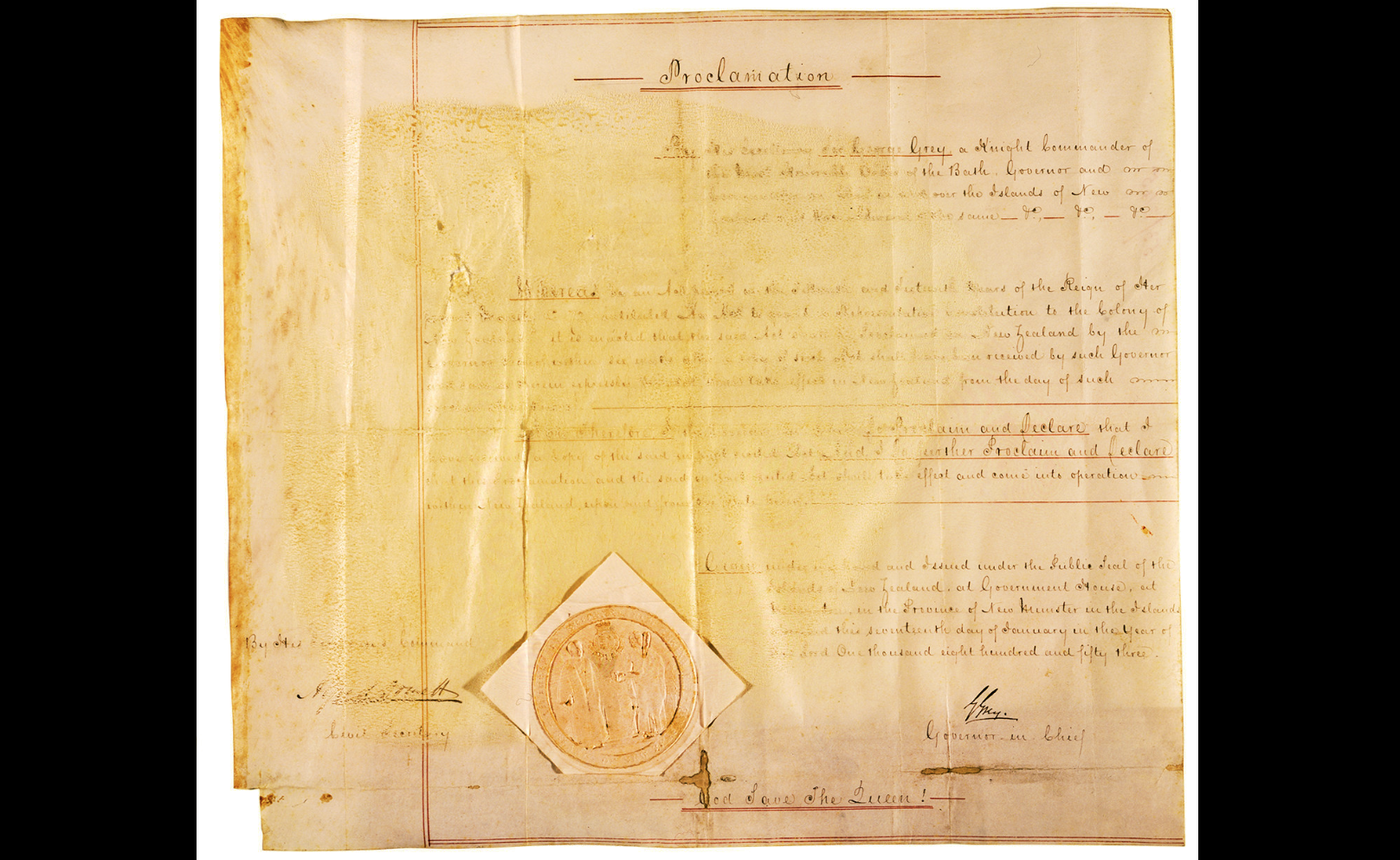 WHEREAS by an Act of the Session holden in the third

3 and 4 Viet. and fourth years of Her Majesty, chapter

sixty-two, it c. 62. was enacted, that it should be lawful

for Her Majesty, by Letters Patent, to be from time to

time issued under the Great Seal of the United Kingdom,

to erect into a separate Colony or Colonies any Islands

which then were, or which thereafter might be, comprised

within and be Dependencies of the Colony of New South

VVales : And whereas in pursuance of the powers in

Her vested by the said Act, Her Majesty did, by certain

Letters Patent under the Great Seal of the United

in the fourth year of Her reign, erect into a separate

prised within or Dependencies of the Colony of New

South Wales, bounded as therein described; and the

said Islands of New Zealand were thereby erected into

a separate Colony accordingly; and Her Majesty did,

by the said Letters Patent, authorize the Governor for

the time being of the said.Colony of New Zealand, and

certain other persons, to be a Legislative Council for

such Colony, and to make laws for the peace, order,