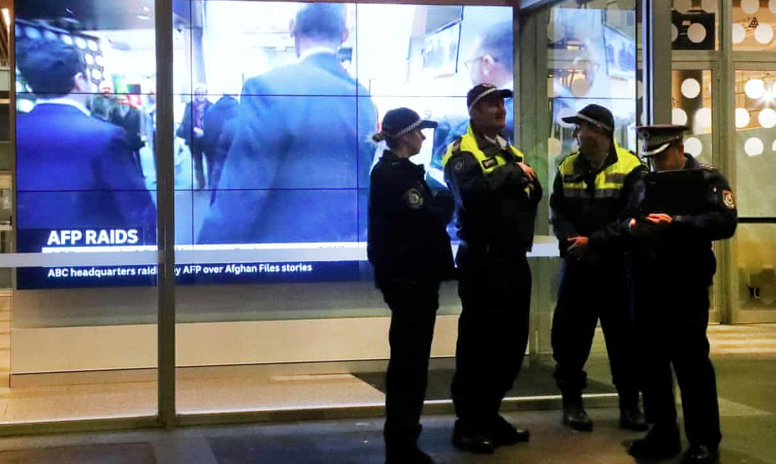 Two innocent men who were detained and allegedly assaulted by Victoriapolice are suing the force claiming false imprisonment, assault and battery by the officers involved.

In May last year, Victoria police officers stormed the garage of the home attached to the Hares and Hyenas bookshop in the Melbourne suburb of Fitzroy at 2am.

Dimopoulos ran from the building when members of the Critical Incident Response Team entered the premises, fearing the police were intruders. Police mistook Dimopoulos for a suspect they were pursuing in relation to a car jacking and home invasion. In tackling and detaining him, police ripped Dimopoulos’s right shoulder from its socket and shattered several bones in his shoulder. 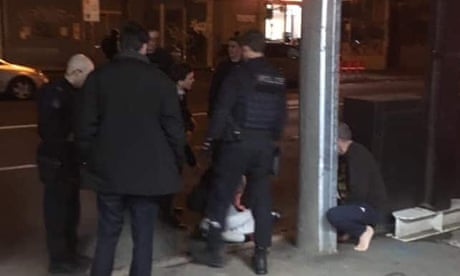 Victoria police did not use excessive force against innocent man who had arm broken, watchdog finds

The Victorian Independent Broad-based Commission Against Corruption report into the incident, released in April, found that the use of force was proportionate, although his human rights were infringed because officers did not tell him the reason for his arrest, inform him of his rights, or officially release him from custody.

Tsipas was detained by police in 2017 as he left an apartment complex during a siege in Brighton, near Melbourne. Tsipas said in 2017 he was thrown to the ground with guns pointed at him, and was handcuffed for “an hour and a half”.

In their civil lawsuits, Dimopoulos and Tsipas are seeking a finding that police assaulted, battered and falsely imprisoned them, and breached the duty of care owed by “failing to exercise reasonable care” for their safety, and failing to supervise, control or train officers.

The pair are seeking damages with interest and costs.

In April, Dimopoulos said he still could not look at his arm, and needed daily physiotherapy and massages to stop it stiffening up and causing pain.

“This whole social distancing thing has pretty much been me for the past year,” he said.

“To this day, I still can’t look at my arm, it’s still too triggering, so it’s physical and still psychological.”