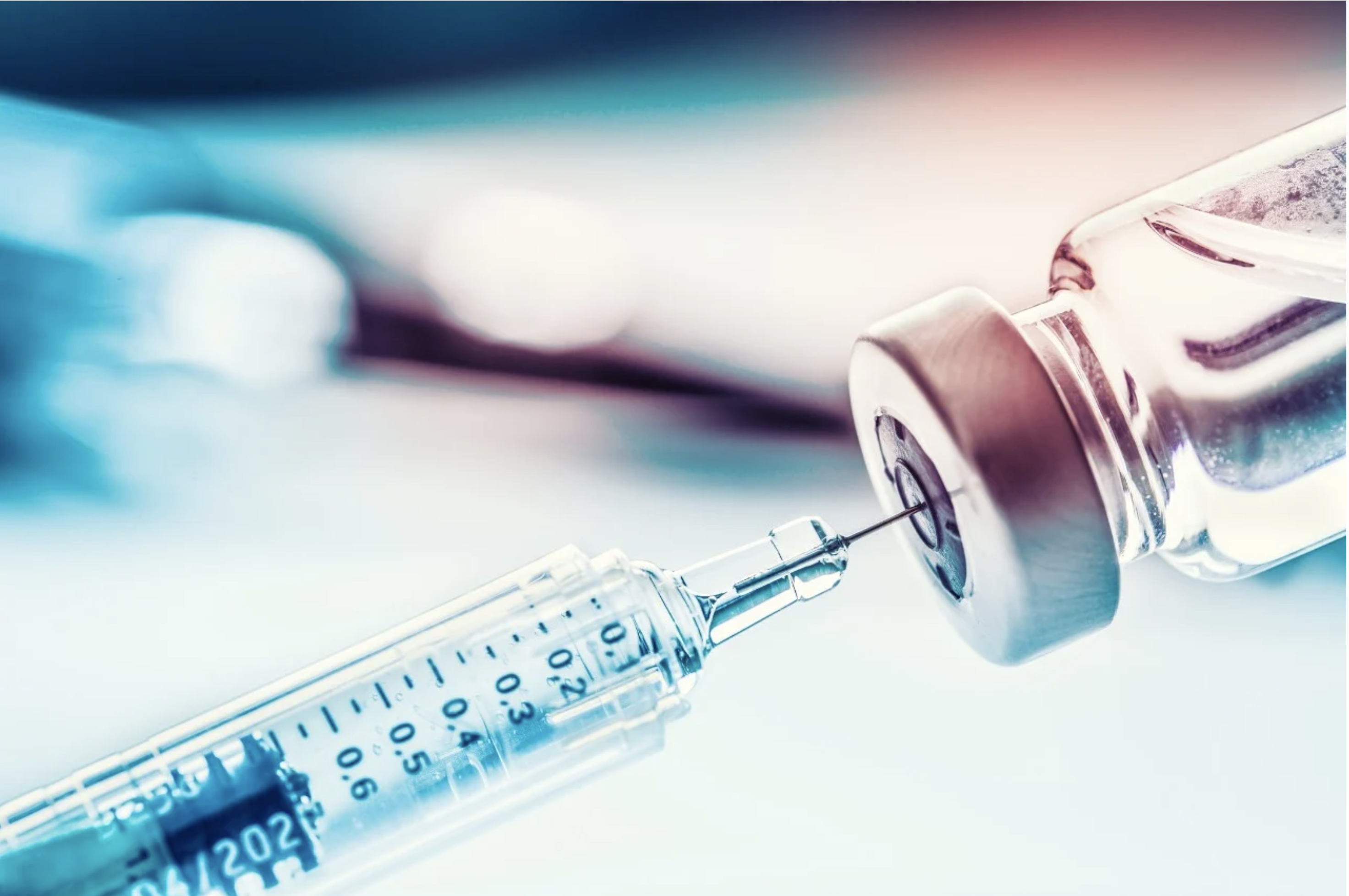 What can be said about Justice Alex Pazaratz that has not already been said by others? There is no doubt that he “can be counted on to tell it like it is;” is “thoughtful and child-focused;” and is “known for his plain language, storytelling, humour and biting commentary.”

While judges across Canada have parroted the accepted catechism about COVID vaccinations for children, Justice Pazaratz has provided the first in-depth analysis and may be the first judge in Canada to deny a parent’s application to vaccinate young children.

He begins his reasons by asking: “Should judges sit back as the concept of ‘Judicial Notice’ gets hijacked from a rule of evidence to a substitute for evidence? And is ‘misinformation’ even a real word? Or has it become a crass, self-serving tool to pre-empt judicial scrutiny and discredit your opponent? …[A] childish — but sinister — way of saying “You’re so wrong, I don’t even have to explain why you’re wrong.”

The facts of the case reveal that a father applied for an order that his two children, L.E.G. age 12 and M.D.G. age 10, receive COVID vaccinations, while their mother opposed this. The parties, who separated after seven years of marriage, have three children: a son, C.B.G., age 14, who lives with his father, and a son and daughter, ages 12 and 10, who live with their mother. The parties agreed in minutes of settlement that each party would have sole decision-making authority for the child(ren) in their care and control, however, their agreement also stated that: “The issue of L.E.G. and M.D.G. receiving a COVID-19 vaccine shall remain a live issue and shall be determined at a later date. The child CBG can determine whether or not he wants to be vaccinated now.”

The mother’s evidence focused entirely on medical and scientific evidence while the father focused on labeling and discrediting his children’s mother in a dismissive attempt to argue that her views were not worthy of consideration. Why? Because she had a political affiliation with the People’s Party of Canada led by Maxime Bernier; had perpetuated COVID-related conspiracy theories and vaccine hesitancy on social media; and failed to wear a mask at a large rally.

Puzzled by this evidence, Justice Pazaratz queries how any of these allegations and many similar ones are relevant, and how far is one to take “guilt by association”? He remarks that “it is of little consequence that an individual litigant chooses to advance such dubious and offensive arguments. Even though the father may not admit this, this is still a free country and people can say what they want…including him. But there’s a bigger problem here. An uglier problem.”

Justice Pazaratz then identifies the intolerance, vilification and dismissive character assassination in family court. He presumes that he is seeing more of it because it is “rampant outside the courtroom” and appears to be socially acceptable to denounce, punish and banish anyone who doesn’t agree with you. An example? A recent case where a mother sought to terminate a father’s equal parenting time with their child because he was “promoting anti-government beliefs.” Judge Pazaratz declares: “…in Communist China that request would likely have been granted.” But thankfully, not in Canada.

Of course, what it all boils down to is the best interests of the children, as it must, and the children’s views took centre stage in the analysis. A Views of the Child Report indicated that neither child wished to be vaccinated, and Justice Pazaratz agreed that their views were not determinative, but also could not be completely ignored, relying on Article 12 of the United Nations Convention on the Rights of the Child and the list of factors to be considered as set out in Decaen v. Decaen 2013 ONCA 218.

The court reviewed the children’s histories of regular immunizations, and their consistent reasons for rejecting a COVID vaccination, which did not appear to be frivolous, superficial or poorly thought out.

Finally, the court considered information obtained from the Internet including a “Position Statement” from the Canadian Paediatric Society; a document from the Government of Canada entitled “Vaccines for Children: Deciding to Vaccinate” and an article from the Canada Communicable Disease Report entitled “COVID-19 Cases and Hospitalizations Surge Among Children,” all proffered by the father.

The mother’s material included an article by Dr. Robert Malone, the inventor of the mRNA vaccine; a Pfizer fact sheet; a peer-reviewed article entitled “Immunization with SARS Coronavirus Vaccines Lead to Pulmonary Immunopathology on Challenge with the SARS virus”; and an article from the Centers for Disease Control and Prevention (CDC) entitled “Clinical Considerations: Myocarditis and Pericarditis After Receipt of mRNA COVID-19 Vaccines Among Adolescents and Young Adults.”

Justice Pazaratz noted that information obtained from the Internet can be admissible if it is accompanied by indicia of reliability, including whether it comes from an official website from a well-known organization, whether the information is capable of being verified and whether the source is disclosed so that the objectivity of the person or organization can be assessed.

However, he also remarked that in almost all cases in Canada where COVID vaccinations have been ordered the court has made a finding that on the face of it, the Internet materials presented by the objecting parent have been grossly deficient and at times, dubious. “The lack of an equally credible counter-point to government recommendations may have well been determinative in those earlier cases.”

Notably, the court recited the warning from Pfizer, a company that makes the vaccine, as follows: “There is a remote chance that the Pfizer vaccine could cause severe allergic reaction… Signs of an allergic reaction include difficulty breathing, swelling of the face and throat, a fast heartbeat, a bad rash, dizziness and weakness. Inflammation of the heart have occurred in some people who have received the Pfizer vaccine….”

Justice Pazaratz also quotes from Dr. Robert Malone who warns that “therapeutic approaches that are still in the research phase are being imposed on an ill-informed public” and that “public health leadership has stepped over the line and is now violating the bedrock principles which form the foundation upon which the ethics of clinical research are built.”

With respect to judicial notice, the court reviewed the analysis of the safety and efficacy of the vaccine as promoted by the federal government and illustrated in other COVID/child vaccination cases in Canada, where judges routinely “judicially noticed” the evidence, endorsing the government views. Judge Pazaratz asked: “After considering all of the evidence — or often the lack of evidence — can the court just fill in the blanks and take judicial notice of the fact that all children should get vaccinated?... Because if ‘all judges just know’ that children should be vaccinated, then we should clearly say that that’s what we’re doing.”

We are reminded that judicial notice is intended to avoid unnecessary litigation over facts that are clearly uncontroversial or beyond reasonable dispute, however, Justice Pazaratz points out other areas of life and the law where the government was wrong, including the Motherisk expert evidence that turned out to be disastrous for families; the residential school system; the sterilization of Inuit women; and the thalidomide crisis of the 1950s.

In closing, Justice Pazaratz comments that both parents are excellent; the children’s mother has the responsibility to make decisions for the children in her care; and that she has consistently made informed and child-focused decisions. He says she is not a bad parent, simply by virtue of asking questions of the government. The father’s application to vaccinate the children is dismissed, with a postscript:

“It’s irrelevant to my decision and it’s none of anyone’s business. But I am fully vaccinated. My choice. I mention this because I am acutely aware of how polarized the world has become.”

Use toolbar at top to open Transcript.