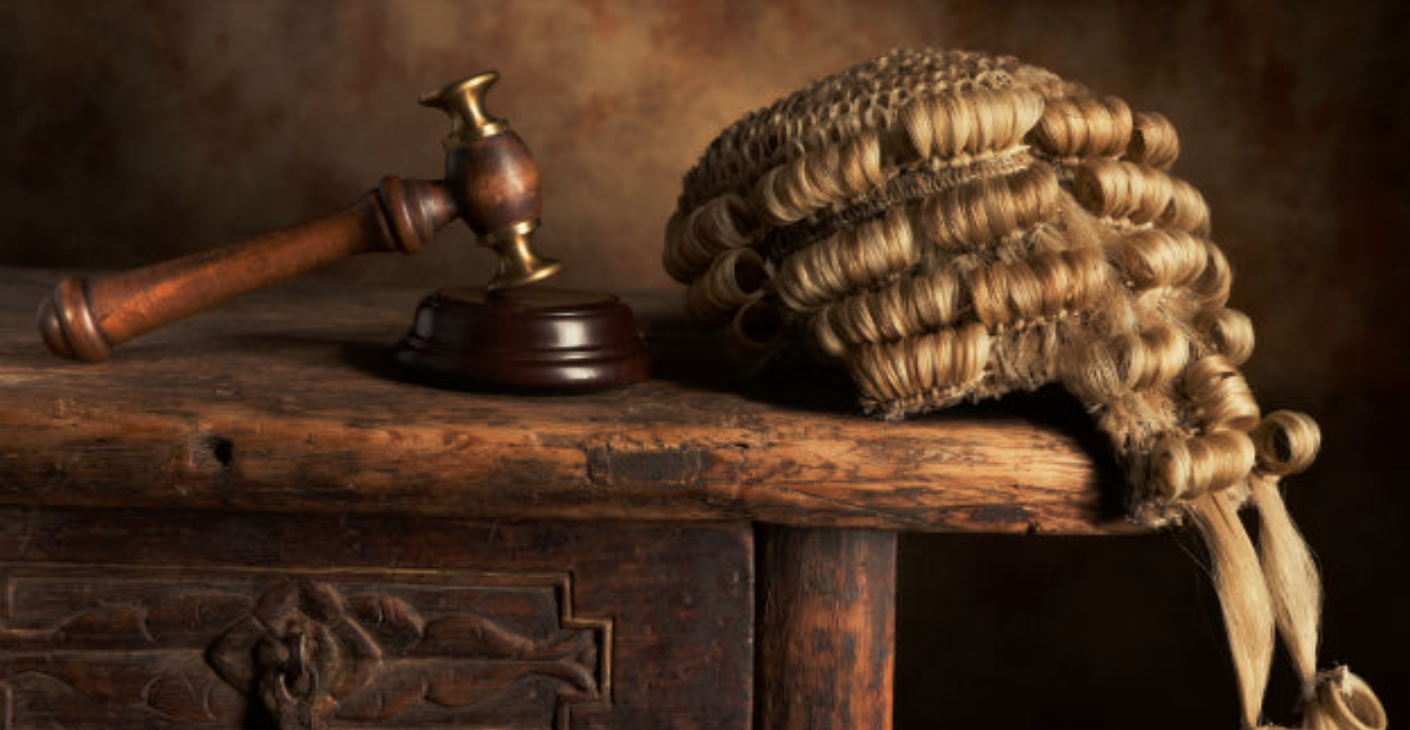 The annotations offers interpretation of what the constitution actually means in law and how the different sections, once combined with each other, offer greater clarity to each section and a deeper more thorough meaning. You will see from the annotations below on the subject of section 107 in respect of the saving of State powers, the States have power over the regulation of the Departments of the State, Health being one of those Departments.

Saving of power of State Parliaments.

RESIDUARY LEGISLATIVE POWERS.—The residuary authority left to the Parliament of each State, after the exclusive and concurrent grants to the Federal Parliament, embraces a large mass of constitutional, territorial, municipal, and social powers, including control over:

Agriculture and the cultivation of the soil:

Banking — State banking within the limits of the State:

Borrowing money on the sole credit of the State:

Bounties and aids on mining for gold, silver, or metals:

Bounties and aids on mining for gold, silver, or metals:

Charities—establishment and management of asylums:

Constitution of State: amendment, maintenance and execution of

Courts—civil and criminal, maintenance and organization for the execution of the laws of a State:

Departments of State Governments — regulation of

Inspection of goods imported or proposed to be exported in order to detect fraud or prevent the spread of disease:

Insurance — State Insurance within the limits of the State:

Intoxicants—the regulation and prohibition of the manufacture within the State of fermented, distilled, or intoxicating liquids:

Land—management and sale of public lands within the State:

Licenses—the regulation of the issue of licenses to conduct trade and industrial operations, within the State, such as liquor licenses and auctioneers' licenses. Subject however to sec. 92:

Officers—appointment and payment of public officers of the State:

Railways—control and construction of railways within the State, subject to constitutional limitations (see Restricted Powers):

Taxation on order to the raising of revenue for State purposes (see Restricted Powers):

Trade and Commerce within the State (see Restricted Powers):

¶ 448. “Any Matter Within the Powers of the Parliament.”

The preceding section declares how the Federal Constitution will affect the powers of the Parliament of a State; it provides that those powers not exclusively vested in the Federal Parliament, or withdrawn from the States, continue as at the establishment of the Commonwealth. This section declares how the Federal Constitution will affect the laws in force in a colony which has become a State. The powers of a Parliament are those conferred on it by its Constitution. The laws of a Parliament are its acts passed in the exercise of its powers. The possession of power is different from the exercise of power; powers may not conflict, but their exercise may; in the event of a conflict the laws of the Union are supreme. (Lewis, Fed. Power Over Commerce, p. 39.) 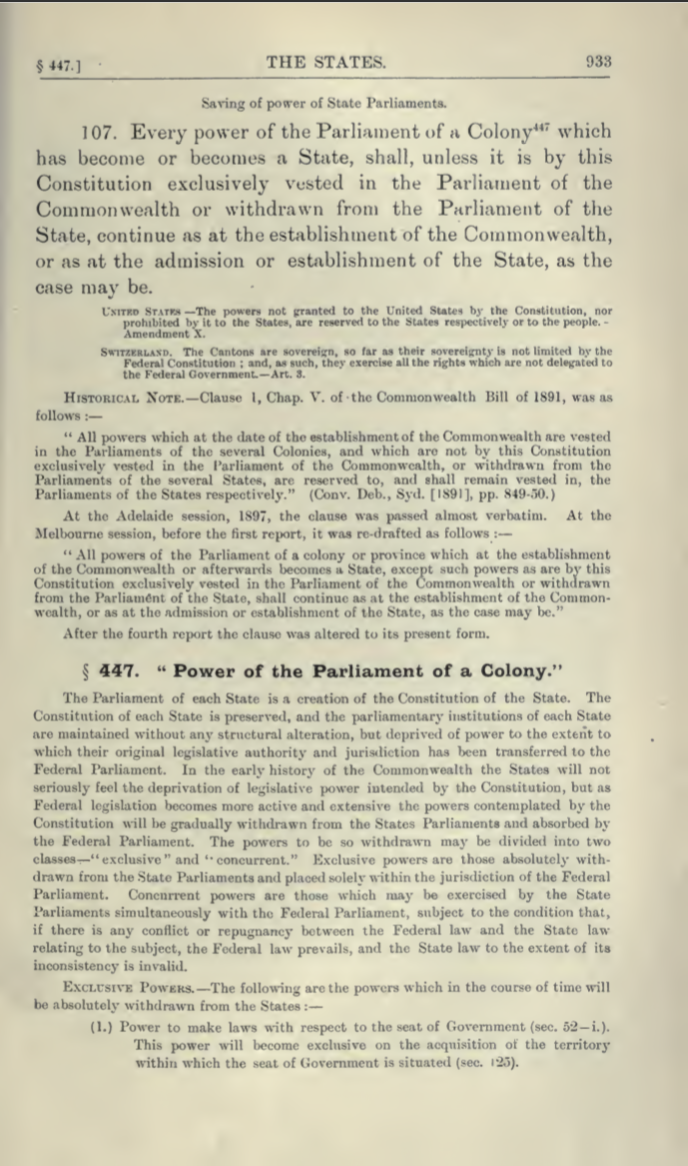 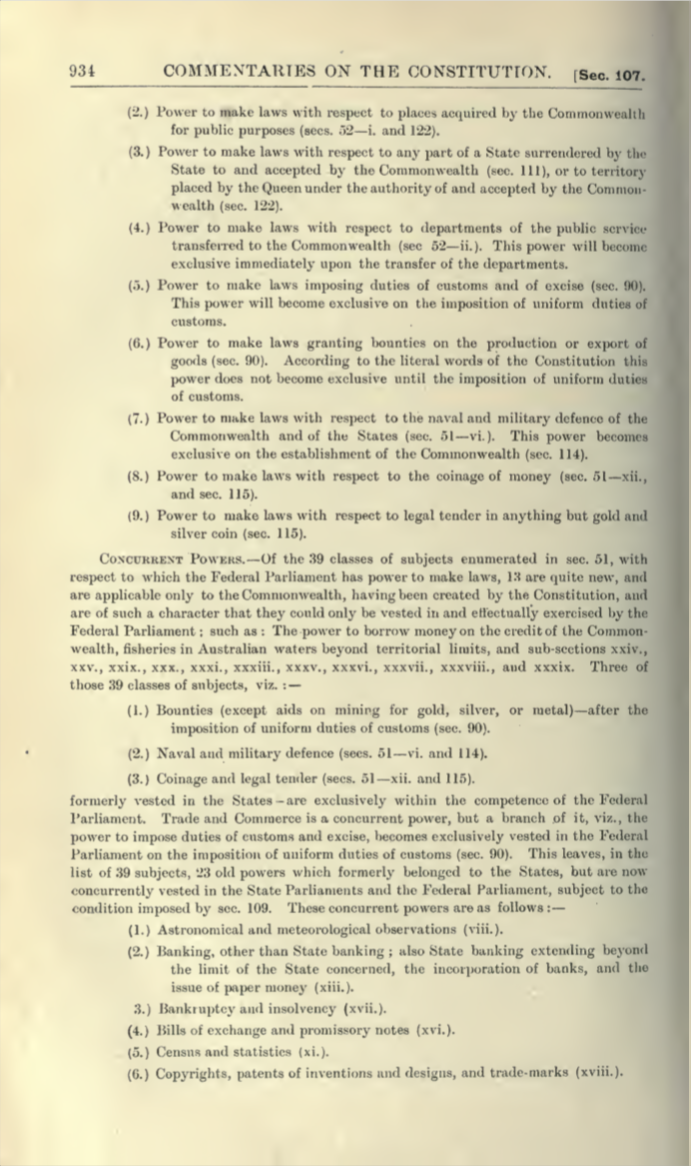 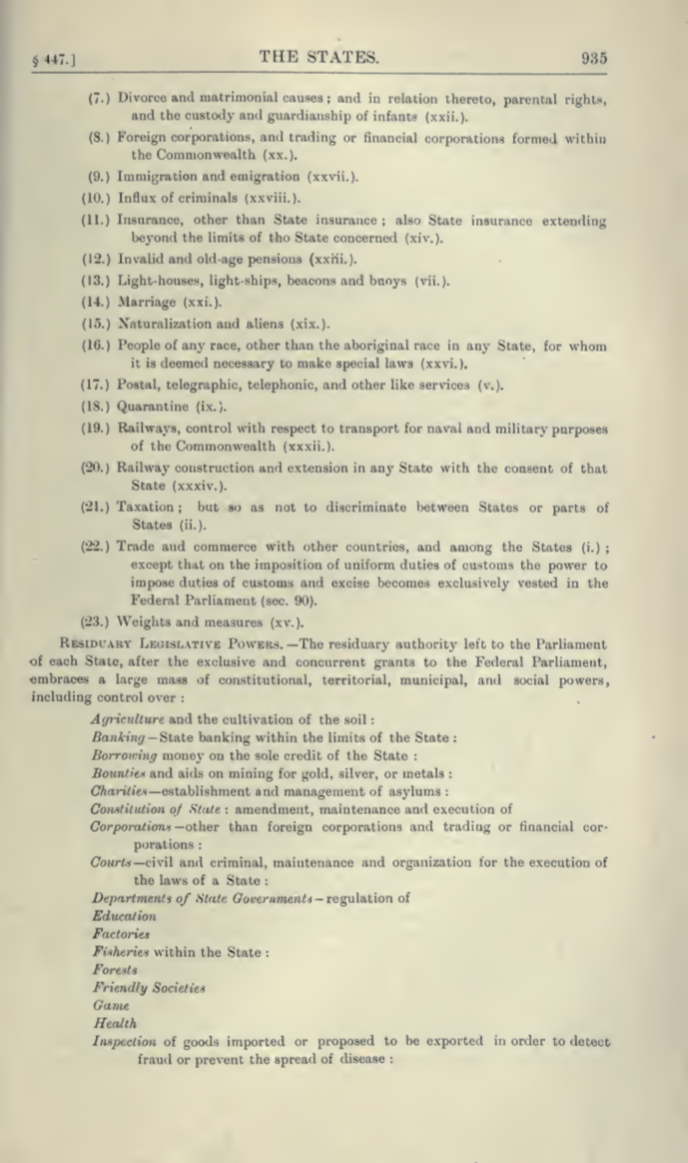 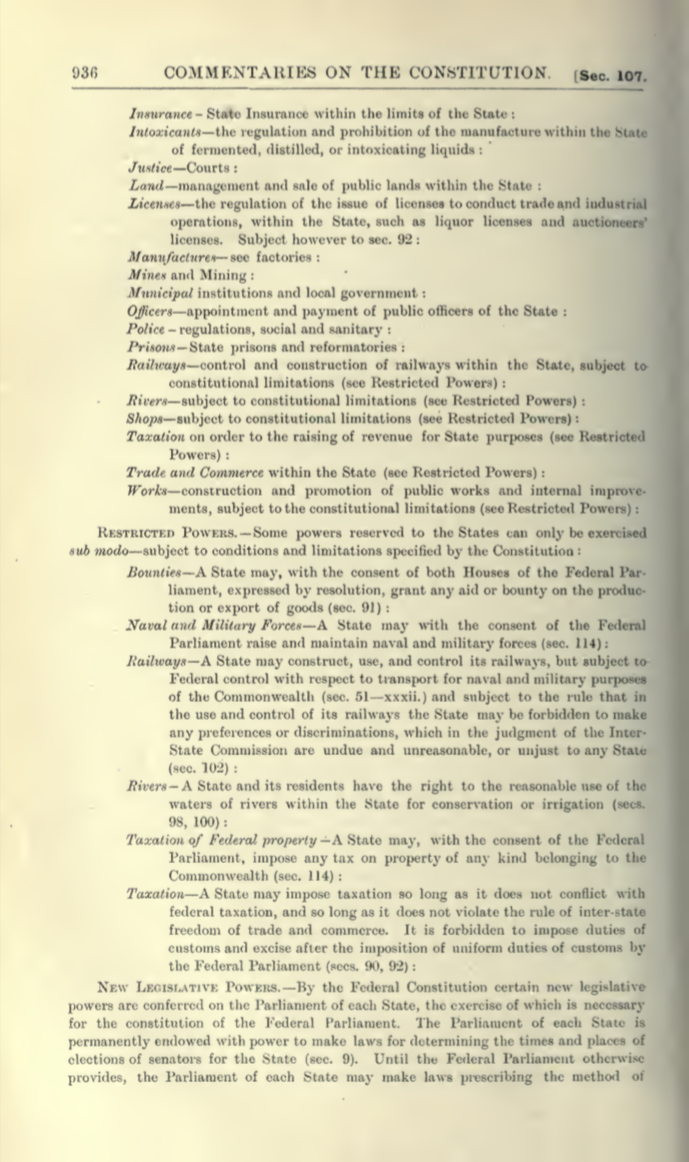 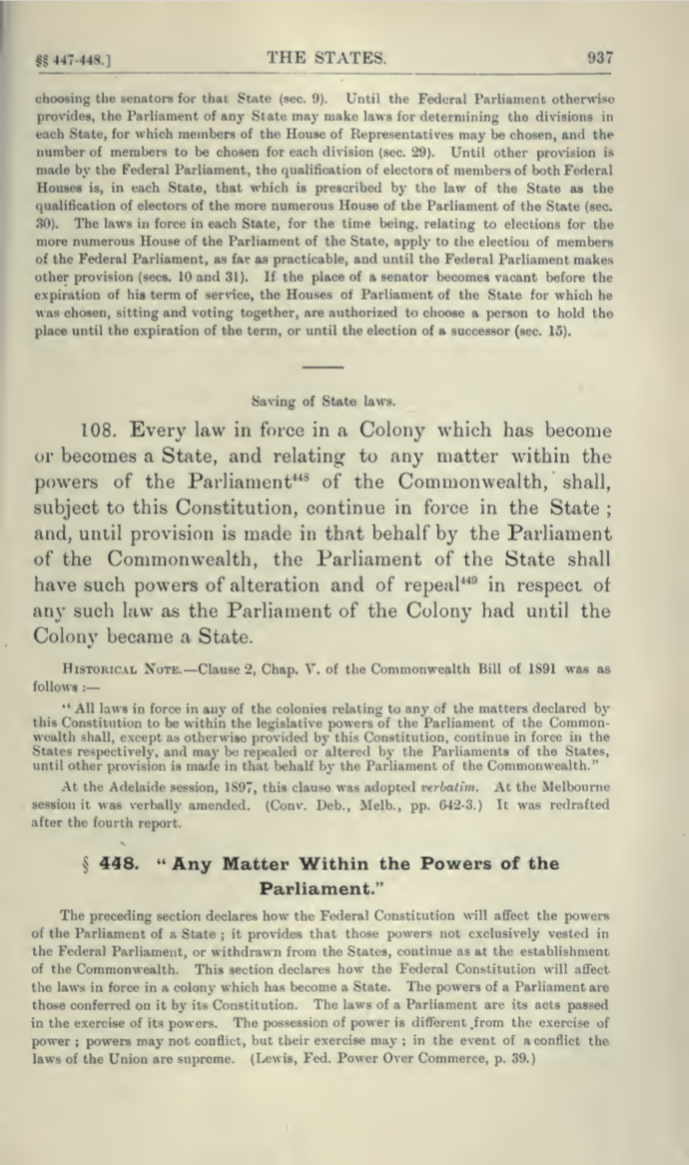