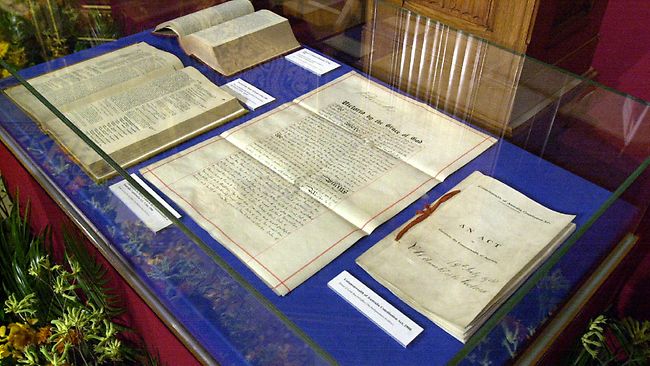 Home »Freedom of Information»Is the Constitution still Binding within Australia?

The Authors Interpretation and Application.

The question surrounding this request is strategic in its delivery, here we break it into 8 parts so as to understand the intent of each part of the request and how it is applied.

The document can be applied by any Australian.

2. Any court, judge or Magistrate in any State:

This applies to Commonwealth and State Judicatures by the term ANY.

3. To operate and be bound by an alternate jurisdiction,

This applies to jurisdictions outside of The Constitution and Commonwealth Laws.

4. Public or private, foreign to the foundation law.

A public or private alternate jurisdiction foreign to the Constitution Act.

5. Specifically the Preamble  and covering clauses

Under the Crown of the United Kingdom & Queen within the sovereignty of the UK.

6. Of the Commonwealth Constitution Act

"The Commonwealth" of Australia as established under this Act. (Clause 6)

7. Which provide for strict compliance to be bound

The binding effect upon the courts, judges and people of every State and every part of the Commonwealth

8. Within the provisions of clause 5

The binding effect of the Constitution and laws made under it by the Parliament of the Commonwealth, and no other.

The FOI officer has refused the request as he is satisfied the Constitution is the fundamental law of Australia binding on all the courts, judges and people of every State and of every part of the Commonwealth, notwithstanding anything in the laws of any State, the Department failed to hold any documents as nothing is in existence that allows for any Australian, any court, judge or Magistrate in any State to operate and be bound by an alternate jurisdiction , foreign to the foundation law and the binding effect found at clause five.