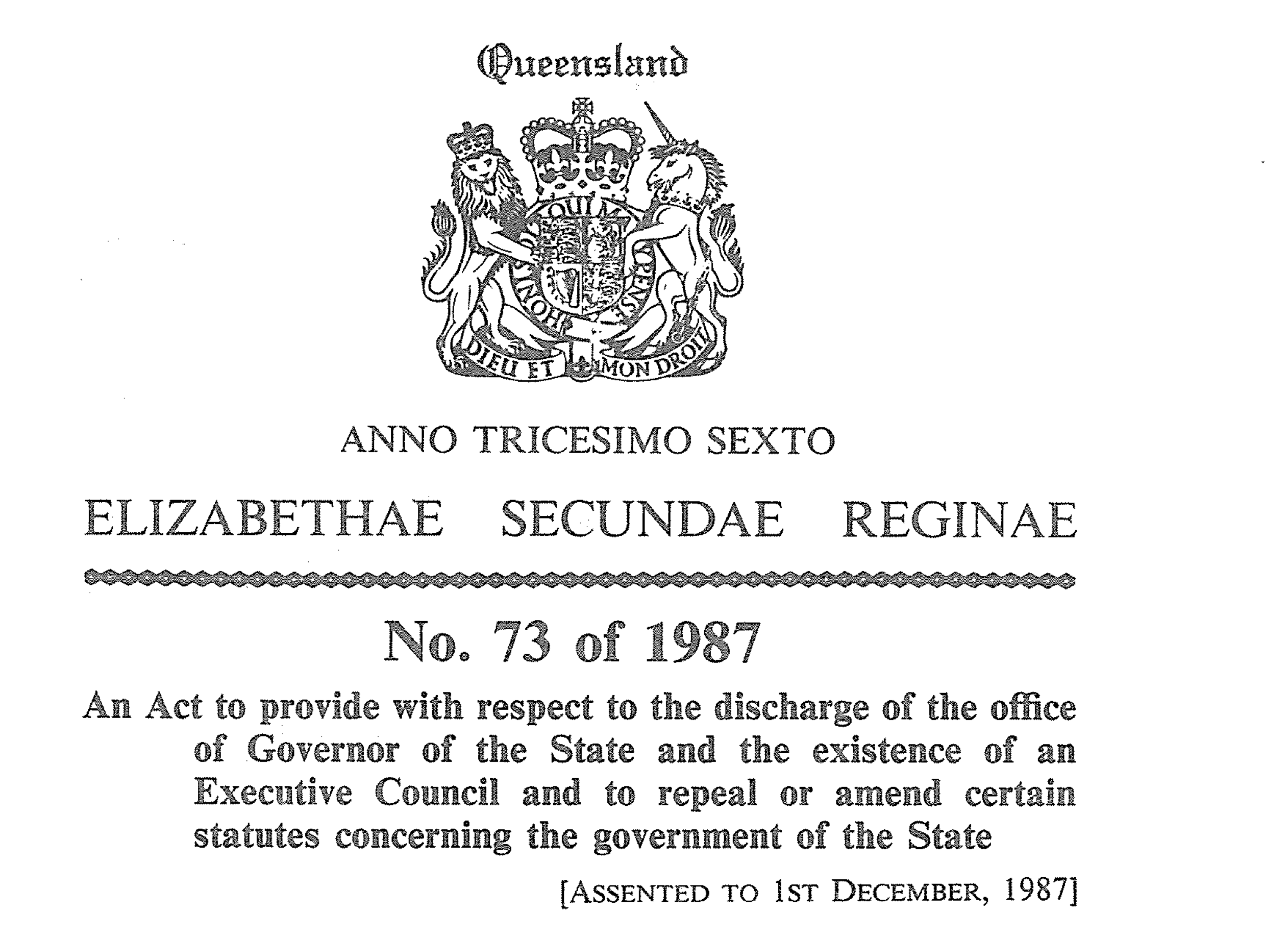 Home »Queensland»Which Power and Authority is the Office of the Governor of Queensland constituted under?

The office of Governor of Queensland fails to be constituted under Letter Patent, the direct line to exercise the Queens prerogative powers was severed in 1987 with the enactment of Act No. 73, Constitution (Office of Governor) Act 1987.

If section 13 suspends the Letter Patent what constitutes the current office and what power and authority does it now operate since the suspension?

7 pages. Use the toolbar at top to open.

Additional questions arise from the creation of this Act, that being, how is an Act enacted by the Queen of the United Kingdom after the 1986 Australia Act to bring the Australian States into Constitutional conformity with the Commonwealth as a Sovereign Independent Nation valid if the States were now under the alleged authority of the Queen of Australia?

When was the Royal Prerogative of Royal Assent delegated to the newly created Office of Governor as an employee of the State?