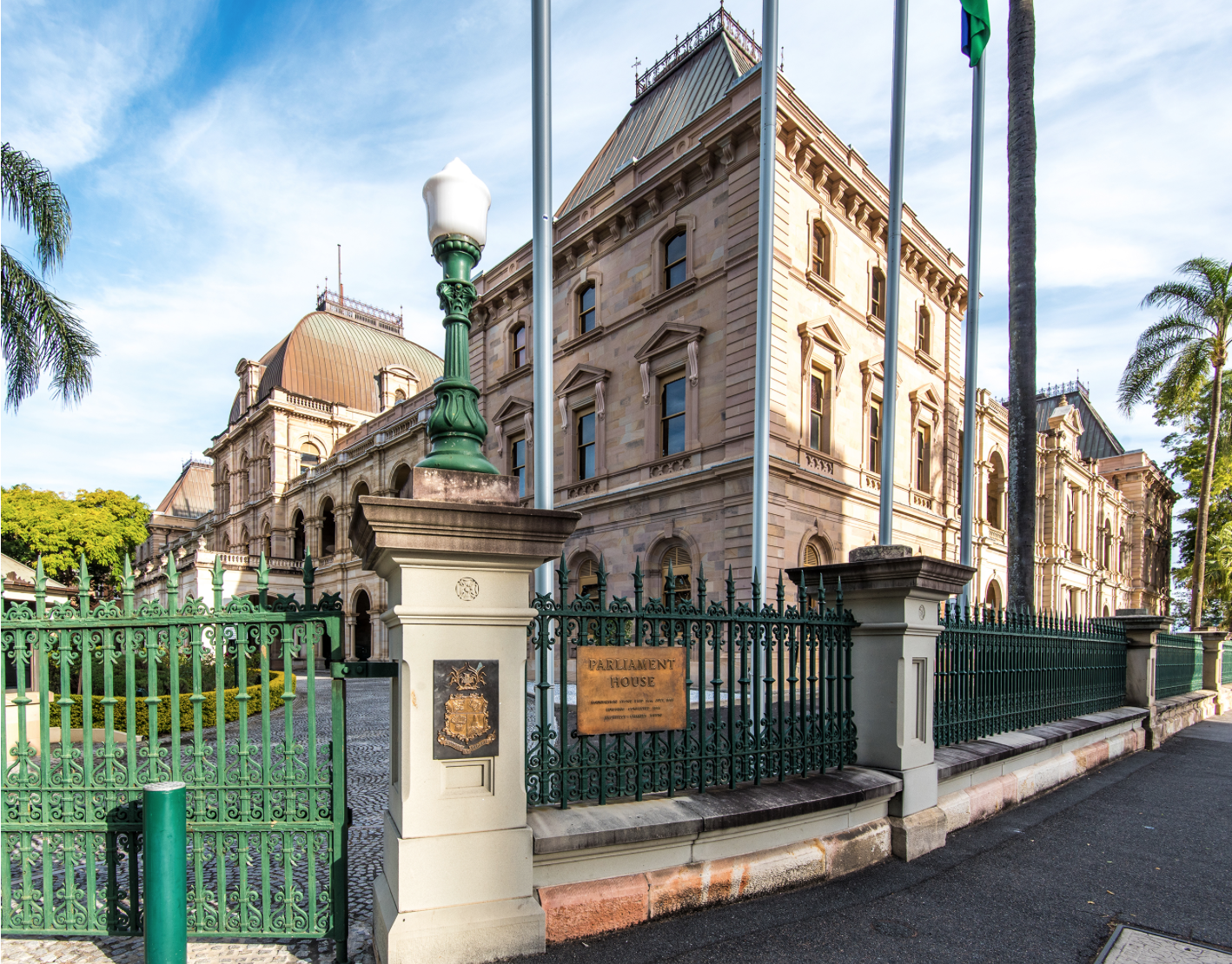 THE CREATION OF QUEENSLAND AS A SEPARATE COLONY

By Letters Patent and an Order-in-Council issued by Queen Victoria on 6 June 1859, Queensland was created as a separate colony, with its own Governor as the Queen’s representative and a bicameral legislature, i.e., a Legislative Council (Upper House) and a Legislative Assembly (Lower House) empowered to make laws "for the peace, welfare and good government of the colony". Governor Bowen arrived in Brisbane on 10 December 1859, read the Proclamation establishing the colony and it is from this date that Queensland became a separate colony.

THE QUEENSLAND CONSTITUTION AND OTHER RELEVANT ACTS

In 1867, in order to consolidate the previous authorities, the Queensland Government passed the Constitution Act 1867, which incorporated the applicable sections of the previous New South Wales legislation, the Order in Council as well as other Queensland constitutional legislation passed between 1860 and 1867.

On 6 June 2002 (Queensland Day) the Constitution of Queensland 2001 came into effect. This statue consolidated the many Acts and other instruments which from 1867 comprised Queensland's constitutional law.

CHANGES TO THE QUEENSLAND CONSTITUTION

Alterations to Queensland’s Constitution can, in the majority of cases, be effected by the Queensland Parliament via the passage of legislation. However, several Queensland constitutional Acts contain "entrenched sections" which, as with the Australian Constitution, require a referendum as well as legislative amendment before changes can be made. These sections include the re–establishment of the Legislative Council, alterations to the three year parliamentary term, the Legislative Assembly’s status and the Office of Governor. In fact, a double entrenchment also applies because the referendum section which provides for the previous requirements cannot be altered unless first being approved by a referendum. Because of this "double entrenchment" these provisions remain in their original legislation and have not been legally incorporated into the Constitution of Queensland 2001 - although reference is made to them in the 2001 statute.

Constitution of Queensland for children Annotated