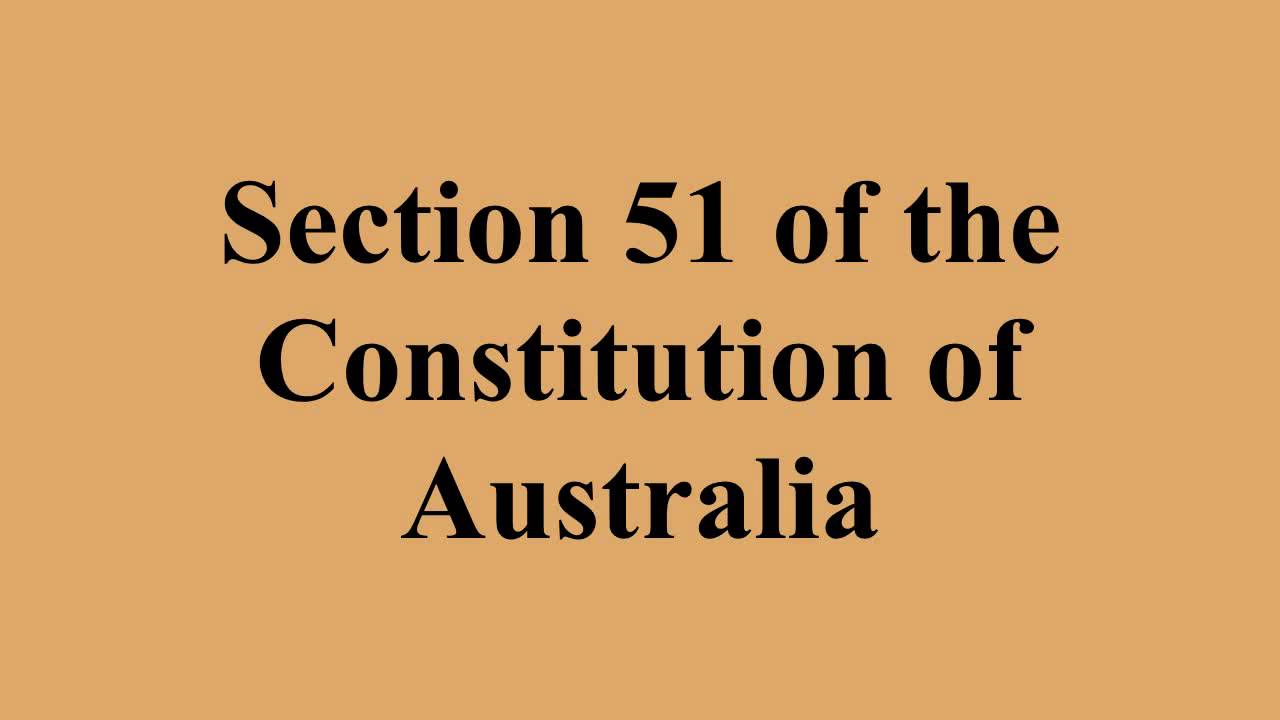 Home »Commonwealth»Section 51(xxxviii) of the Constitution.

“Matters Referred to the Parliament.”

This sub-section evidently contemplates a class of subjects which have not been transferred to the Federal Parliament by the Constitution; which are still within the competence of the State Parliaments to deal with separately and independently, but as to which it may be hereafter deemed desirable that there should be a law of general application within the referring States and such as afterwards adopt the law founded on their reference. For instance, the Parliaments of New South Wales, Victoria, and South Australia might find it consistent with their interests to refer to the Federal Parliament such   questions as the utilization of the waters of the Murray for irrigation purposes; the settlement of riparian rights; the protection of game; the preservation of inland and coastal fisheries; inter-state sanitary laws and inspection laws generally.

HISTORICAL NOTE.—The Bill of 1891 contained a sub-clause in substantially the same words, except that in place of the single word “power” there was the phrase “legislative powers with respect to the affairs of the territory of the Commonwealth, or any part of it.” (Conv. Deb., Syd., 1891, p. 698.)

At the Adelaide session, in 1897, the sub-clause was passed practically in its present form. At the Melbourne session Mr. Barton explained that the words omitted were thought to be surplusage. Some discussion took place as to the scope of the sub-clause. (Conv. Deb, Melb., pp. 225–6.) Drafting amendments were made before the first report and after the fourth report.