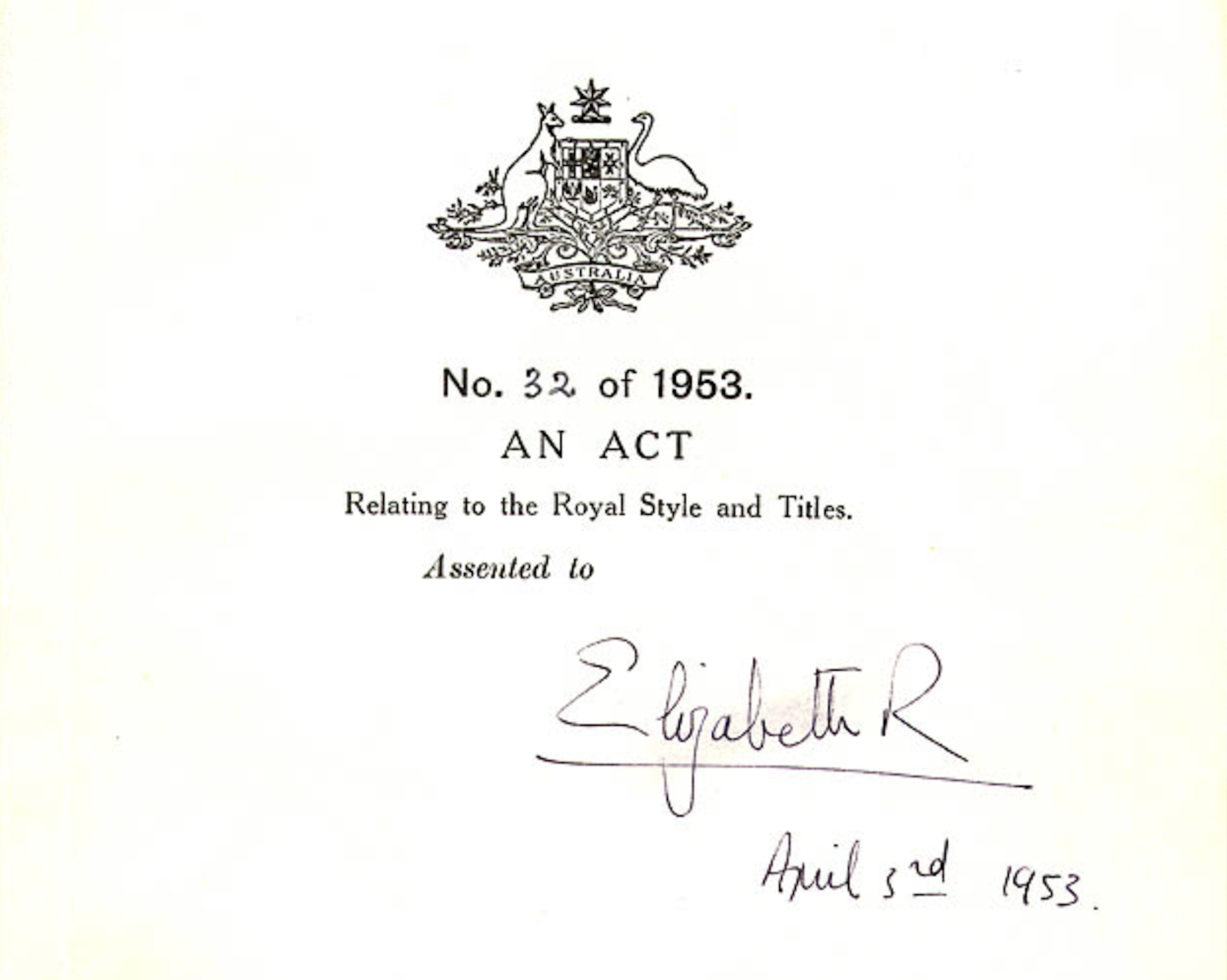 WHEREAS it was recited in the preamble to the Statute of Westminster, 1931 that it would be in accord with the established constitutional position of all the members of the British Commonwealth of Nations in relation to one another that any alteration in the law touching the Royal Style and Titles should, after the enactment of that Act, “require the assent as well of the Parliaments of all the Dominions as of the Parliament of the United Kingdom.

AND WHEREAS it was agreed between the Prime Ministers and other representatives of Her Majesty’ s Governments in the United Kingdom, Canada, Australia, New Zealand, the Union of South Africa, Pakistan and Ceylon assembled in London.

The assent of the Parliament is hereby given to the adoption by Her Majesty, for use in relation to the Commonwealth of Australia and its Territories, in lieu of the Style and Titles at present appertaining to the Crown, 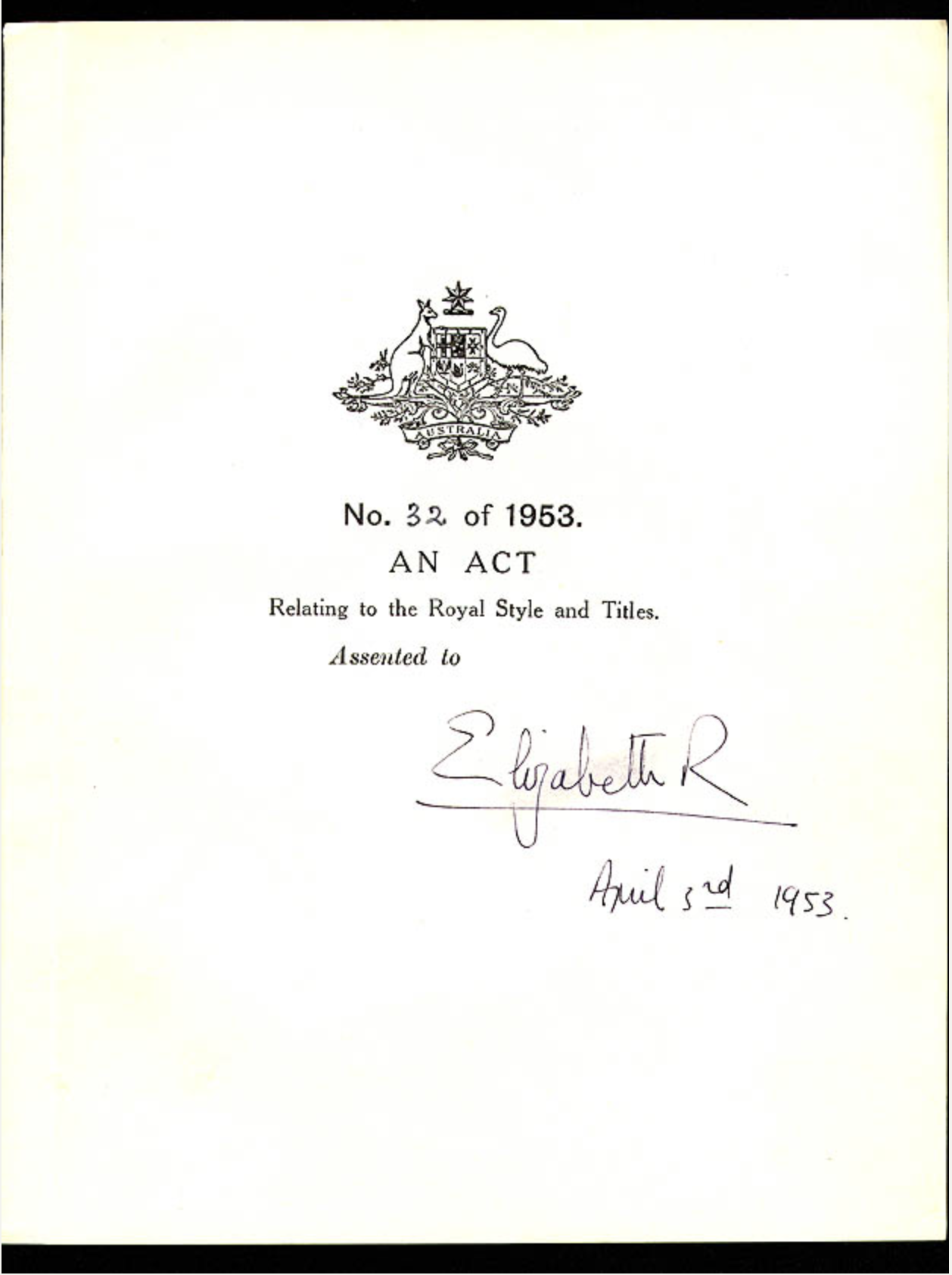 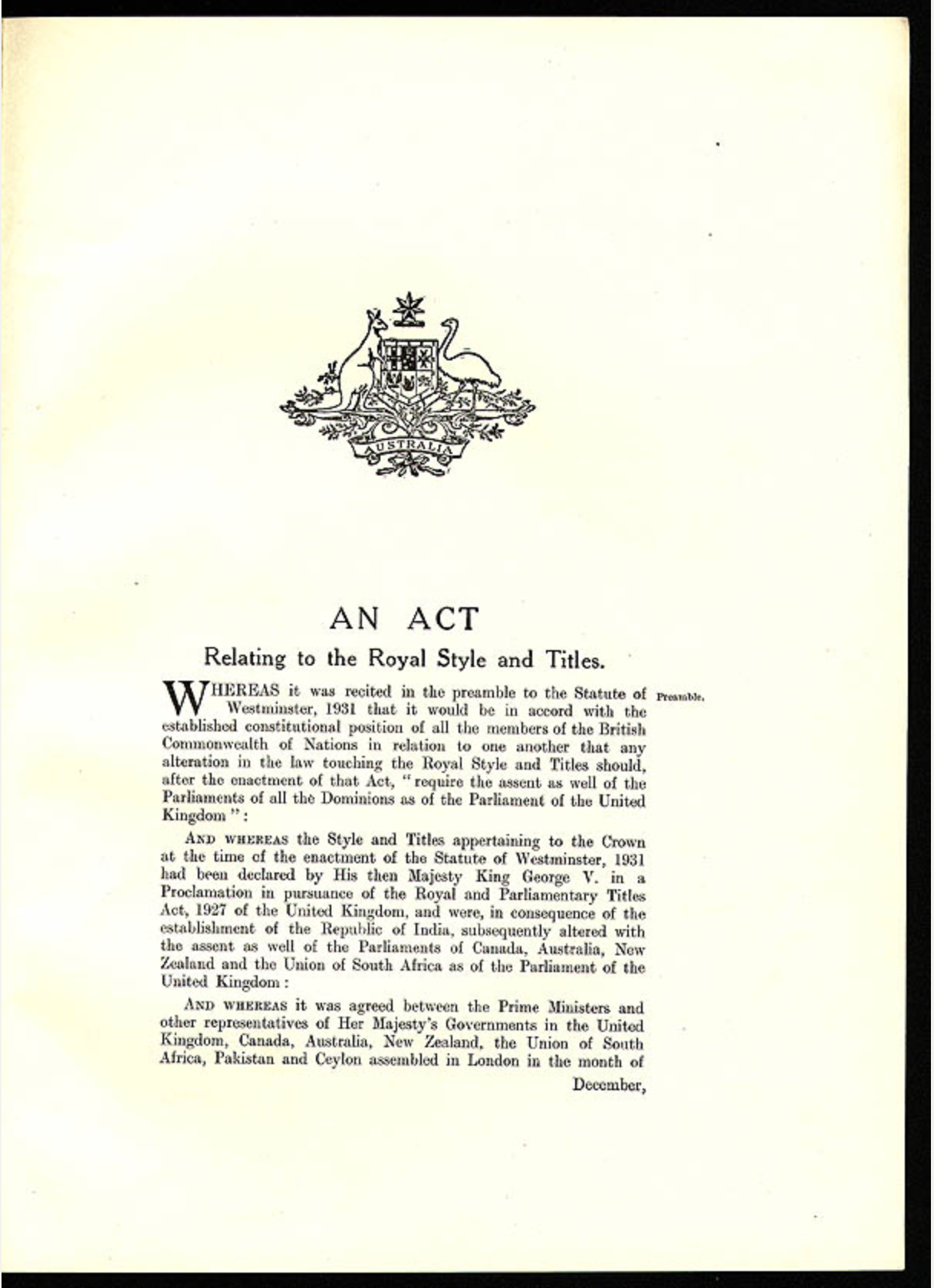 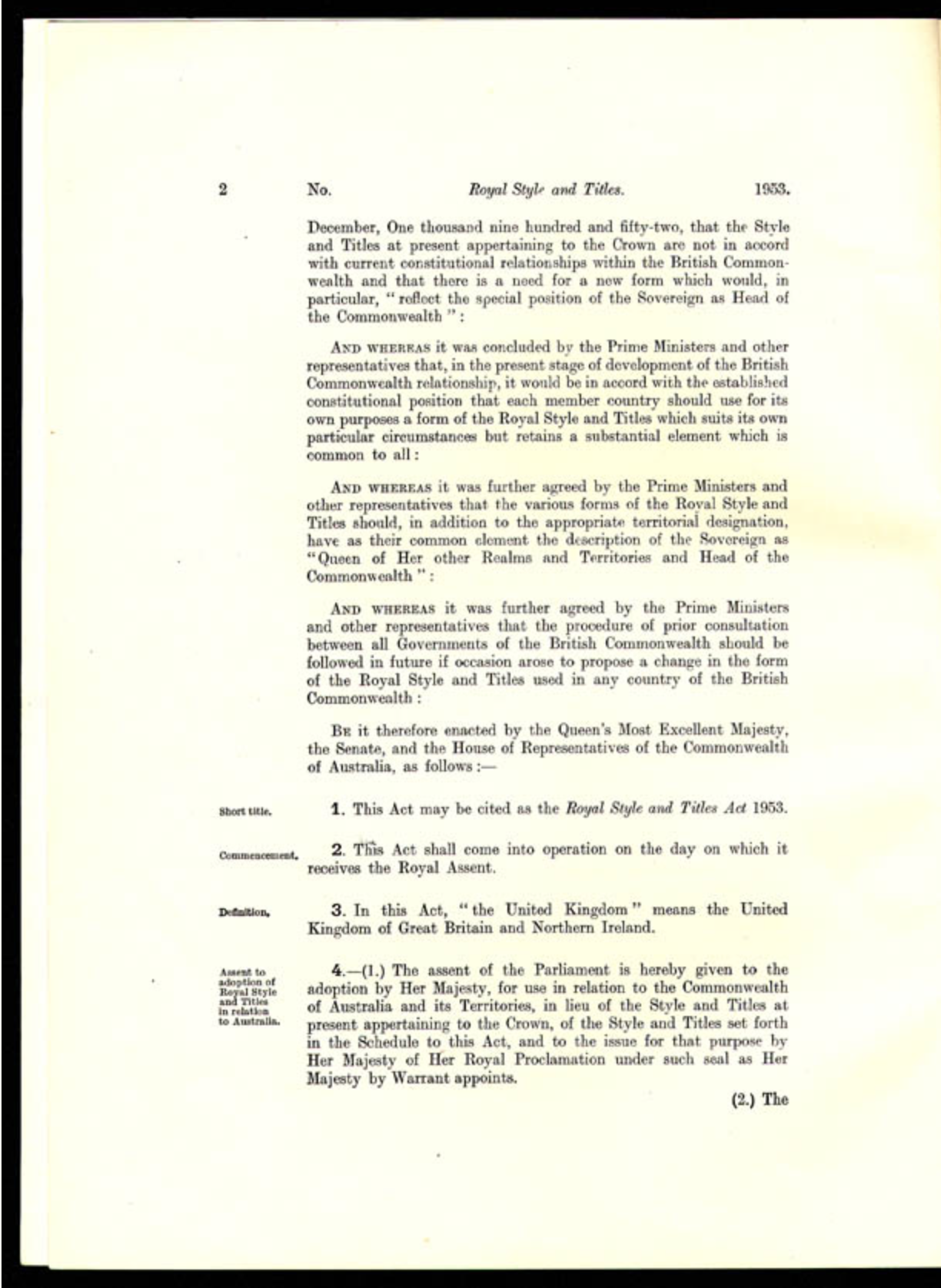 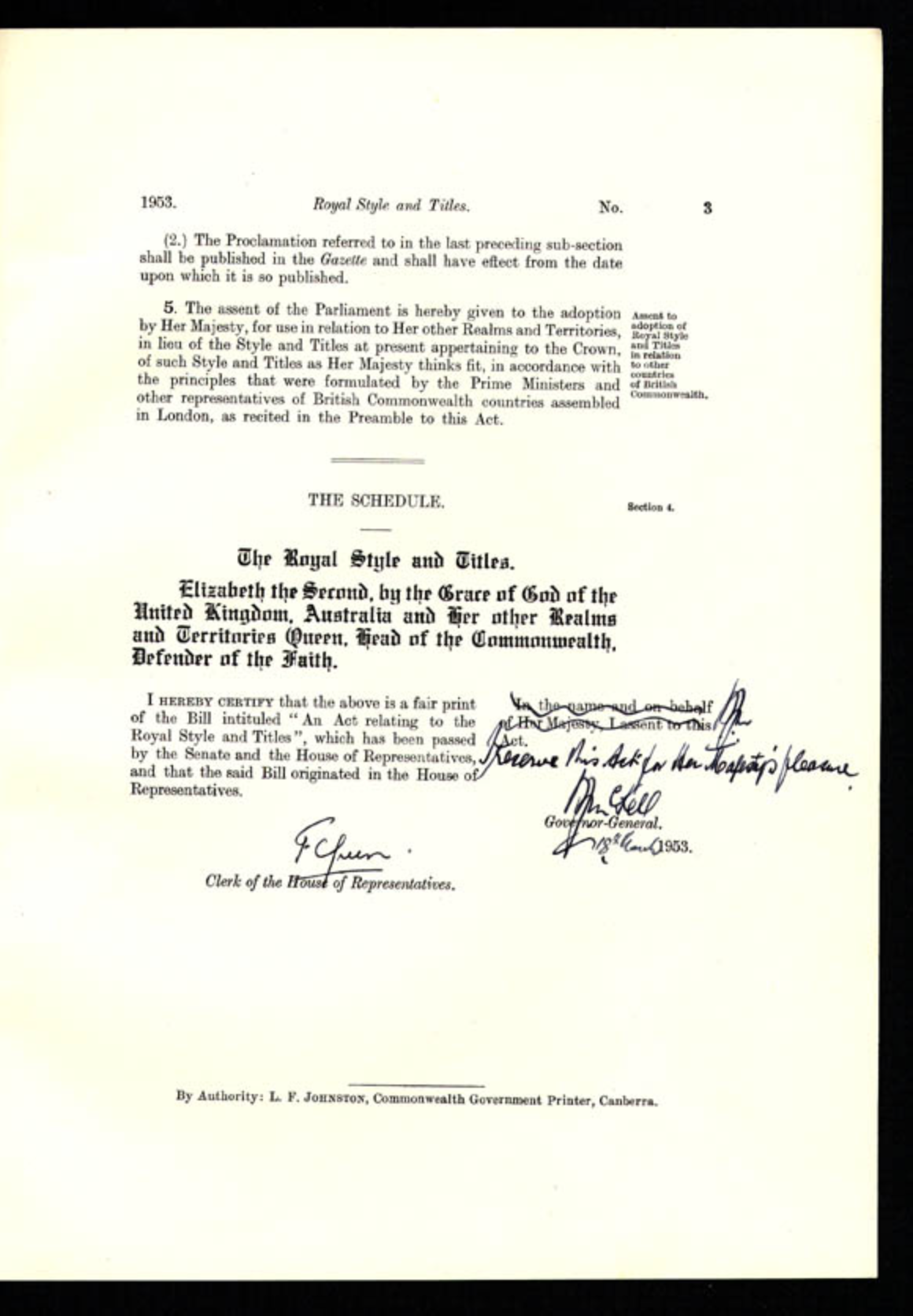 The Constitutional definition of the Commonwealth at 1953...