The Morrison government has been accused of breaching disclosure laws by scaling back the peak agency which oversees the release of information amid a growing row over public sector secrecy.

Former Commonwealth ombudsman John McMillan said the government's approach to Freedom of Information was undermining transparency and breaching the spirit of federal law. 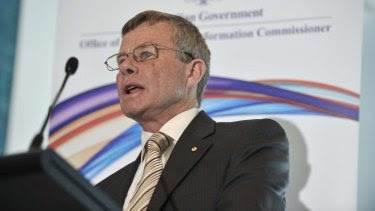 John McMillan said the failure to appoint three commissioners can be read by the public service as a message that transparency is not important.

The warning intensifies the debate over a backlog of requests for information by citizens and the media, with the Department of Home Affairs failing to release documents within the legal deadline in one out of four cases.

Mr McMillan said the government should meet the obligations set by Parliament to appoint three statutory commissioners: an information commissioner, a privacy commissioner and an FOI commissioner.

The government has instead collapsed the three roles into one position, fulfilled by Information Commissioner Angelene Falk, despite calls for more funding to end the backlog and prevent longer delays for decisions to release documents.

"The fact that there is only one commissioner undermines the whole sense of the model," said Mr McMillan, who was Commonwealth Ombudsman from 2003 to 2010 and the Australian InformationCommissioner from 2010 to 2015.

"The failure of the government to appoint three commissioners can also be read by the public service as a message that transparency is not important."

Official figures show an 80 per cent jump in appeals to the Office of the Australian Information Commission over the past four years against federal department decisions to withhold documents.

There were 38,879 requests under FOI across the Australian government last year, with 83 per cent of them seeking personal information and a majority of them lodged with the departments of Home Affairs, Human Services and Veterans' Affairs.

Applicants who are unhappy with a department's decision can seek a review by the Office of the Australian Information Commissioner but Ms Falk, the agency's chief, warned this week she needed more funds to fix delays. 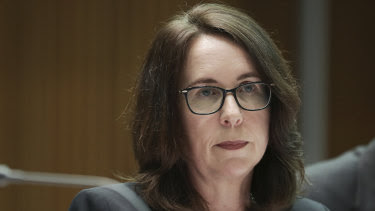 "In order to meet the timeliness objective of the FOI Act and provide faster outcomes for the community, additional resources are required," Ms Falk told a Senate estimates hearing.

A key complaint is the government has only the one commissioner and Mr McMillan, an emeritus professor at the Australian National University, said while "probably unenforceable by legal procedure" it is a legal requirement to have three roles.

"Under normal principles one would expect the executive to implement the scheme that the Parliament has enacted.

"I think the spirit of the law is being broken. The model is for three commissioners."

Former privacy commissioner Malcolm Crompton said there seemed to be little doubt of a decline in transparency in recent years but that the fights over FOI went back decades, including fee increases under Labor governments.

Mr Crompton said the media shared responsibility for the problem when it accepted the "mystical concept" of "on water matters" when the government rejected requests for information about asylum seekers.

Labor Senator Kim Carr challenged the government in Senate estimates on Tuesday night over delays at Home Affairs that breached the legal deadlines.

'A culture of secrecy': what is the Right to Know campaign about?

"That's not a question that I feel I'm able to answer," Ms Falk replied.

The Sydney Morning Herald and The Age have joined a media industry campaign against government secrecy, with one objective being reforms to FOI law to release information more quickly and with fewer redactions.

Mr McMillan said past evidence, including work by the Productivity Commission, showed that Australians gained better government if they had more transparent government.

"An open data culture, which is part of an open government culture, undoubtedly leads to better government, better economic performance, better delivery of social services and more trust in representative democracy," he said.