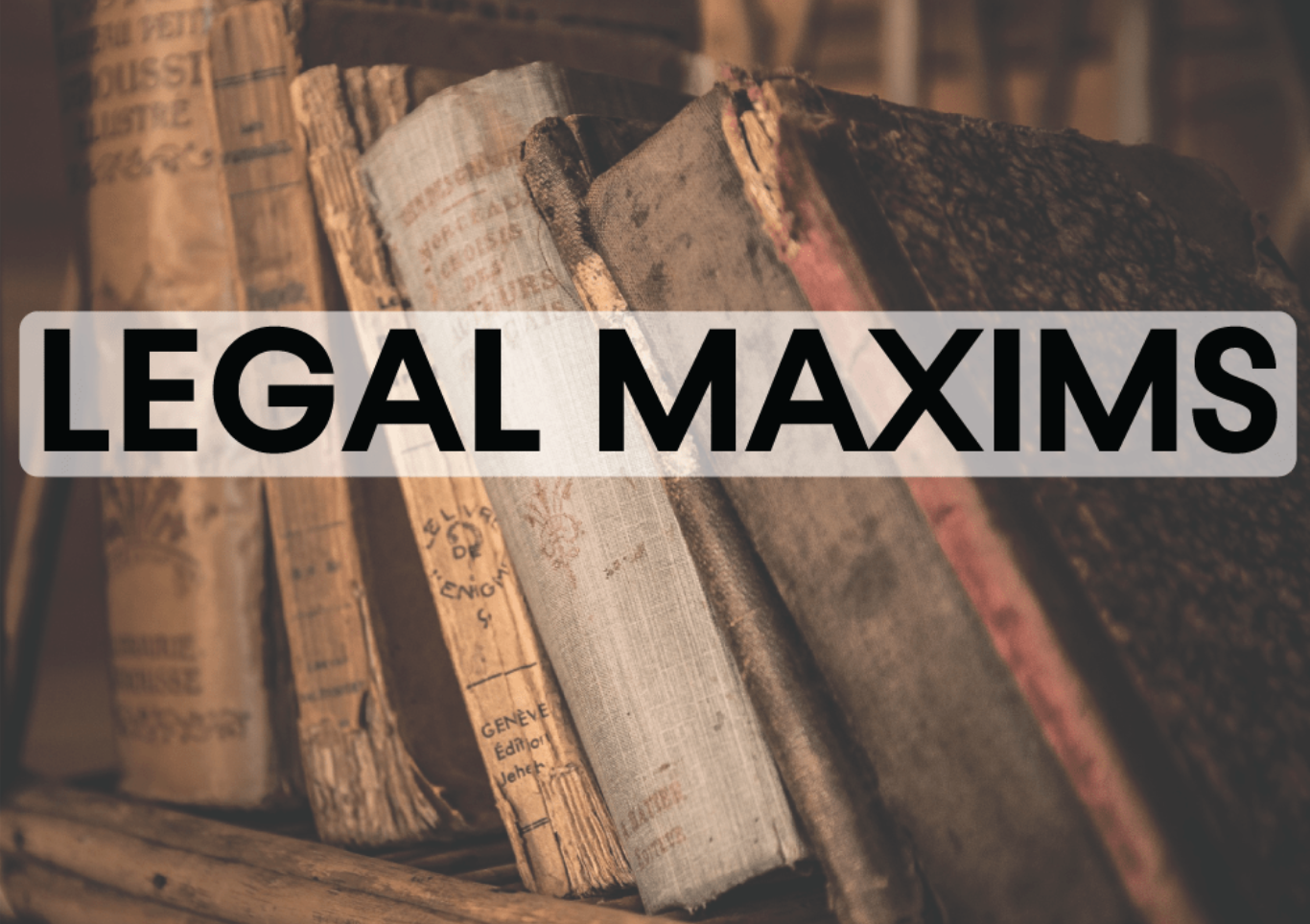 Maxim (Bouvier's Law Dictionary, 1856): An established principle or proposition. A principle of law universally admitted, as being just and consonant with reason.

2. Maxims in law are somewhat like axioms in geometry. 1 Bl. Com. 68. They are principles and authorities, and part of the general customs or common law of the land; and are of the same strength as acts of parliament, when the judges have determined what is a maxim; which belongs to the judges and not the jury. Terms do Ley; Doct. & Stud. Dial. 1, c. 8. Maxims of the law are holden for law, and all other cases that may be applied to them shall be taken for granted. 1 Inst. 11. 67; 4 Rep. See 1 Com. c. 68; Plowd. 27, b.3. The application of the maxim to the case before the court, is generally the only difficulty. The true method of making the application is to ascertain how the maxim arose, and to consider whether the case to which it is applied is of the same character, or whether it is an exception to an apparently general rule.

4. The alterations of any of the maxims of the common law are dangerous. 2 Inst. 210.

Below is 65 pages of legal maxim, followed by a categorised list.