Home »State Governor»Is the Office of the Governor of Victoria valid if it ceases to operate under Letters Patent?

And whereas it has become necessary to make permanent provision for the Office of Governor in and over Our State of Victoria and its Dependencies, in the Commonwealth of Australia.

The Victorian government has usurped the Office of the Governor by removing Letters Patent in the Constitution Amendment Act 1994. How is it that the Office can be validated if the Governor is now an employee of the State, a mere portfolio now under the Premier and Cabinets Office? Where is the instrument of delegation of Prerogative powers to an employee of the State of Victoria, an office merely  under the Premier of the State. A shift in the structure of power. 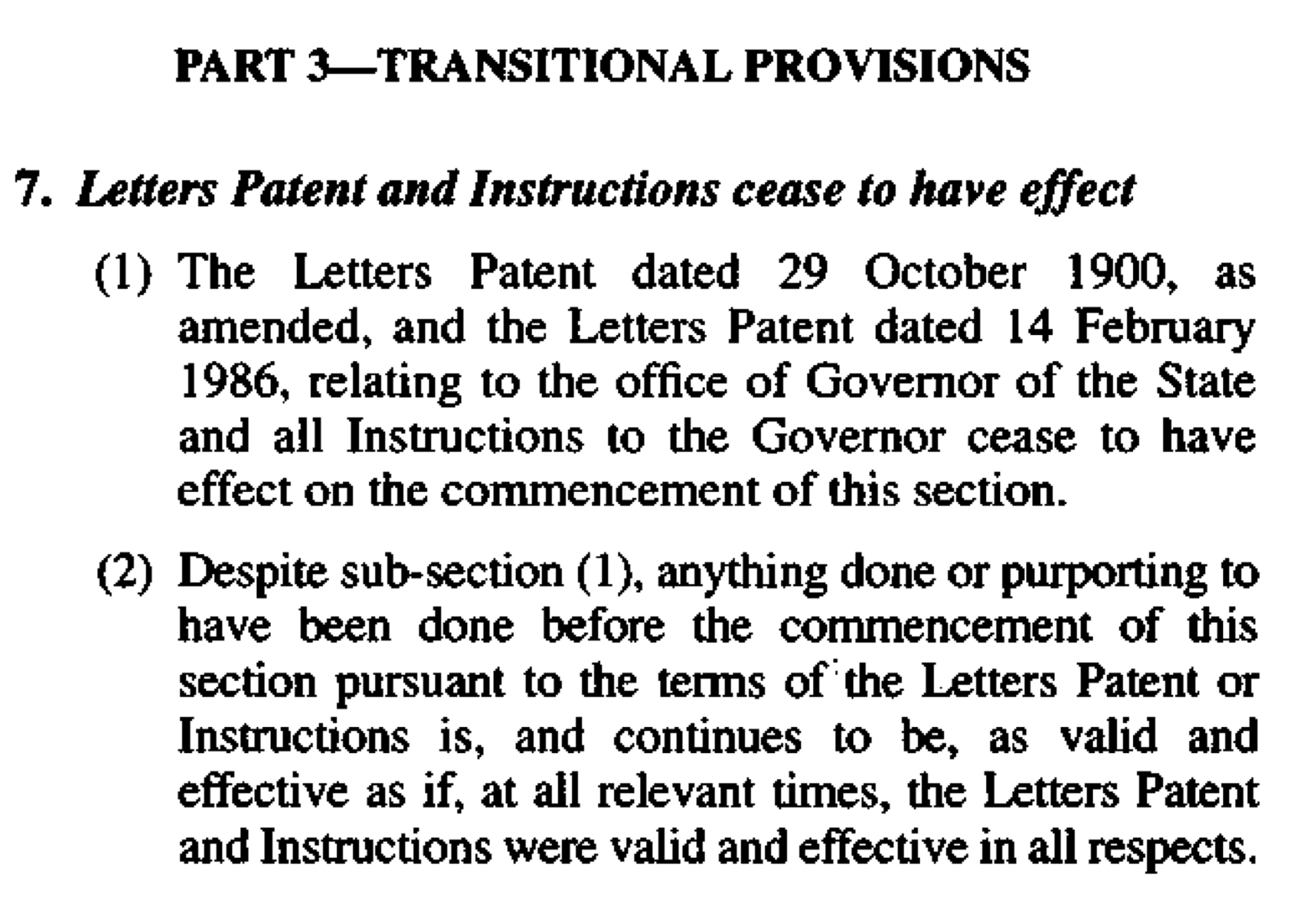 Use the toolbar at top of each page to open and scroll.