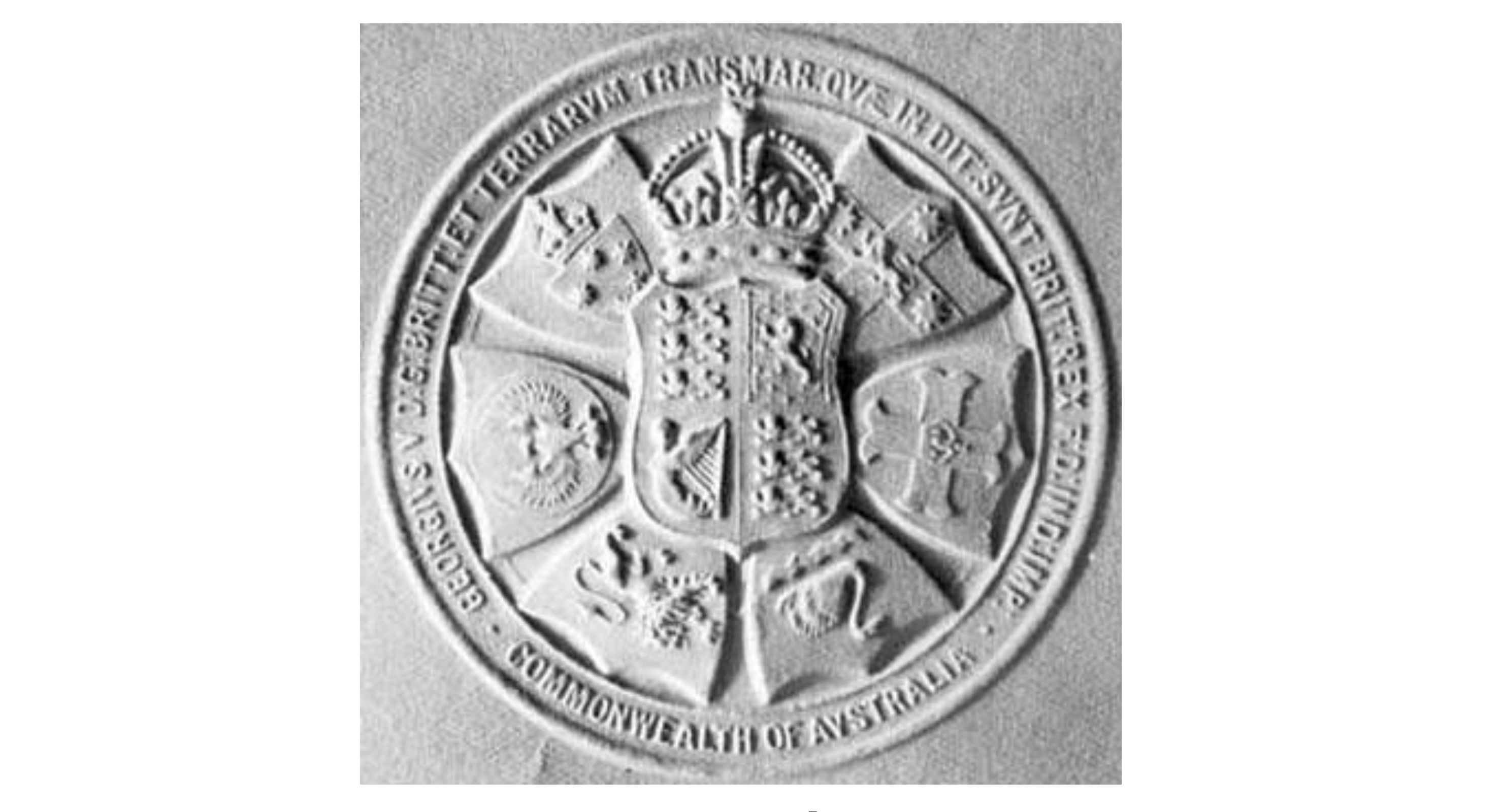 Home »Commonwealth»Great Seal of the Commonwealth Replaced and Defaced.

was issued, this seal was for use in the Commonwealth of Australia

and its Territories appertaining to the Crown.

was issued, this seal was for use in Australia and its Territories

in lieu of the Style & Title pertaining to the Crown.

Evidence of the defacing of the Great Seal of the Commonwealth

is below, signed by the Governor General. 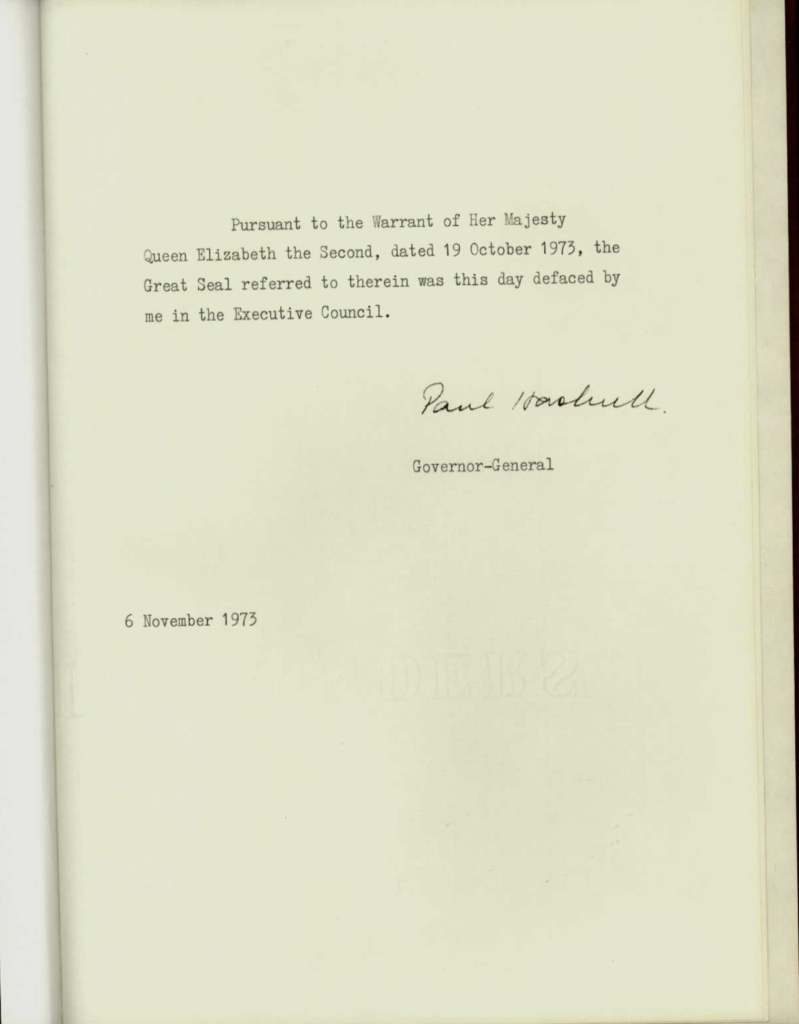