No enumerated head of power exists within the Constitution to create an alternate Queen or Crown.


The AG provides opinions as previously made and then provides a finding for evidence which negates the opinions.

As confirmed by Bill No.1 of the Constitutional Commission Report 1988 below.

This Bill has never been presented to the electors at referendum and the recognition of the Queen of Australia within the Constitution fails to exist to this day. 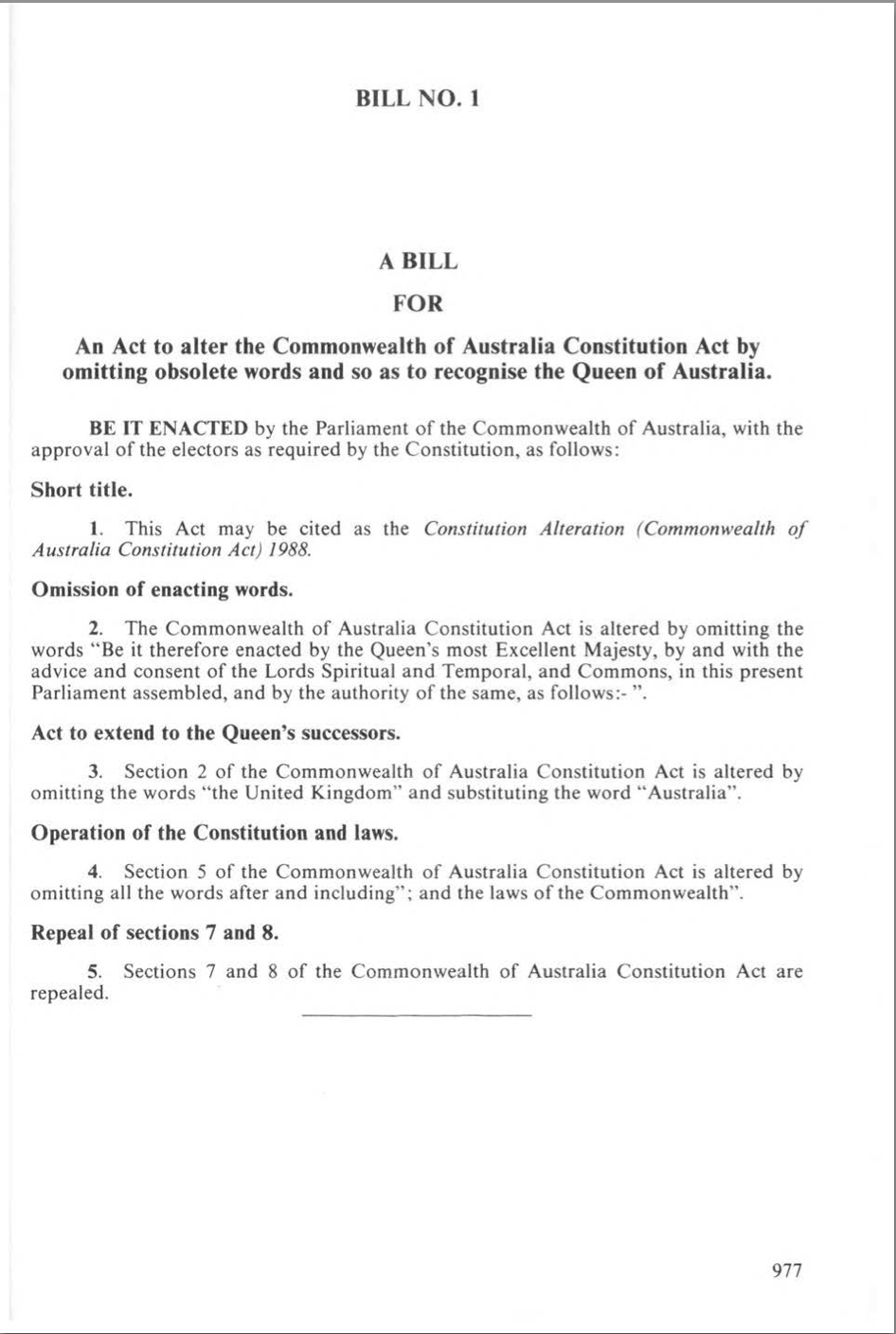