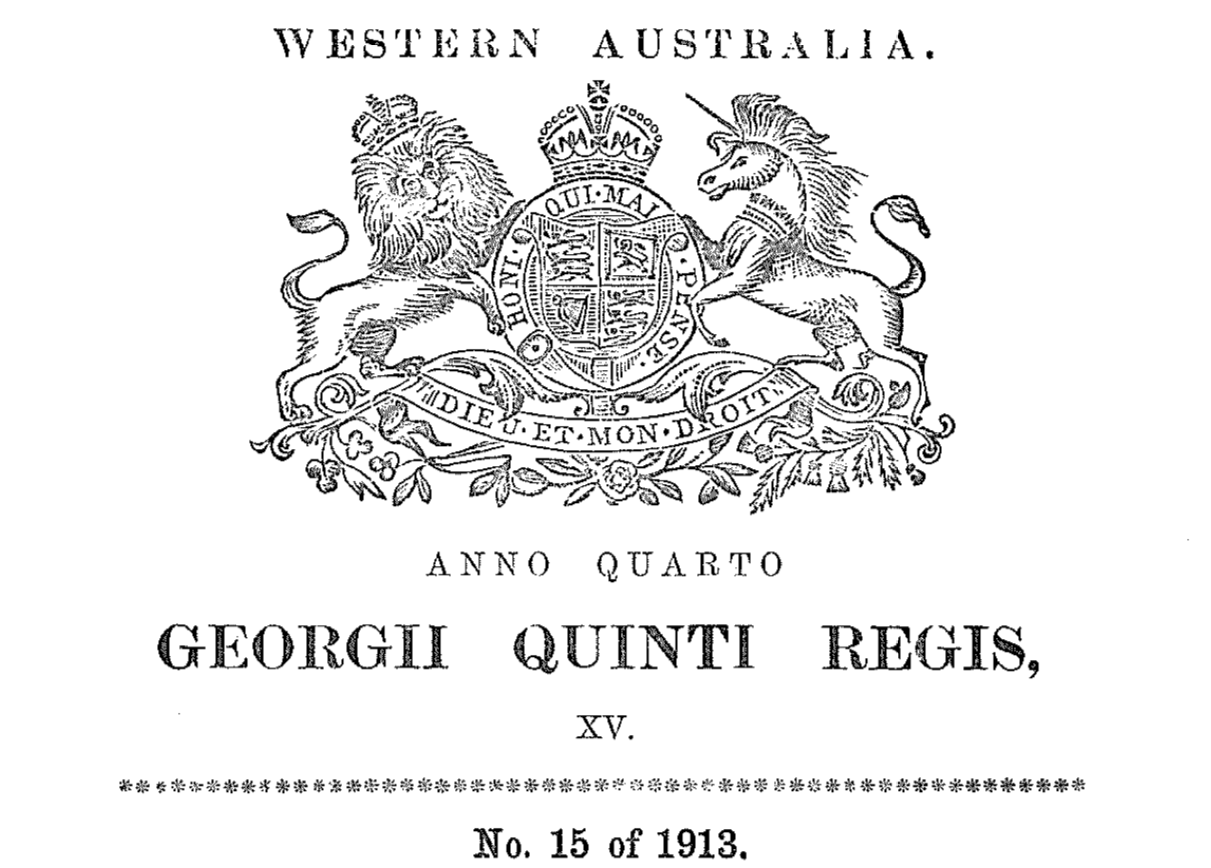 Whereas the Legislative Council and Legislative Assembly on 22 December 1911, directed the compilation with its amendments of the Criminal Code Act 1902; and a compilation of the said Act and the Acts amending the same was duly made in accordance with the Statutes Compilation Act (as amended): And whereas it is desirable to repeal the Acts so compiled: And whereas in order to carry out the purposes of the Criminal Code Amendment Act 1913, it is desirable to include in the compilation the further amendments authorised to be so included by that Act, and also the provisions of the Secret Commissions Act 1905 (except section 19 thereof), and to repeal the last‑mentioned Act and the portions of the Criminal Code Amendment Act 1913, containing the said further amendments: And whereas the Acts and the parts of an Act which it is desirable to repeal are set out in the Appendix A; and the compiled Act set out in Appendix B is a true compilation of the Acts and parts of Acts so directed to be compiled or authorised to be included in the compilation as aforesaid, and it is desirable to give such compilation the force of law. Be it therefore enacted by the King’s Most Excellent Majesty, by and with the advice and consent of the Legislative Council and Legislative Assembly of Western Australia, in this present Parliament assembled, and by the authority of the same, as follows:

(1)     All offices, appointments, regulations, rules, convictions, sentences, judgments, orders, registers, records, certificates, and instruments, and generally all acts of authority, which originated or were operative or subsisting under any enactment repealed by this Act and hereby re‑enacted with or without modification, and which are subsisting or in force on or immediately prior to the commencement of the compiled Act shall, subject to that Act, enure for the purposes thereof as fully and effectually as if they had originated under the corresponding provisions of that Act, and accordingly shall, where necessary, be deemed to have so originated.

(2)     All offences committed against and all pending matters and proceedings commenced under any such enactment may be prosecuted, continued, and completed under and subject to the provisions of the compiled Act.

An intention to effect any of the following purposes, that is to say —

(a)     To bring the Sovereign into hatred or contempt;

(c)     To excite Her Majesty’s subjects to attempt to procure the alteration of any matter in the State as by law established otherwise than by lawful means;

(d)     To raise discontent or disaffection amongst Her Majesty’s subjects;

(e)     To promote feelings of ill‑will and enmity between different classes of Her Majesty’s subjects;

is a seditious intention, unless it is justified by section 45.

It is lawful for any person —

(a)     To endeavour in good faith to show that the Sovereign has been mistaken in any of Her counsels; or

(b) To point out in good faith errors or defects in the Government or Constitution of the United Kingdom, or of the Commonwealth of Australia, or of Western Australia as by law               established, or in legislation, or in the administration of justice, with a view to the reformation of such errors or defects; or

(c)     To excite in good faith Her Majesty’s subjects to attempt to procure by lawful means the alteration of any matter in the State as by law established; or

(d)     To point out in good faith in order to their removal any matters which are producing or have a tendency to produce feelings of ill‑will and enmity between different classes of Her Majesty’s subjects.

A seditious enterprise is an enterprise which is undertaken in order to the carrying out of a seditious intention.

Seditious words are words expressive of a seditious intention.

The term seditious writing includes anything intended to be read, and any sign or visible representation, which is expressive of a seditious intention.