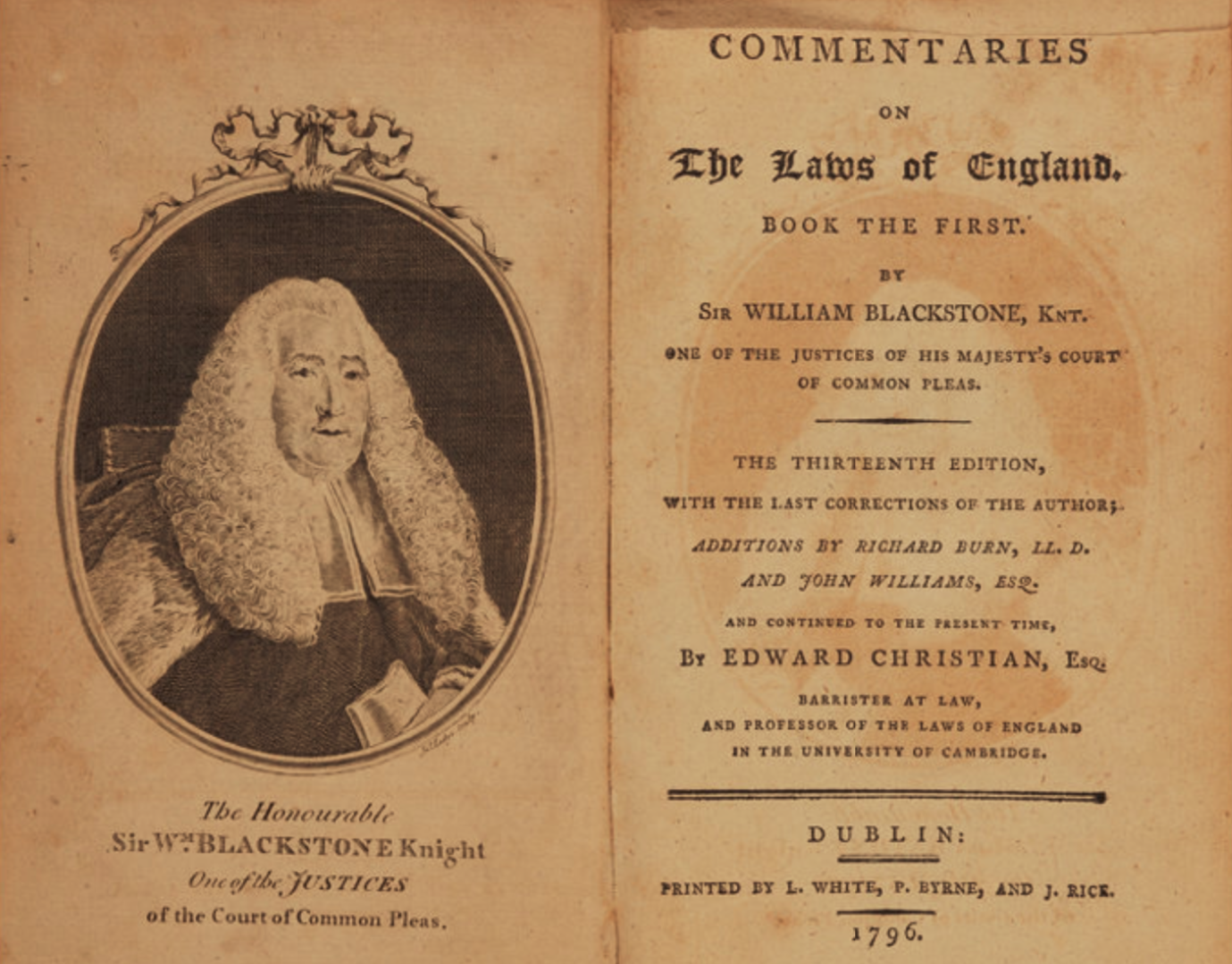 The Commentaries on the Laws of England are an influential 18th-century treatise on the common law of England by Sir William Blackstone, originally published by the Clarendon Press at Oxford, 1765–1770. The work is divided into four volumes, on the rights of persons, the rights of things, of private wrongs and of public wrongs.

The Commentaries were long regarded as the leading work on the development of English law and played a role in the development of the American legal system. They were in fact the first methodical treatise on the common law suitable for a lay readership since at least the Middle Ages. The common law of England has relied on precedent more than statute and codifications and has been far less amenable than the civil law, developed from the Roman law, to the needs of a treatise. The Commentaries were influential largely because they were in fact readable, and because they met a need.


Volume 3 Blackstone Commentaries on the Laws of England 1768